I will be the first to say that my husband and my daughter are obsessed with Impractical Jokers. They have been watching together for many years and I hear their laughters every single time they watch. It is actually so cute! They were even thinking about going on the Impractical Jokers cruise this year but that did not happen. Maybe next year! So that is why there were excited that they can now watch Impractical Jokers at home during the Pandemic every single day, because it is now available on Digital and DVD!

“Impractical Jokers raised the stakes bringing their hijinks to the big screen and we couldn’t be more proud of their impressive box office debut,” said Brett Weitz, General Manager for TNT, TBS, & truTV. “The unwavering support of their fans prove that this comedy franchise continues to provide endless laughs and entertainment that we are pleased to bring into homes.”

“Impractical Jokers first premiered on truTV to much fanfare in December 2011 and quickly became a hit, especially among young adults,” said Mary Ellen Thomas, WBHE Senior Vice President, Originals, Animation & Family Marketing. “The power of the loyal fanbase has proven the sky’s the limit for this comedy franchise, and we are eager to bring home the laughter and antics of their first feature film for the whole family to enjoy.”

“For all our wonderful fans who’ve been requesting, we’re happy to announce that Impractical Jokers: The Movie will be available in your homes to watch digitally on April 1st”, said The Tenderloins. “Hoping we can provide some laughs to families and friends at a time when we can all surely use some.”

Impractical Jokers: The Movie stars James “Murr” Murray, Brian “Q” Quinn, Joe Gatto, and Sal Vulvano, also known as the comedy troupe The Tenderloins, playing themselves in a fictional story of a humiliating high school mishap from the early nineties. Featuring appearances from Paula Abdul, Jaden Smith, and Joey Fatone, the movie combines the fictional narrative with real life footage of over-the-top punishments and callbacks to classic moments from the series. Once the Impractical Jokers hit the road, they compete in hidden camera challenges for the chance to turn back the clock and find redemption. 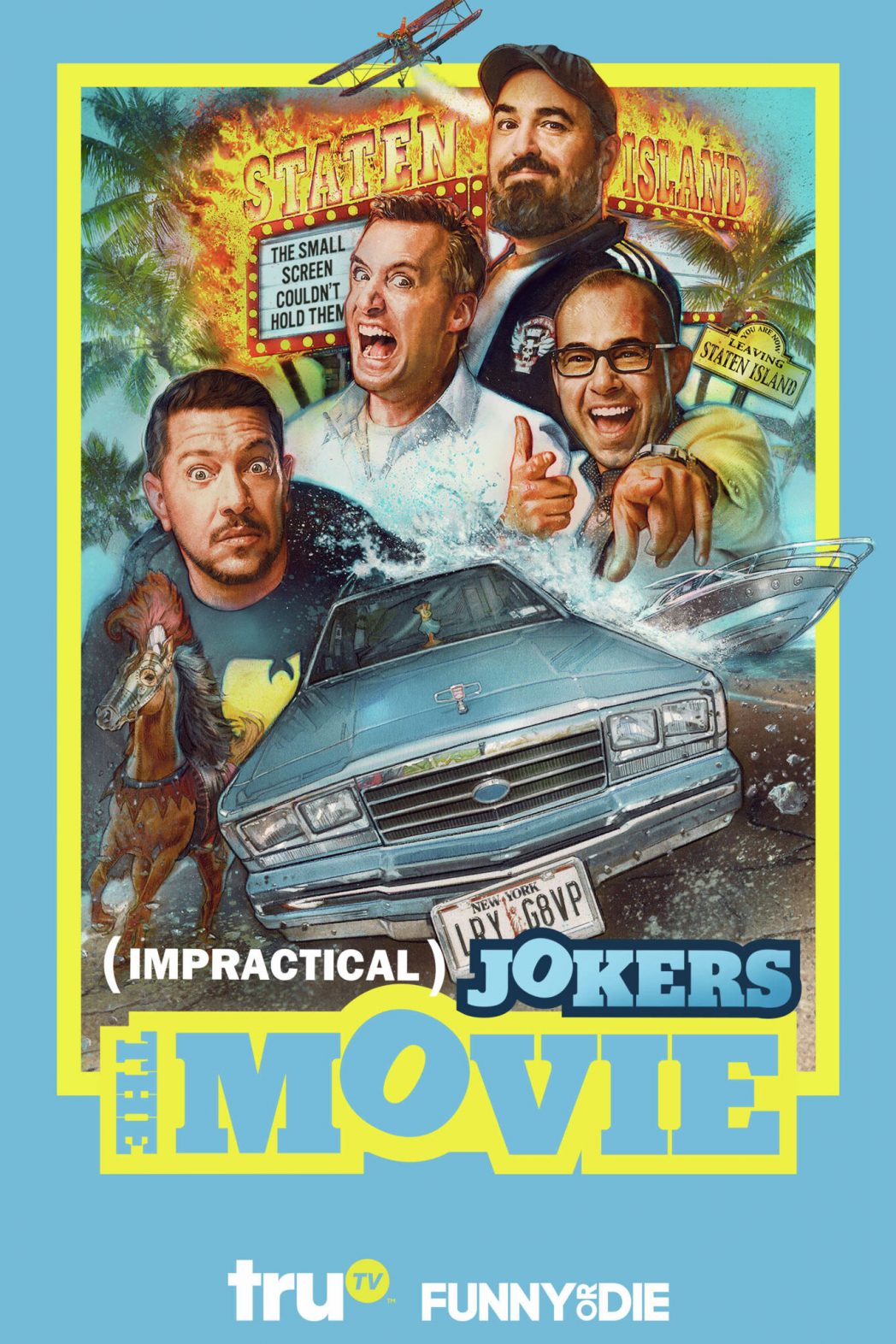 To keep yourself laughing during the Pandemic, be sure to check out the Impractical Jokers movie! Joe Gatto, James Murray, Brian Quinn and Sal Vulcano keep the laughs rolling through the ongoing challenges and fun. If you are a fan of the show, you definitely want to own this movie.

Giveaway: One winner will receive a digital code for Impractical Jokers. This giveaway is run via rafflecopter so click read more to see the actual giveaway. The only mandatory entry is to tell me who you want to win this for in the comment section proceeding this post. While the other entries are optional, I highly suggest filling it out to increase your chances of winning. US only. Good luck!
a Rafflecopter giveaway

*I worked on the release of this DVD. All opinions are my own and not swayed by outside sources.*