*I received compensation for participating in this twitter party through The Motherhood. All my opinions are my own and not swayed by outside sources.* 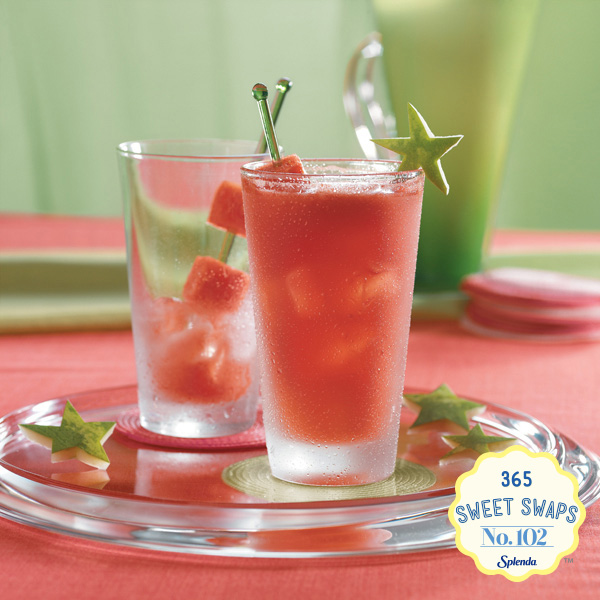 Are you ready for a great Twitter Party? I know I am! Come join us for the SPLENDA® #SweetSwaps Twitter Party on Wednesday August 6 at 12 pm! It will be a great time!

Throughout 2014, SPLENDA® Brand has been serving up daily tips and recipes at www.365SweetSwaps.com and now they want to hear from you! Join The Motherhood for a SPLENDA® Brand #SweetSwaps for Summer Twitter Party to help kick off an exciting, new feature of the SPLENDA® SWEET SWAPS™ initiative: User Generated Content!

To help kick start the culinary creations, during this Twitter Party, we’ll be sharing fresh ideas for swapping full sugar for SPLENDA® Sweetener Products in favorite summer recipes. We can’t wait to hear your recipe ideas, tips and tricks! Be sure to submit them to the 365 SWEET SWAPS™ Tumblr page during the 24-hour Pre-Party and tweet about them during the Twitter Party, too, in order to be eligible to win a SPLENDA® Brand Prize Pack! 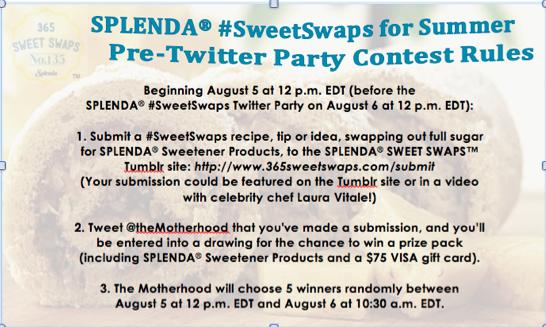 Make sure to follow @theMotherhood prior to the Twitter Party for your chance to win before it even begins!

Be sure to follow the following co-hosts for this rocking party!