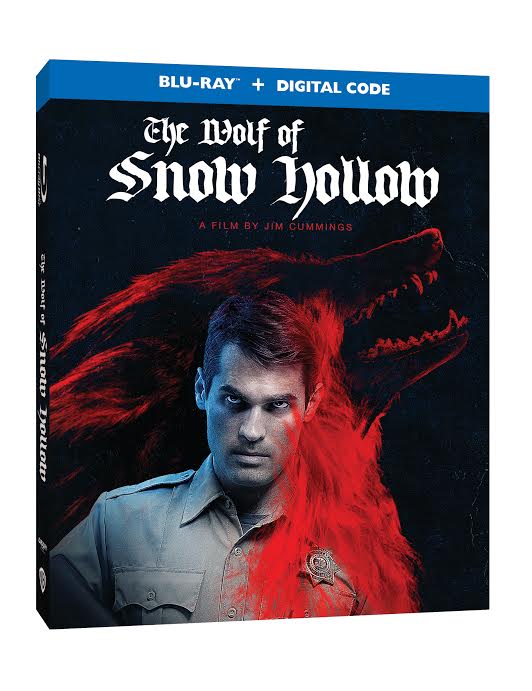 “The Wolf of Snow Hollow” is produced by Matt Miller, Natalie Metzger and Ben Wiessner on behalf of Vanishing Angle alongside Kathleen Grace, Matt Hoklotubbe, and Michael McGarry on behalf of New Form.  Nick Spicer and Pip Ngo serve as executive producers on behalf of XYZ Films.

A small-town sheriff, struggling with a failed marriage, a rebellious daughter, and a lackluster department, is tasked with solving a series of brutal murders that are occurring on the full moon. As he’s consumed by the hunt for the killer, he struggles to remind himself that there’s no such thing as werewolves…

I watched this with my husband last night for movie night.  This movie has the perfect balance of horror, appropriate laughs, weaving through a great written script.  The movie starts with gore and horror as PJ and Brianne rent a cabin in the secluded woods where PJ is getting ready to propose. Things take a horrible turn as Brianne is killed in a horrific way and off starts the story trying to figure out who the serial killer is. Unfortunately Brianne is not the only death and it leads us down a trail.

I loved the acting and plot in this movie. I do feel at times it was a bit rushed and honestly at 80 minutes, it could have been a bit longer to finish up the story. Cummings did a wonderful job in this film and I hope to see more of him delving into these genres.

I give Wolf of Snow Hollow 4/5 stars.