Inspired by a real life legend, Emperor is now on DVD. I am a big fan of “based on real life movies” and Emperor peaked my interest from the start. It tells the story of Shields “Emperor” Green who defied the odds in life to change the course of his life and his fate. This movie was harrowing and inspiring all while leaving one interested to google more about Shields Green once the movie finished. This was a very dark period of history and one that is not brought up often. While slow at certain times of the film, it was very interesting to see just how strong the Emperor was. It brought up the harrowing truth of slavery and bravery necessary to win the fight for the freedom of the black people.  It showcases what they went through and uses that to empower us today to make sure this never happens again.

Witness the story of a man who defied impossible odds to change the course of his life and the fate of the nation in the action-packed drama EMPEROR. Inspired by a true legend, the thrilling film arrives on Digital, DVD and On Demand now from Universal Pictures Home Entertainment. Based on the harrowing and inspirational journey of Shields Green, one of the many brave men in history, who risked his life to fight against the horrors of slavery and save his family, EMPEROR is a stirring account of an extraordinary uprising in the pre-Civil War South. 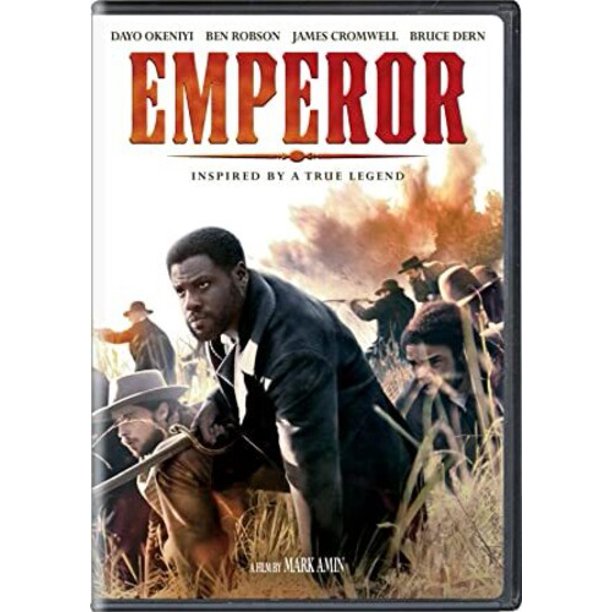 A captivating and emotional story of courage, EMPEROR is based on the iconic American freedom fighter and legend Shields “Emperor” Green (Dayo Okeniyi, Terminator Genisys, “Shades of Blue”) a descendant of African kings turned outlaw slave. The film tells the astonishing tale of Green’s escape from slavery and his transformation into one of America’s greatest heroes. Seeking freedom for his family, Emperor fights his way north, joining the daring raid on Harper’s Ferry, the key battle of the abolitionist movement which helped spark the beginning of the Civil War and alter the course of American history.

I would give Emperor 3/5 stars.

The Real Difference Between Cheaper and Expensive Stainless Steel Cookware
Lionsgate’s Red Shoes and the Seven Dwarfs Now Available on DVD and Digital!