It’s that time of year again when the itchy eyes, sniffles, and scratchy throats take over our lives. As if dealing with a global pandemic hasn’t been bad enough, we’re smack dab in the middle of allergy season too! I don’t know about my readers but when we’re in the thick of allergy season in my home state, I get all of the symptoms to the point where there’s no doubt that it is in fact allergies and I’m not actually dying; although I sometimes I just think that I might. Okaysou Air Purifiers to the Rescue!

All joking aside, those of my readers who do know the suffering that comes with allergy season, you know how debilitating it can actually be. Swelling of glands, the itchy and puffy eyes, scratchy throat that won’t quite and sneezing fits that take your breath away are no joke. They can take a lot out of you and sometimes the medicines you can get over the counter just aren’t enough to cut out symptoms as much as you’d like. 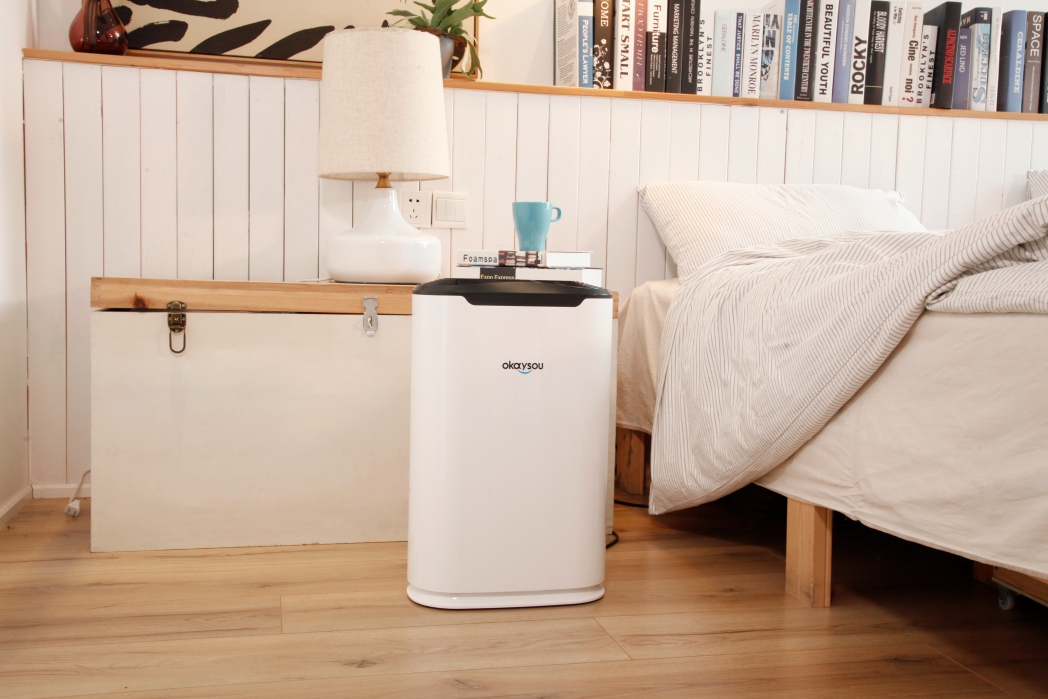 Honestly, one great way to cut down on allergy symptoms that I’ve learned over the years, is to add in a good air purifier to your home. Sounds a little crazy to some folks but I’m living proof that those quiet little gadgets make a world of difference when used properly along with my trusted allergy medicine of choice. 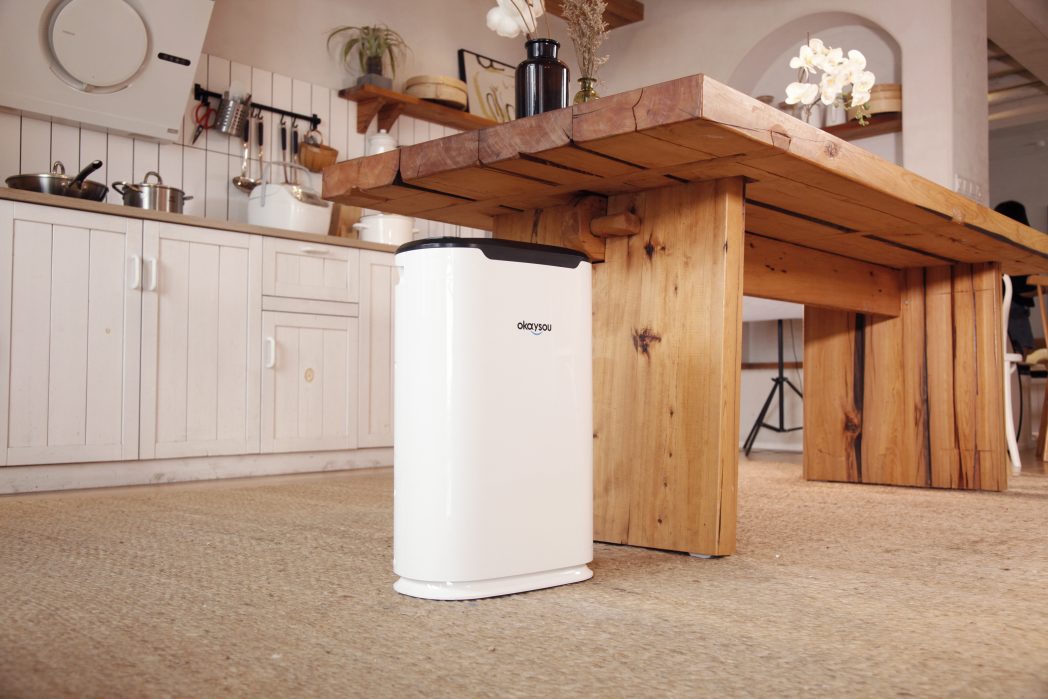 Air purifiers work by filtering the existing air of the space they’re in, and removing pollutants such as dust, mold, hair, bacteria and pet dander. The removal of these allergens from the air we breathe is key to keeping allergy season and even allergies, such as those relating to pets or popular sicknesses such as hay fever, at bay.

Over the years I’ve partnered with several companies that I’ve had the opportunity to feature a review of their products on the Mommyhood Chronicles. This time I’m working with Okaysou to showcase two of their air purifying products, the AirMax8l and the AirMic4S.

The AirMax8l is a medical grade Ultra Duo filtration system that is capable up capturing up to 99.97% of air pollutants such as dust, pollen, smoke, pet dander and household odors as small as 0.25 microns. It also has the ability to breakdown harmful household gasses including formaldehyde, ammonia and benzene.

If you have pets the AirMax8l is a terrific addition to your home. The featured 3-Stage Ultrafiltration and 2-stage Duo Filtration work to keep the air cleaner by catching dander and pet hair that can cause shortness of breath as well as itchy eyes and other symptoms caused by pet allergies. It doesn’t hurt that while it’s keeping your air free of these allergens, that the AirMax8l also works quietly and efficiently, all without the need to constantly fiddle with controls.

Like the AirMax8l, the AirMic4S is another medical grade air purifier that will fit into any room of your home while adding a sleek, modern appeal. This model is much smaller than it’s larger counterpart and can be set on your counter, tabletop, coffee table or even the desk in your home office. It comes with 4 bonus replacement filters, helps to remove pet hair and other air pollutants, and the 2-stage H13 Duo Filter works to remove odors from the air as well. 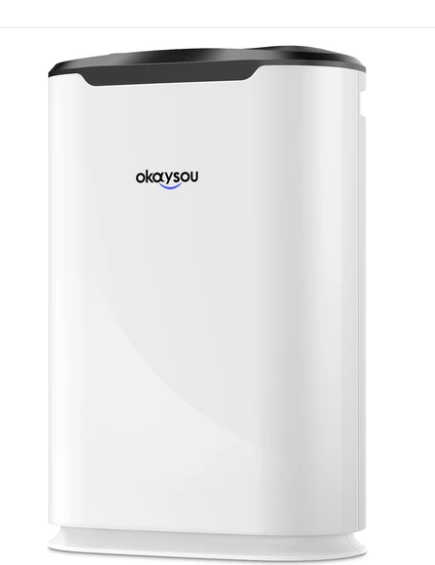 This little workhorse should be up for an award with its ability to trap particles as small as .3 microns, including smoke, harmful gasses and other yucky air pollutants that cause sickness in unfortunate individuals such as myself.

For those looking for a powerful new ally to help fight symptoms of allergies this season, I would certainly recommend that you head over to the Okaysou website and see what options might work best for you and your family’s needs.

It might be the best move you make yet to keep those awful allergies at bay! To keep up to date with the latest and greatest happenings at Okaysou, you can become a follower of their social media platforms such as Facebook|Pinterest|Instagram.