I am a Peppa Pig ambassador. All my opinions are my own and not swayed by outside sources.

Where are my Peppa Pig fans?? Peppa Pig is making a BIG splash this spring with The Golden Boots TV special, DVD and app! With out-of-this-world adventures and loads of muddy puddle fun to be had, Peppa Pig’s The Golden Boots celebration kicks off on Sunday, March 6!

Tune-in with your little ones!

On Sunday, March 6, at 6 p.m. ET, tune-in to Nick Jr. for a very special “peppasode”! In “The Golden Boots,” Mrs. Duck takes a liking to Peppa’s favorite Golden Boots and runs away with them! With the help of her friends, Mummy Pig, Daddy Pig, George, and Grampy Rabbit, Peppa must travel across land, sea, and even into space to track down the Golden Boots before the big Puddle Jump competition! Leading up to the debut of The Golden Boots, fans can celebrate Peppa Pig “Super Fan Sunday,” with back-to-back episodes airing all day long on Nick Jr., beginning at 11 a.m. ET! 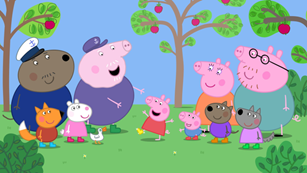 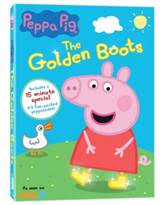 Get app-y with Peppa!

Peppa Pig’s Golden Boots app, launching Sunday, March 6, provides endless fun for fans everywhere! Inspired by Peppa Pig’s “The Golden Boots” special episode, the new app lets young players join Peppa on a day of exciting adventures to help her find her missing golden boots! The brand-new app, from Entertainment One and produced by Kids Industries, features six engaging games that give preschoolers the chance to interactively explore the wonderful world of Peppa Pig with familiar locations and immersive activities. Fans can design Peppa’s new rain boots while playing Dress Up Peppa; draw and write in the mud in Muddy Puddle; blast off on a rocket ship in Space Adventures; make a special visit to Miss Rabbit’s Gift Shop; chop up tasty food in Feed the Ducks, and sing along with the Muddy Puddles Song! 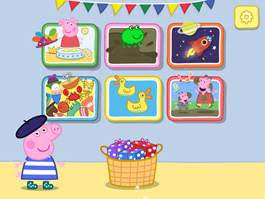 For even more Peppa Pig fun, a very special “Peppa Pig and The Golden Boots” Facebook photo contest is kicking off on Monday, March 7, so be sure to check www.facebook.com/OfficialPeppaPigUS or www.peppapig.com for more information and for your chance to enter to win an oinktastic Peppa Pig prizepack!

Airing each weekday on Nick Jr., Peppa Pig follows the adventures of Peppa, a loveable, exuberant little piggy who lives with her brother George, Mummy Pig and Daddy Pig. Peppa’s favorite things include playing games, dressing up, spending days outdoors, and jumping in muddy puddles. All episodes are wholesome entertainment for the entire family; Peppa’s adventures always end happily with loud snorts of laughter. Peppa Pig episodes are available on DVD, and for download on iTunes and Amazon Instant Video. For more information on Peppa Pig, please visit the popular website and check out Peppa on Facebook, Twitter and Pinterest. 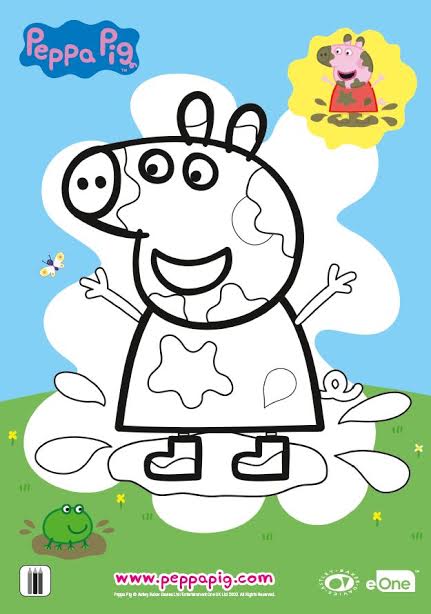 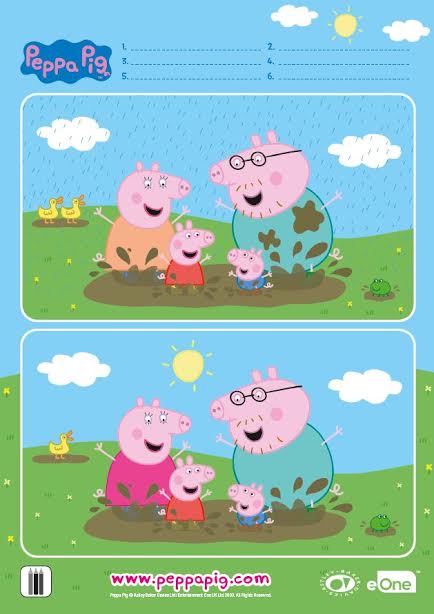 The Sound of Music at the PPAC, Rhode Island and a 4 ticket Giveaway!
Net Nanny – Protecting Your Kids from Internet Dangers!