*I work with Disney on promotions. I received the DVD for review. All my opinions are my own and not swayed by outside sources.*

My love for Into the Woods started when I was a young girl and saw it as one of my first Broadway shows. A few years ago when I heard that they were making Into the Woods into a major motions picture by Disney, I practically did back flips. Into the Woods + Disney=a HUGE winning combination! When it came out in the theaters, my daughter and I saw it twice and I promised her the minute it came out on DVD, we would own it. 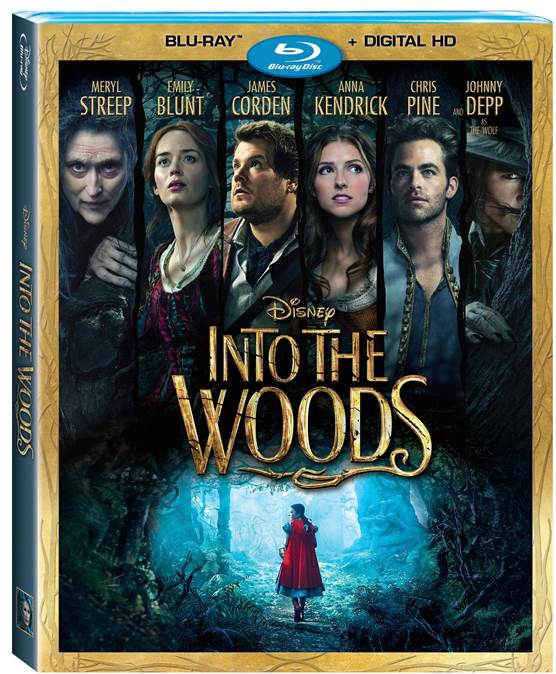 Thanks to Disney we received an advanced copy of this award winning spectacular and I finally got a chance to introduce my son to the movie. Let me just tell you that we got the movie a few days back, but we have already watched it at least three times in its entirety. If you love a good musical, with fabulous acting, and an award winning cast, look no further than Into the Woods, which is available to buy this coming tuesday- 3/24!

From the director of “Chicago” and the producer of “Wicked” comes a modern twist on the beloved fairy tales you thought you knew. Academy Award®-Winning actress Meryl Streep (Best Actress, The Iron Lady), leads an all-star cast in this enchanted adventure about daring to venture Into The Woods. 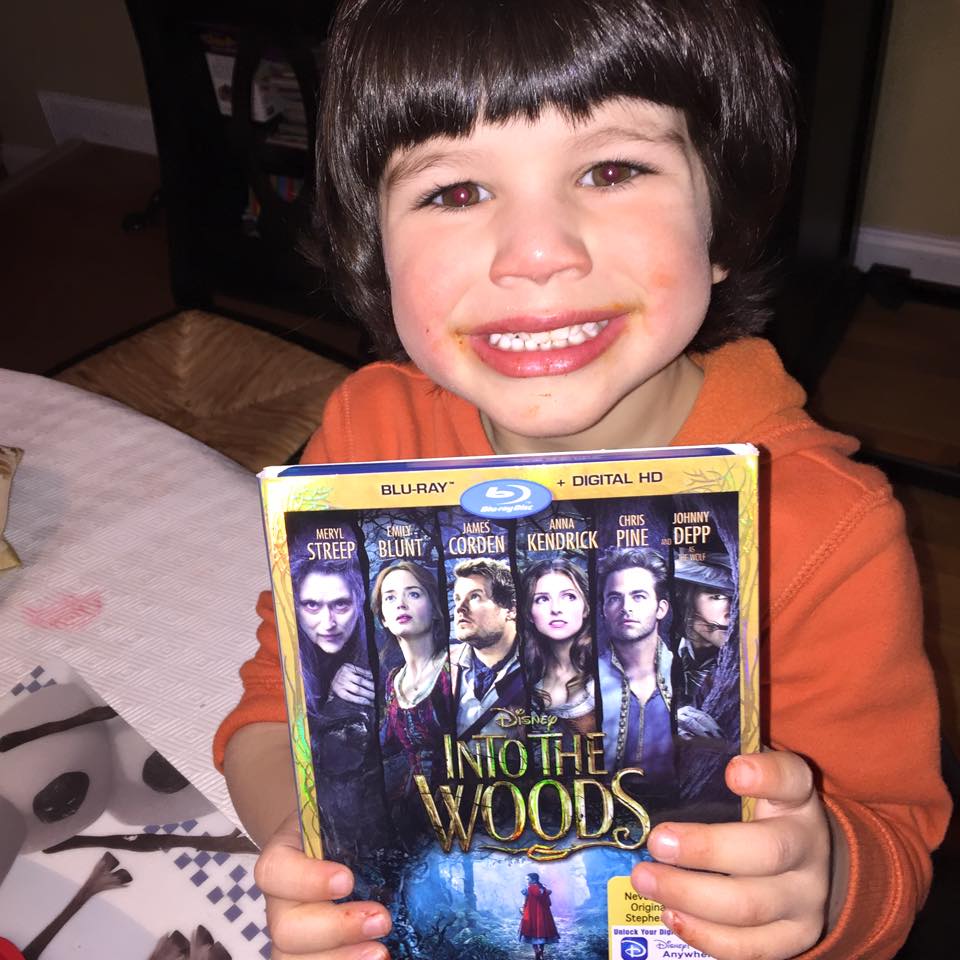 SYNOPSIS: Iconic characters, such as Cinderella, Little Red Riding Hood, Jack and the Beanstalk and Rapunzel, find their fates intertwined with a humble baker and his wife, whose longing to have a child sends them on a quest to reverse a witch’s (Streep) curse. With an all-star cast, this spellbinding adventure is everything you could ever wish for!

COMPOSER: Stephen Sondheim (Sunday it the Park with George)

Meryl Streep performs a compelling new song that sheds a little more light on the Witch’s relationship with Rapunzel. This never-before- seen composition was penned especially for this movie by Stephen Sondheim and James Lapine, and is seen here exclusively on Blu-ray and EHV. With introduction by Director Rob Marshall.

· There’s Something About The Woods

Journey into this mysterious forest to discover how this compelling, new musical was made. Meet Director Rob Marshall and his award-winning team of artists and craftspeople, see how the woods were brought to life…and what they represent to the story…and to all of us.

· The Cast As Good As Gold

· Deeper Into The Woods

o From Stage To Screen

o Magic of the Woods

o The Costumes of the Woods

Get direct access to the musical song segments from the film, with optional sing-along lyrics.
· 5 Golden Eggs (Easter Eggs)

Trust me, you do not want to miss out on owning this spectacular Disney movie. Nominated for both Oscar and Golden Globes, Into the Woods is out ON BLU-RAY™ COMBO PACK, DIGITAL HD AND DISNEY MOVIES ANYWHERE (DMA) ON March 24, 2015!