This past Saturday, I had the pleasure to interview the one and only Leigh-Allyn Baker. While in Disney, I was able to do a lot of very interesting press junkets, but the one my daughter was screaming about was the one where I interviewed Leigh-Allyn Baker. If you are unfamiliar with this fantastic Hollywood name, she is a star actress and director. Some of her most popular roles include recurring roles as Hannah Webster on Charmed, as Ellen on Will & Grace, and a starring role as Amy Duncan on the Disney Channel sitcom Good Luck Charlie.  In addition, she also provided her voice of Abbey to the animated series Back at the Barnyard. As for my daughter and her friends, when I said I was meeting Leigh-Allyn Baker, all they kept saying was “You are meeting Amy Duncan.”  She is young to watch that but her older friends and babysitters always had Good Luck Charlie on, so she quickly became a household favorite. 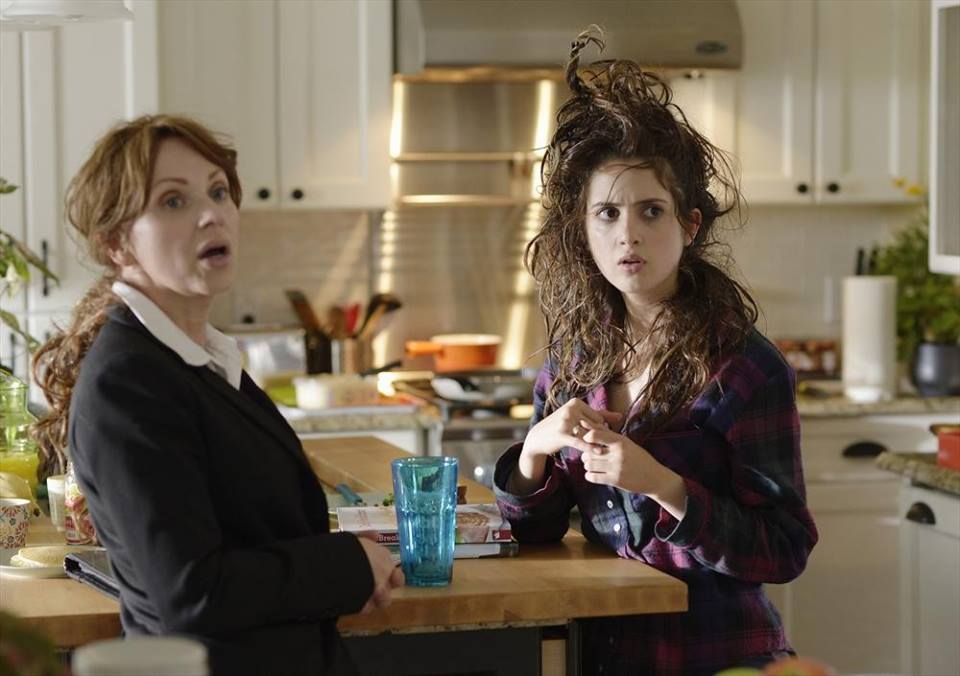 We had the privilege to interview Leigh-Allyn Baker.  We first previewed Bad Hair Day which is simply awesome . You can see my full review published this coming Friday. While we were screening Bad Hair Day, she sat next to my friend Andrew and laughed at herself in the movie throughout the film, along with all of us, who immensely enjoyed the film. She told us she only saw it is a zillion times but she was so proud of the film, which she should be, that she stayed to watch it again. This was her first time seeing it with an audience and she loved all the positive feedback throughout the film. 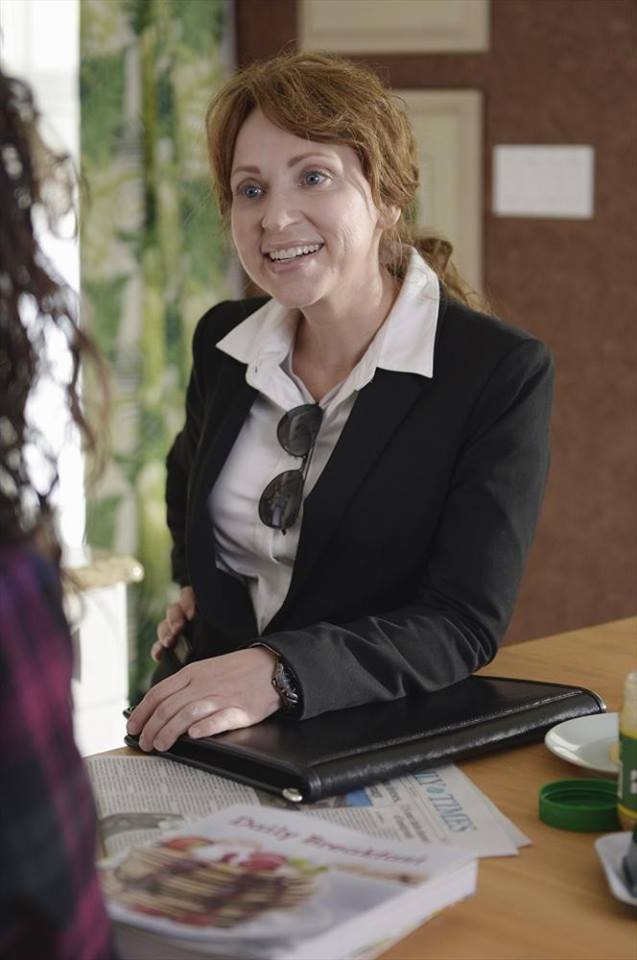 Once we were done screening it, the actual interview started.  Leigh-Allyn Baker is an executive producer as well as a star in this Disney Channel movie. We first asked her how this script came to par. She told all of us that the script was made and taken to the Disney Channel. It was different from what you will all see on 2/13 but Disney loved the idea that there was an adult in it, rather than all kids.  They took the script, kept it kid and adult themed, and ran with it. The end result is amazing! In case you are wondering and again more information from me on Friday, in this film Leigh-Allyn Baker plays a cop, who at first is on a mission to seek out the jewels she thought the main character (who is determined to be prom queen) steals. In the end, there is no stealing of jewels rather a true friendship that forms and an ending that you will love!  It’s a wild ride for sure! 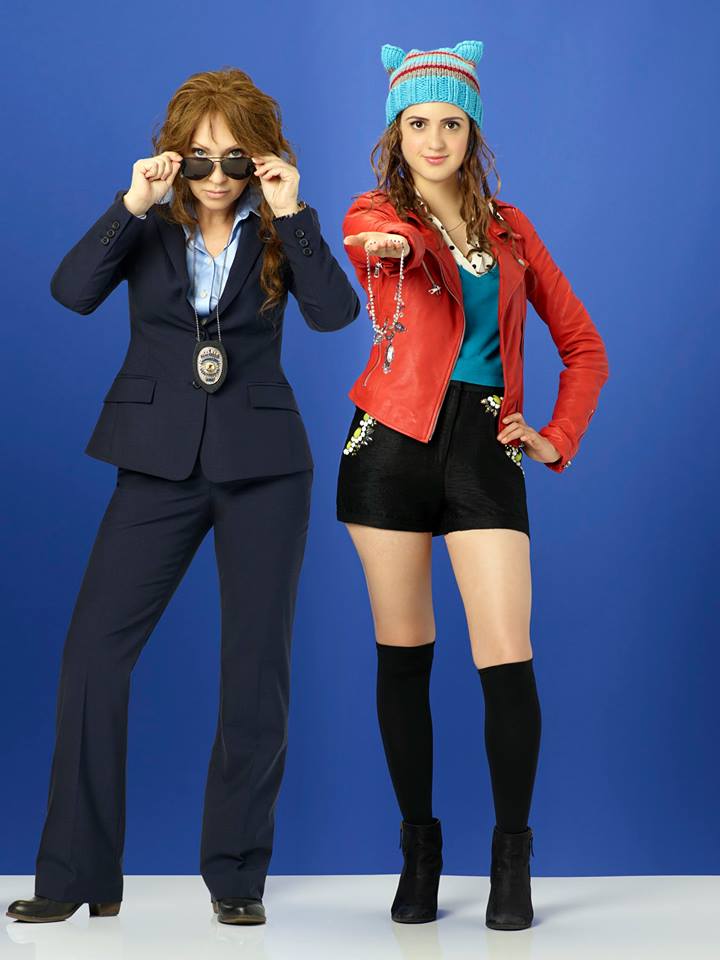 She and the rest of the Disney Channel team sought out to create Bad Hair Day as a film that would make people laugh, but more importantly, to grab people’s heartstrings and give a really good, unique and powering message to all! This movie sure did that for me and the 25 other bloggers who got a screening on this trip. She told us how she is proud of the fact that this movie is filled with true heart and great messages for kids alike.  It provides a great Disney Channel movie that parents could watch with their kids that allows an unique message of believing in yourself and not letting anyone stop you in your tracks. 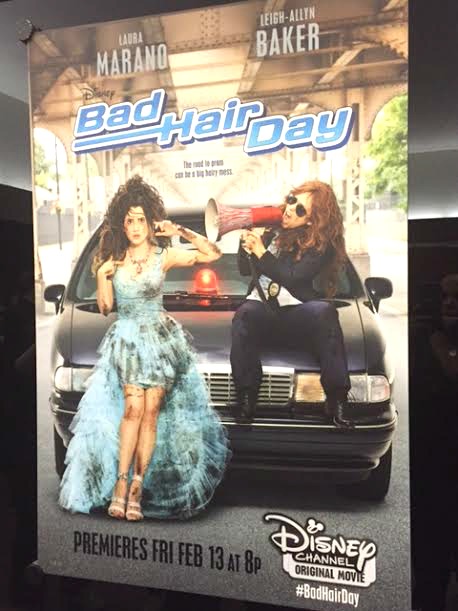 She absolutely loved bringing the creative elements to this film by starring and being in an executive producing role. Here is a quote directly from her: “I felt it was very tempting to see if I had it in me to see something build from the ground up and to really be brave and be bold to put my vision. It was important to me to not hide behind somebody else’s vision but put my own out there and see how it went!” As one who screened this film, I will say that she really hit the nail on the head with this movie. It truly is incredible and a must watch for all kids alike! 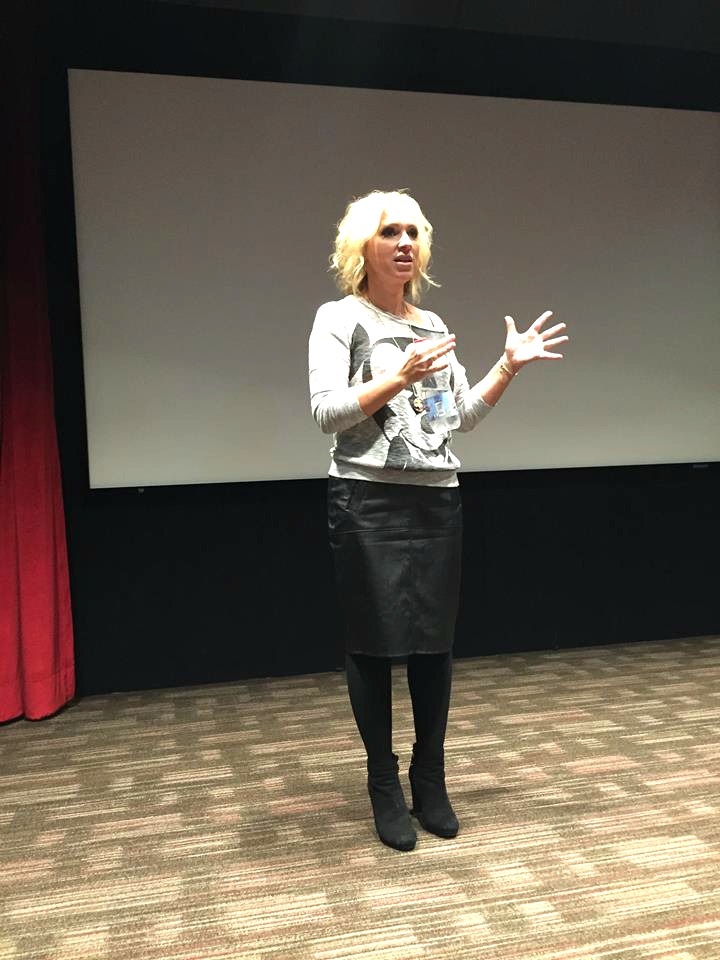 I was totally amazed when she told us this film was made in only 22 days. Extraordinary for a film that had me weeping from real tears at the end. I loved the beauty of showcasing how important it is for young girls to believe in themselves and commit to their lives without having obstacles ruin them.

She also mentioned to us that she loved doing the  animation series called the Seven D in which she play the Queen Delightful. She mentioned that Seven D is great and we could all check it out on Disney XD and Disney Channel. When asked what she prefers, acting or directing, she mentioned that she really loves both equally. She can’t at this point see not doing one without the other. 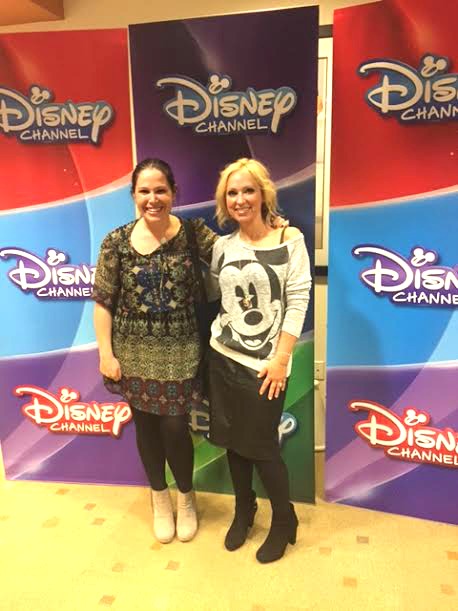 Leigh-Allyn Baker from Bad Hair Day and I

She loved pushing the button on this film to create an ingenious film for kids and adults alike. She loved playing the part in the movie but also enjoyed (and is proud of) the story development.  She is not sure where the future will be but we all definitely will be seeing her for generations to come. She says that there is no greater job than what she is doing and it works perfectly with her family life. Leigh-Allyn is the mother of two beautiful children and doing series, allows her plenty of time with her kids.

Lastly we asked her the main message she wants young watchers to take away from Bad Hair Day.  Her answer was your identity and knowing who are you from the inside. It is important to not only believe in yourself but knowing yourself as a person, as well as being okay with who you are.  She stressed that importance to us and it certainly came across in Bad Hair Day.  For herself, this film helped her grow as a person. This is her first time executive producing and she is really proud of the outcome. So are we Leigh-Allyn Baker.. So are we!

I absolutely loved interviewing Leigh-Allyn Baker. She is one of  the most bubbly, energetic, and all-around fantastic actresses I have met to date. She is really a breath of fresh air, along with being purely hysterical. Be sure to tune in Feb 13 at 8 PM EST on the Disney Channel to see Leigh-Allyn star in Bad Hair Day! You can also follow her on twitter L_A_Baker to learn more about this TV movie and upcoming projects.