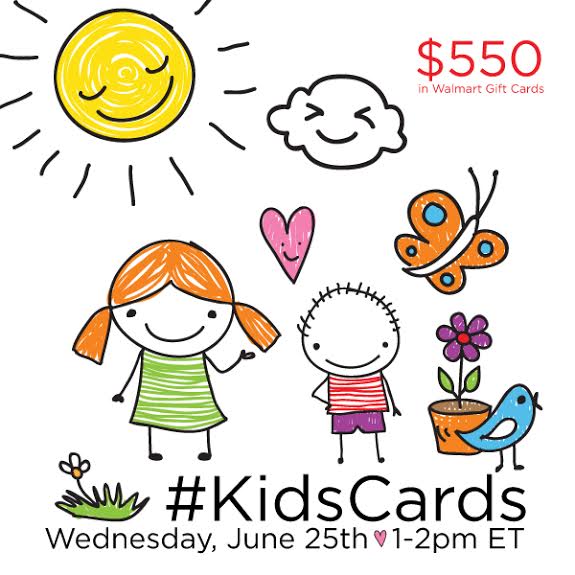 Do you love a good Twitter Party? You know we do and we’re excited to host a party all about kids and how we can reward them with fantastic poster cards.   On June 25 from 1-2 pm  pm ET, please join us for the #KidsCards Twitter Party where we’ll be discussing why kids deserve to receive poster cards  while giving you a chance to win prizes!

My daughter just graduated from preschool and one of her favorite things to receive were cards from her dad and I. Being able to open her own card made her feel special and it was a gift she could save and display all summer long!  This year, Hallmark is taking cards for kids  a step further by creating fun cards that fold out into posters with positive messaging that your child can display and enjoy!  With options for a vast number of special occasions, such as becoming a big sister/brother, graduation, a birthday or simply as a way to say I’m proud of you, these fun cards are making it easy to celebrate and encourage your child this summer! If this sounds neat to you, come join me at the #KidsCards Twitter Party!

Join me and RSVP for the #KidsCards Twitter Party on SoFabChats!

How To Participate In A Twitter Party on SoFabChats!

TIP: Want to win Twitter Party prizes? RSVP by clicking on RSVP button before you join the party, follow everyone on the Party Team, and tweet with the party hashtag during the party to be eligible!

TIP: Special deals and brand coupons? Keep that options checked when you RSVP for the party!

TIP: Where to find Twitter Parties? Check out the SoFabChats Twitter Party Calendar to find more fun parties to attend!