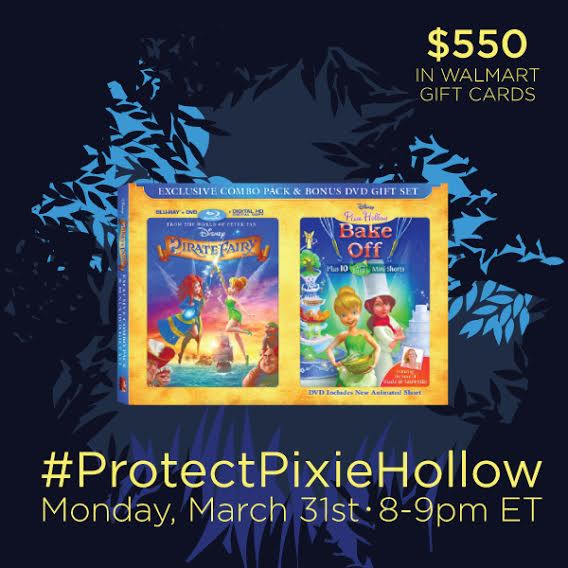 Do you believe in magic? Do you think a sprinkle of pixie dust can transform your day?  If you do, listen up because I’m calling all my fairy fans to join me at a party you will not want to miss!  You see, I’ve got some exciting news about Disney’s The Pirate Fairy DVD!  It’s flying to Walmart on April 1st and the magic is surely going to reach epic proportions!  So grab your blue pixie dust, dust off your wings and join us as imagination takes flight at the #ProtectPixieHollow Twitter Party!

Having a little girl and knowing how obsessed she is with fairies, I am incredibly excited to introduce her to the Pirate Fairy.  In this movie, your kids will become introduced to Zarina and all her fairy friends in an all out action adventure film that will leave your kids amazed! Of course, as with any Disney fairy, there is always magic! In the Pirate Fairy,  Zarina dreams of the possibilities of blue pixie dust and the journey it will take her on. In this great twitter party, we’ll be talking about fun ways to bring a little sprinkle of magic into your own life!  With fun blue pixie dust inspired recipes, and perhaps even a craft or two, we’ll be talking about why fairies are special and how you can use them to spread the magic to your family and friends!  Please join us for this fun twitter party that is sure to capture your imagination through Pixie Dust, Fairies and Disney’s The Pirate Fairy DVD! 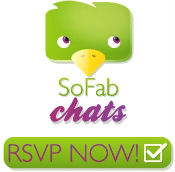 RSVP today and learn how you can enter to win our special Early Bird gift card prize!