I have always been a huge fan of Edible Arrangements. Every single year for the past 10 years, I receive an Edible Arrangements Assortment for my birthday and Valentine’s Day! Nothing is better than getting those delicious fruits set up in an adorable configuration. While I love Edible Arrangements already, I think my love is a million times exemplified by what they are doing to help the MS Society and people suffering from multiple sclerosis. 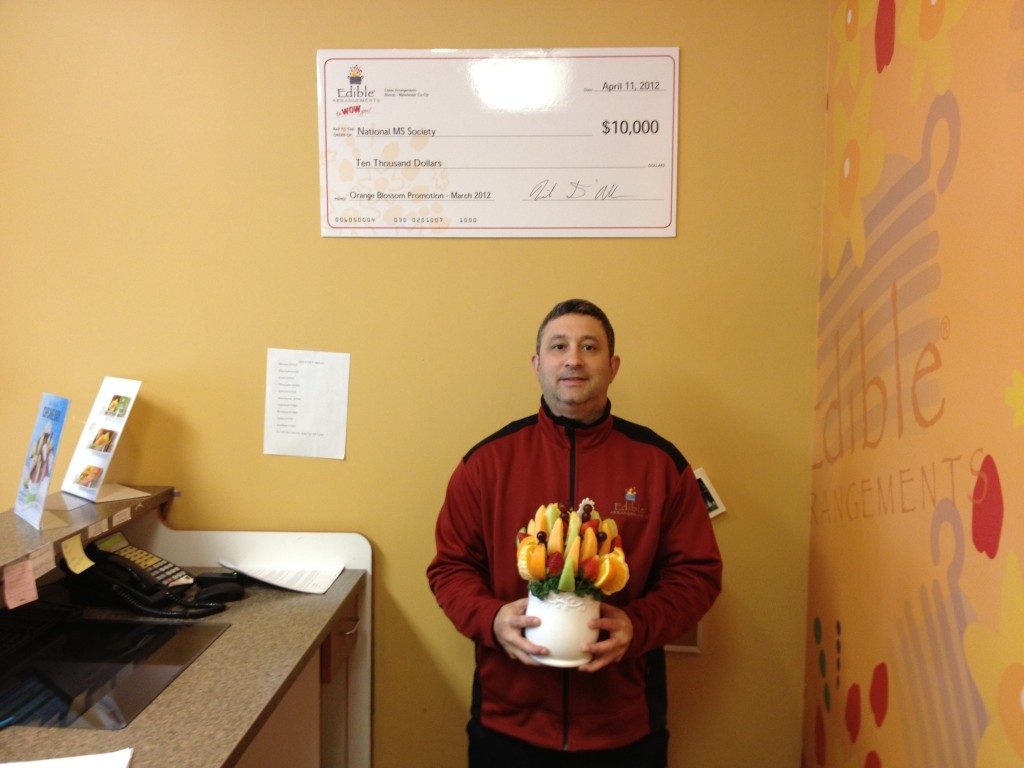 Edible Arrangements locations in the following New England locations are kicking off the 3rd annual fundraiser (though it’s the 2nd year officially) benefiting the National MS Society. Due to the success, this year the  fundraiser was expanded to include all of the Edible Arrangements locations in Rhode Island- the proceeds from those stores will benefit The Society’s Rhode Island Chapter.

You might ask how you can contribute if you live in any of the above areas! It is very easy to do!  $5 from each Orange Blossom (orange is the color of MS) arrangement sold in these stores throughout March (March is The National MS Society’s MS Awareness month) is donated to The Society. Simply purchase a Orange Blossom Edible Arrangement at any of the above locations, and Edible Arrangements will donate $5 to the MS Society! So easy to do and how awesome would it feel to donate to a truly wonderful cause! 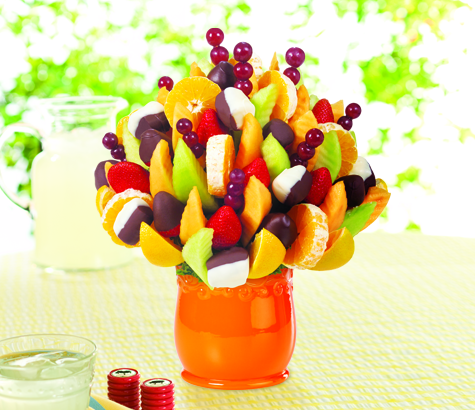 If you are wondering how it all started, here is some information:

**Edible Arrangements now-annual MS fundraiser was inspired by a North Shore resident and franchisee’s passion for MS fundraising and awareness due to extensive family history with this destructive disease. Nick D’Alleva, owner of the Peabody, Beverly and Lynn Edible Arrangements stores, went to Corporate a few years ago to request that his co-op have a fundraiser that supports MS research. His wish was granted and in 2011 he and his co-op managed to raise $5,240 in just two weeks. With the success of this effort, the co-op extended their fundraising efforts in 2012 for the entire month of March- MS Awareness Month. The fundraiser was a huge success, raising $10,000 for the National MS Society, Greater New England.**

Last year they raised $10,000 for the National MS Society, Greater New England! Let’s help them double that this year!

Win it: One winner will receive a $50 gift card to use at any Edible Arrangement store across the country. This giveaway is run via rafflecopter so click read more to see the actual giveaway. The only mandatory entry is to tell me if you have ever purchased any arrangements from Edible Arrangements in the comment section proceeding the post. While the other entries are optional, I highly suggest you fill them out to increase your chances of winning. Good luck! US only.
a Rafflecopter giveaway

*I received the same prize pack as the winner. All my opinions are my own and not swayed by outside sources.

Jake and the NeverLand Pirates-Pirate’s Booty in the house!
Getting Organized with the Brother P-Touch Organizer! (PTouchAmbssador)