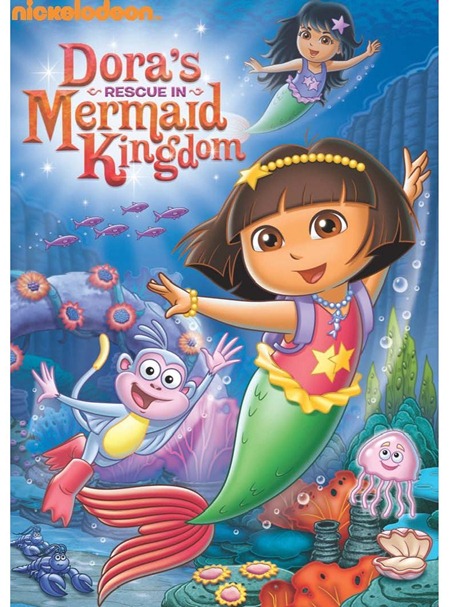 Nickelodeon invites kids to join Dora and Boots on an exciting aquatic adventure in the brand-new DVD, Dora the Explorer: Dora’s Rescue in Mermaid Kingdom, featuring Latina superstar Thalia as the voice of the mermaid. The DVD features the title episode and additional episodes from Dora the Explorer’s current seventh season. Emmy Award-winning Dora the Explorer is and international phenomenon and one of the top preschool shows on TV after almost 12 years on the air. Created by Nickelodeon Home Entertainment and distributed by Paramount Home Media Distribution, Dora the Explorer: Dora’s Rescue in Mermaid Kingdom will be released on DVD for the suggested retail price of $16.00

Dora and Boots are at the beach when they find Maribel, a little lost mermaid, who needs to get back to her mommy (voiced by Thalia) in the Mermaid Kingdom. Dora uses her mermaid charm necklace to transform into a mermaid and turn Boots into a sea monkey. Together the three set off on an underwater adventure through the octopus’s garden, past the ocean rocks to Mermaid Cove where Maribel will have to sing to bring all the mermaids together so she can find her mommy.

Dora and Boots are getting ready to have a beach picnic with all of their friends when suddenly a bottle rolls in with a wave. Inside the bottle, Dora and Boots find a note from Benny. His balloon ran our of air on the way to the picnic and he’s stuck on Coconut Island. It’s Dora and Boots to the rescue!

Dora’s taking care of Abuela’s three kitties: Pico, Monica and Lucky. At Dora’s hours, Mami reads Dora and the kitties a story and they all cuddle around their ball of string and fall asleep. When the ball of string rolls out the window and Lucky chases after it, the kitties wake Dora up so she can help find Lucky.

This DVD is awesome for any child who is obsessed with Dora, such as Hayley! Hayley tells me this is her favorite Dora to date. The DVD runs 69 minutes and will be available on June 26, 2012. 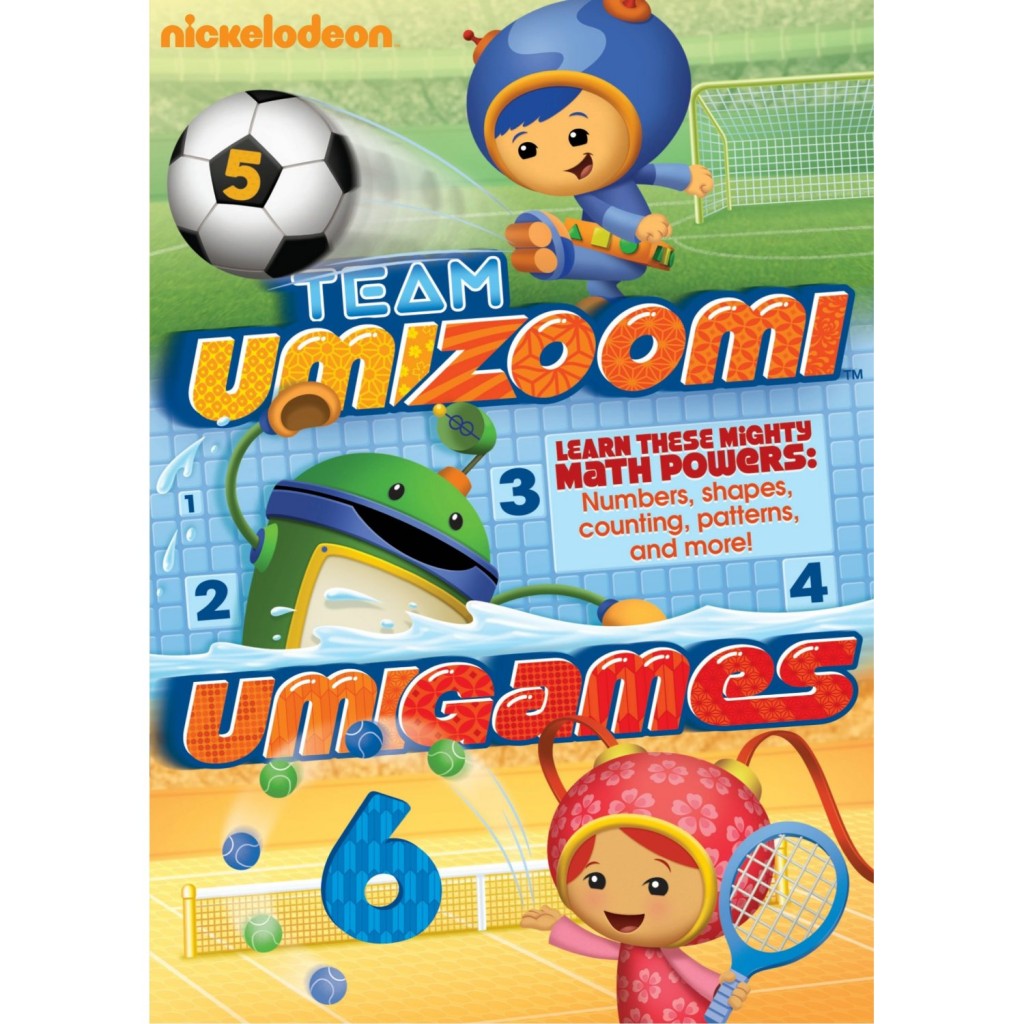 Join Milli, Geo and Bot on four-sports themed math adventures in Team Umizoomi: UMIGAMES. Preschooler will learn math skills including counting, patterns, measurement, and more! Get in the Olympic spirit and don’t miss out on the Umi Team’s latest all new DVD. Created by Nickelodeon Home Entertainment and distributed by Paramount Home Media Distribution, Team Umizoomi: Umigames will be released on DVD for the suggested retail price of $14.99.

Team Umizoomi features a team of superheroes, Milli, Geo and Bot, who use their mighty math powers to help little kids solve big problems. The series combines action-adventure missions with an interactive math curriculum designed to help kids develop of self-confidence in their math abilities and appreciate the many ways in which math shapes their world.

Team Umizoomi is playing in the biggest sports event around: the Umi Games! To win the Super Sports Trophy, Milli, Geo an Bot must defeat the robotic athletes.

Bot decides to give roller-skating a try but when he puts on a pair of “crazy skates” by accident, he starts rolling out-of control all cross Umi City. Milli and Geo must rescue their runaway robot pal.

Jake calls in from his class trip at the Umi City Carnival. The class is having a great time on all the rides but Jake lost his favorite stuffed animal Bunny! Team Umizoomi takes the Umicar to the carnival to help Jake rescue his stuffed animal.

The running time of this DVD is 96 minutes and retails for $14.99. Hayley’s new favorite show is Team Umizoomi. She recently discovered it and now it is all, “Mommy, put up Team Umizoomi!” This new DVD makes her so happy!

*Thanks to Nickelodeon for providing me DVDs for review. As always, all my opinions are my own and not swayed by outside sources.