Of course you all know how much I love Disney! After going to a lot of Disney press junkets and red carpet, there is no doubt that my love even expanded, if that is even possible. With the new Disney’s Jungle Book out today on DVD, I will tell you that this is one movie you do not want to miss out on watching. You can find out more about this movie from my press junket post here: Jungle Cruise. 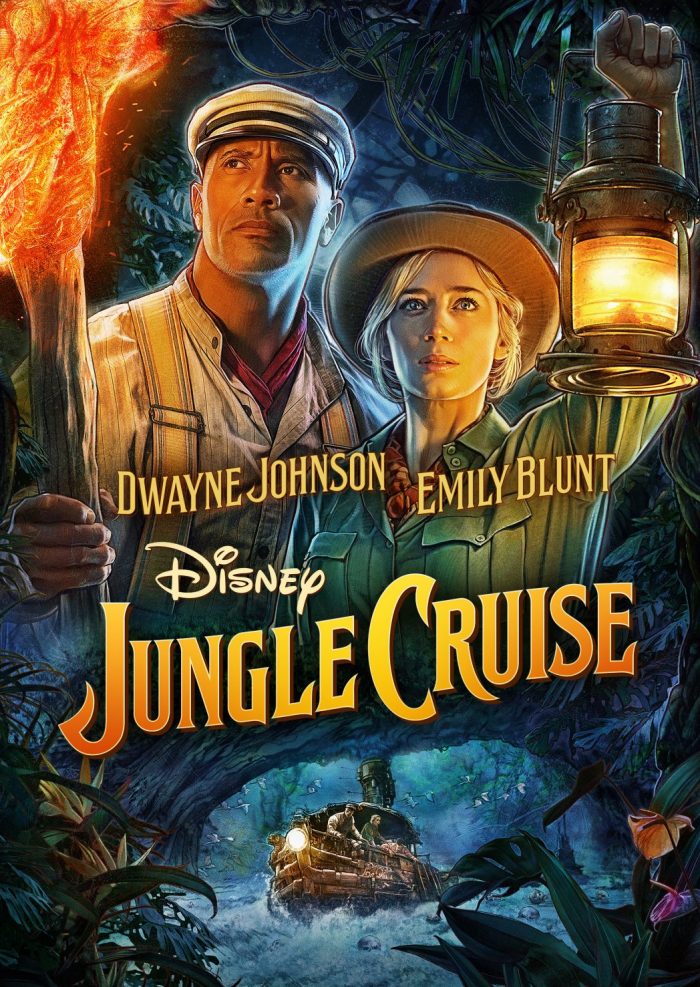 Seeking an ancient tree with healing abilities, Dr. Lily Houghton and wisecracking skipper Frank Wolff team up for the adventure-of-a lifetime on Disney’s Jungle Cruise, a rollicking ride down the Amazon. Amidst danger and supernatural forces lurking in the jungle, secrets of the lost tree unfold as their fate—and mankind’s—hangs in the balance.

This was a very enjoyable movie for the whole family. Everyone from my oldest to my youngest loved this movie. In this movie, Dwayne Johnson is the boat captain Frank “Skipper” Wolff while Emily Blunt plays Lily Houghton, who hired Frank to guide their way. These two feed off of each other with their conversations and love/hate relationship.

This film showcases a great action adventure film. There is some silliness combined with fun all wrapped up in this movie. Through their perilous journey and quest through the Amazon, the character development and plot analysis was fantastic. There is a storytelling that could be outside the realm but for those seeking adventure, it is good to go into this with your minds open.  This is an easy movie to follow along with and great for all generations. Grab that popcorn and enjoy Disney’s The Jungle Cruise.