Available starting today on Blu-Ray and DVD is the 15 seasons of the series, Supernatural from Warner Bros. Entertainment. This is the longest running genre series in the US Television History.  This DVD set features ALL  327 episodes and countless hours of bonus content from every one of the 15 seasons plus a 68 page collectible book! 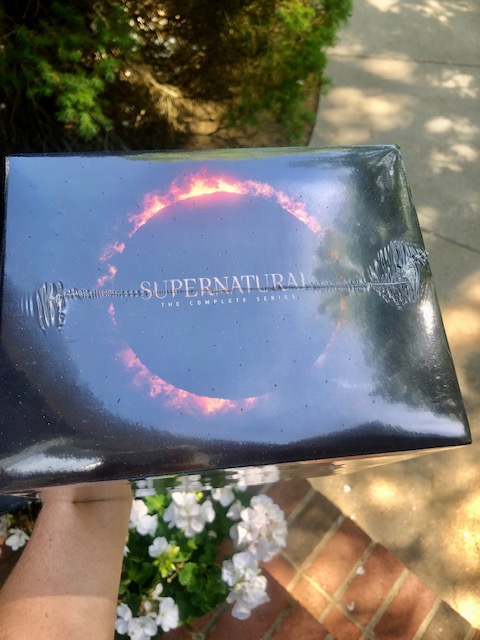 Supernatural: The Fifteenth and Final Season contains the final 20 epic episodes from the landmark series’ final season, as well as a bonus disc loaded with over two hours of special features including the special retrospective episode Supernatural: The Long Road Home. Also on the bonus disc, and exclusive to Blu-ray and DVD, are two all new featurettes, deleted scenes and a gag reel. The set is priced to own on DVD for $44.98 SRP ($49.99 in Canada), and on Blu-ray which includes Digital Copy (US only) for $49.99 SRP ($54.97 in Canada).

Supernatural: The Complete Series contains all 327 thrilling episodes from the phenomenal series, as well as countless hours of bonus features from all 15 epic, not-to-be-missed seasons. Fans who purchase the Complete Series will also receive a 68-page Collectible Book filled with new images from the beloved series, set designs and letters to the Supernatural Family from both Eric Kripke and Robert Singer. The Complete Series is priced to own on DVD for $329.99 SRP ($369.99 in Canada), and on Blu-ray for $359.99 SRP ($399.98 in Canada), representing a substantial savings over purchasing all fifteen seasons individually.

Carry on with the thrilling and terrifying journey of the Winchester brothers in Supernatural: The Complete Series. Sam (Jared Padalecki) and Dean (Jensen Ackles) face everything from demons to vampires, ghosts, angels and pagan gods. And with the help of the fallen angel Castiel (Misha Collins), they discover that every threat they vanquish opens a new door for evil to enter.

With Blu-ray’s unsurpassed picture and sound, Supernatural: The Complete Series and Supernatural: The Fifteenth and Final Season will be released in 1080p Full HD Video with DTS-HD Master Audio for English 5.1. Both Blu-ray sets will feature a high-definition Blu-ray and a Digital Copy (US Only) of all episodes. 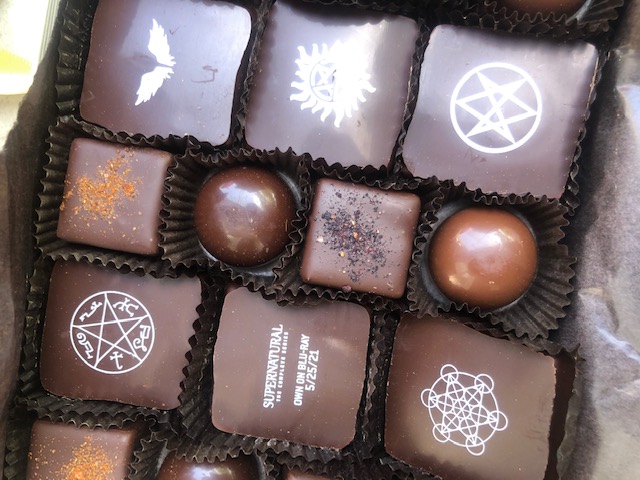 Supernatural is also available to own on Digital. Digital allows consumers to instantly stream and download all episodes to watch anywhere and anytime on their favorite devices.  Digital movies and TV shows are available from various digital retailers including Amazon Video, iTunes, Google Play, Vudu and others. A Digital Copy is also included with the purchase of specially marked Blu-ray discs for redemption and cloud storage (US Copy Only).

We also received delicious chocolates to go along with this movie. 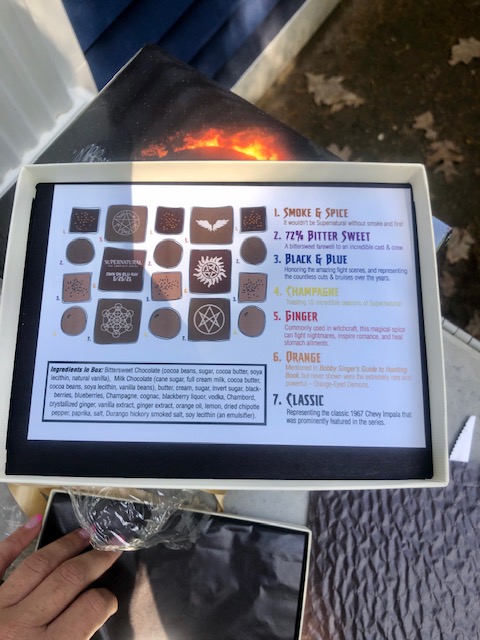 Be sure to check out the complete season of Supernatural today and own it!

*Thanks to Warner Bros. Entertainment for sending the box set and chocolates. All opinions are my own and not swayed by outside sources.*