Since 1965 Supermarket Sweep game show has been around. There has been several variations of the show because of the success of it and today I am excited to announce that Supermarket Sweep is back!! It debuts tonight on ABC TV at 8 pm EST hosted by the very funny Leslie Jones. This is first show in the lineup that is part of ABC game night. If you have never seen this show before, I can tell you that it is all about FUN! What a better way to get our minds free than watching a great show with the entire family.

ABC is bringing back the classic TV game show “Supermarket Sweep,” hosted and executive produced by Emmy® Award-nominated comedienne and actress Leslie Jones. The fast-paced and energetic series follows three teams of two as they battle it out using their grocery shopping skills and knowledge of merchandise to win big cash prizes. 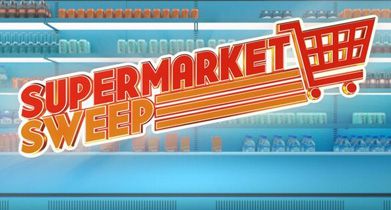 The original format aired on ABC from 1965-1967 and went on to become a global sensation. It was adapted in 13 international territories and, most recently, relaunched in the UK. “Supermarket Sweep” is produced by Fremantle. Executive producers include Leslie Jones, Hunter Seidman and Jennifer Mullin, and Alycia Rossiter and Wes Kauble.

Leslie said they are giving away 100,000 dollars, which is the highest amount that has been given away on the show.  Alycia said the host, Leslie, makes the whole show. Leslie is in love with the show and has massive energy and heart. Also Alycia said that the teams are able to customize their big sweeps outfits for the show.  The people on the show were able to do this, basically to depict their lifestyles. 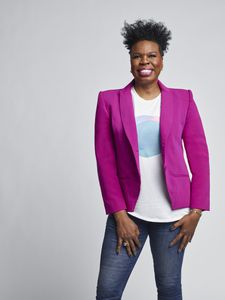 2. Why are game shows so popular now?

Leslie said it is because there is a familiarity with watching the shows.  People need joy in their life and seeing regular folks win money. It is not a good time in life but this show will bring joy to everyone lives.  We can all laugh together and shop together. Also Alycia says we have not had much luck in 2020 and this show brings a lot of luck. People were winning money and giving money to essential workers. They put a whole crew who were not working to work on this show. This show brings hope to people.

3. Where did you learn to host a game show?- question to Leslie

Leslie says game show hosting is similar to being a comedian. She also said she is a hard core television watcher so it was a natural fit. At SNL, she also got a taste of what it would be like to be a game show host. Leslie usually says the first thing that comes to her head.  Leslie thinks she is made for this and I agree!

4.  What are some funny blooper moments on the show?

Leslie said people fell down and ran into each other. She said there was a ton of funny moments on set.  She said there was so many nervous moments during the sweep and so much fun! Alycia said it was slapstick comedy not on purpose. People were putting in 8 feet teddy bears into their cart. Also to watch the camera men trying to follow it all was hysterical. 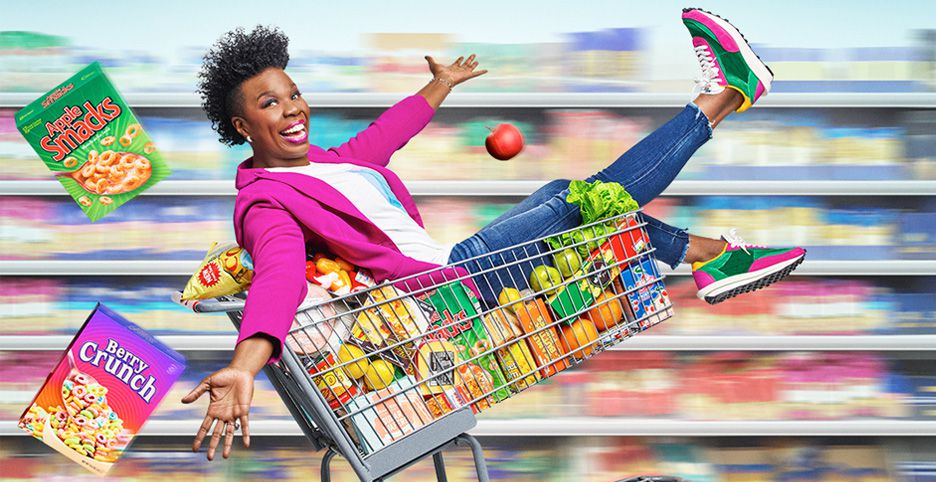 5.  What is your favorite type of contestant to interact with?

Leslie said she loves crowd work. She loves all the contestants and every type of contestant on the show. She loves them all because they are all entertaining.  Alycia said before they started taping she wanted to meet the contestants because she relates to people so much and wanted to get to know them. Leslie talked to everyone before it started and the contestants loved it.

6.  Any special Easter Eggs in the show?

Alycia said there was bonuses in the sweeps.  Leslie brings big energy so she has three things that would be on her list and they had to grab the oddest items to make Leslie’s list happened.  There is people giving out roses in the flower department or another person making a latte. There is updates to the old school version.

7.  When you guys go to play the game and did you have a plan what you grabbed first?

Leslie said she didn’t play the game because of bad knees but she ran the entire game. Leslie said she would have been the perfect coach by bringing the best stuff. Lenny said he would have went through the store and see what was the most expensive.  Lenny said mops are really expensive and you wouldn’t even realize that. It is also important to grab an inflatable.

8. How did you cast the contestants?

Alycia said Leslie is a champion of the underdog. She said the contestants are a complete mix of everything! They even have drag queens on the show. There is a ton of variation between the contestants and make sure the people who watch TV wins money.

Once you get your Sunday food shopping done, make a great dinner and relax with the all new Supermarket Sweep! I can assure you will have a great time watching together as a family. 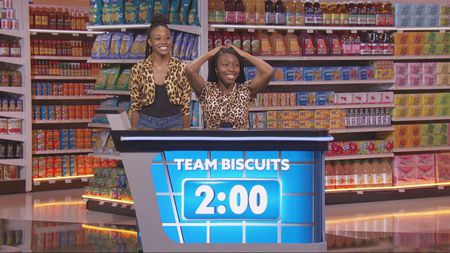 “Trick-or-Treat!” – Classic TV game show “Supermarket Sweep” is back for an all-new Halloween episode with host Leslie Jones, airing SUNDAY, OCT. 25 (8:00-9:00 p.m. EDT), on ABC. (TV-PG, DL) Episodes can also be viewed the next day on demand and on Hulu.

Host Leslie Jones is joined by the following contestants (and their hometowns):

*Thanks to ABC TV for the invitation to the virtual press junket and goodies. All opinions are my own and not swayed by outside sources.*