Universal Pictures Home Entertainment ABOMINABLE is now available to own on 4K Ultra HD, Blu-rayTM, DVD and Digital! Abominable is the cutest movie for the whole family and can not be bought for your kiddos, just in time for the holiday season. 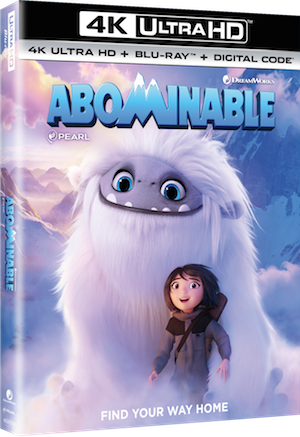 ABOMINABLE is “an epic, colorful journey home. Beautiful and exhilarating to behold” (Glenn Kenny, The New York Times).  From the studio that brought you How to Train Your Dragon, this heartwarming and humorous story follows teenage Yi (Bennet) as she encounters a young Yeti on the roof of her apartment building in China, she and her mischievous friends, Jin (Trainor) and Peng (Tsai), name him “Everest” and embark on an epic quest to reunite the magical creature with his family at the highest point on Earth. But the trio of friends will have to stay one-step ahead of Burnish (Izzard), a wealthy man intent on capturing a Yeti, and zoologist Dr. Zara (Paulson) to help Everest get home.

You can purchase or watch Abominable on Demand as well as these other retailers: 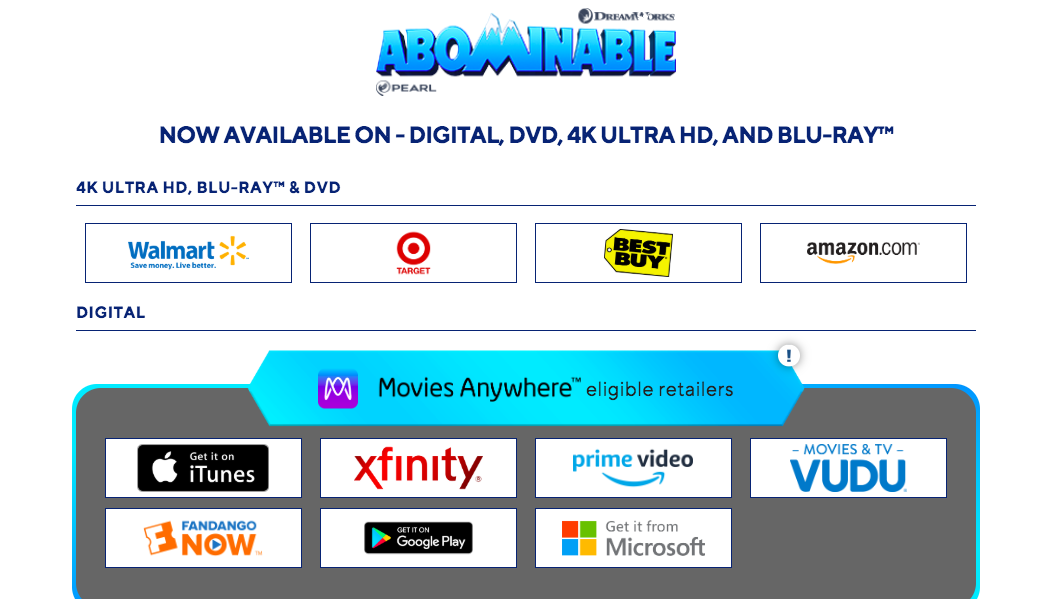 Be sure to pick up this great movie for the holiday season! My kids absolutely LOVED it! As did the parents too:)

*UPHE sent this movie to me. All opinions are my own and not swayed by outside sources.*