A Whole New World… Arabian Nights.. Prince Ali.. One Jump Ahead… Of course, I am talking about the amazing Aladdin! When I was younger, Aladdin ranked in my top ten favorite Disney movies so I was over the moon excited when they released a brand new live version of Aladdin starring the incredible Will Smith. The first time I saw the live version of Aladdin in the movie, I took my 5 year old who had not seen the original to that point. After seeing the live version another 2 times, we introduced her to the classic, animated Aladdin and now Princess Jasmine is all the rage in our household! We even put an order in for Aladdin sheets. Now, the live version as well as the animated version is available to purchase on DVD! You can get a double whammy of fun, excitement, and Disney with both of these versions of Aladdin.

The live-action adaptation of the animated classic, Aladdin, is now available on Digital and Movies Anywhere, 4K Ultra HD, Blu-ray and DVD.  StarringWill Smith, Naomi Scott and Mena Massoud, the release includes all new bonus features, such as deleted scenes, a blooper reel and more! 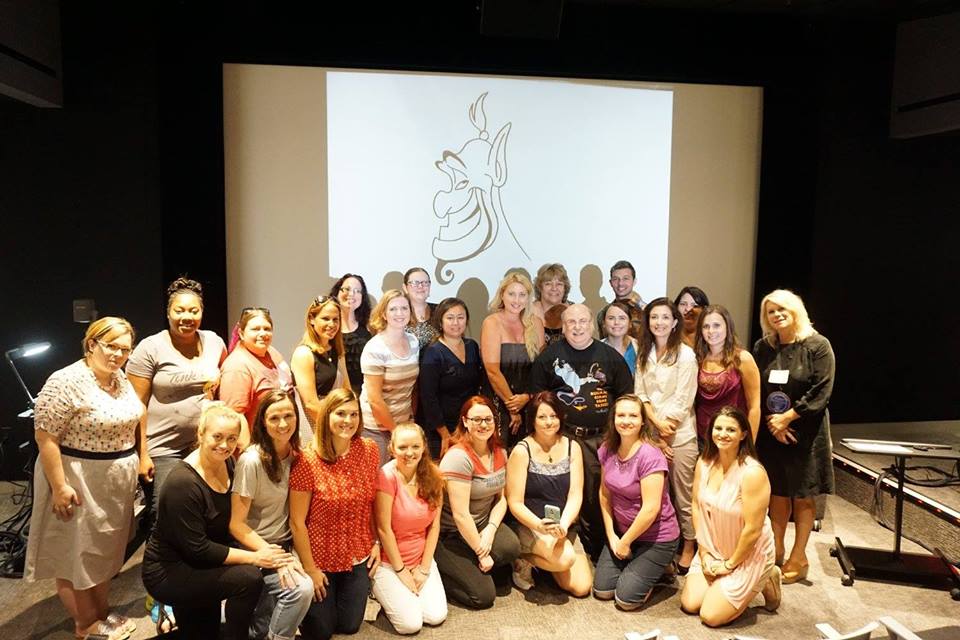 The release of the live-action adventure coincides with the addition of the original animated classic to the highly celebrated Walt Disney Signature Collection, granting Aladdin fans everywhere the opportunity to own both magical movies. In 4K for the first time, the new release features all new bonus content, including alternate endings!

Extras explore elements of “Aladdin” that audiences adore, from the film’s treasured, iconic award-winning music to its beloved characters and their hilarious antics on and off screen. Viewers get the first look at an all-new song “Desert Moon,” deleted from the final film, written by eight-time Academy Award® winning composer Alan Menken and Oscar®-and Tony Award®-winning songwriters Benj Pasek and Justin Paul (“The Greatest Showman,” “La La Land”). Features document Guy Ritchie’s joyful, easy-going approach to directing that led to movie magic; Will Smith’s fresh take on the infamous shape-shifting blue entity confined to an oil lamp; Naomi Scott’s powerful performance as the spirited princess who yearns to lead the people of Agrabah; and the indescribable feeling of playing Aladdin chronicled personally by Mena Massoud. Deleted scenes and a blooper reel round out the fun. 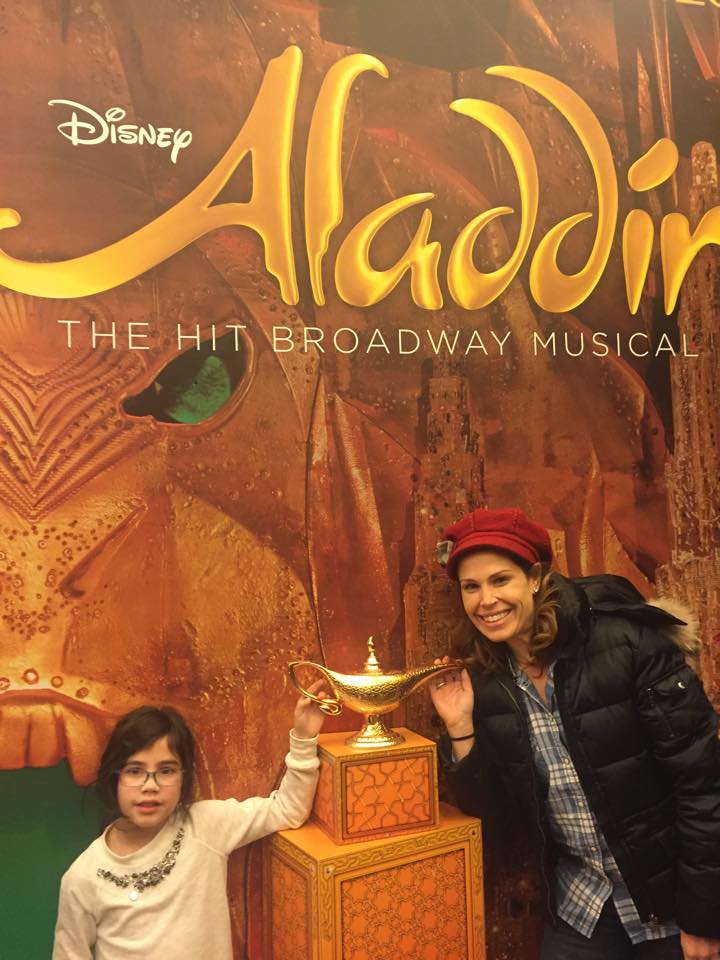 In addition, early owners of “Aladdin” gain access to exclusive bonus features. Fans who pre-purchase will receive a feature showcasing the making of the massive musical number “Prince Ali,” and those who bring home the film first on Digital will secure an exclusive extra detailing the creation of Jasmine’s new song “Speechless.”

“Aladdin” is sure to become an instant classic for viewers of all ages and will be packaged several ways to ensure the entire family gets the most out of its in-home entertainment experience. The film arrives two weeks early on Digital 4K Ultra HD and HD. A Digital bundle, which includes both the Walt Disney Signature Collection edition of the original animated classic “Aladdin” and the live-action adaptation, is also available for early purchase. A physical copy of the film will be released as a 4K Ultimate Collector’s Edition (4K Ultra HD, Blu-ray, and Digital Code), a Multi-Screen Edition (Blu-ray and Digital Code) and a single DVD. 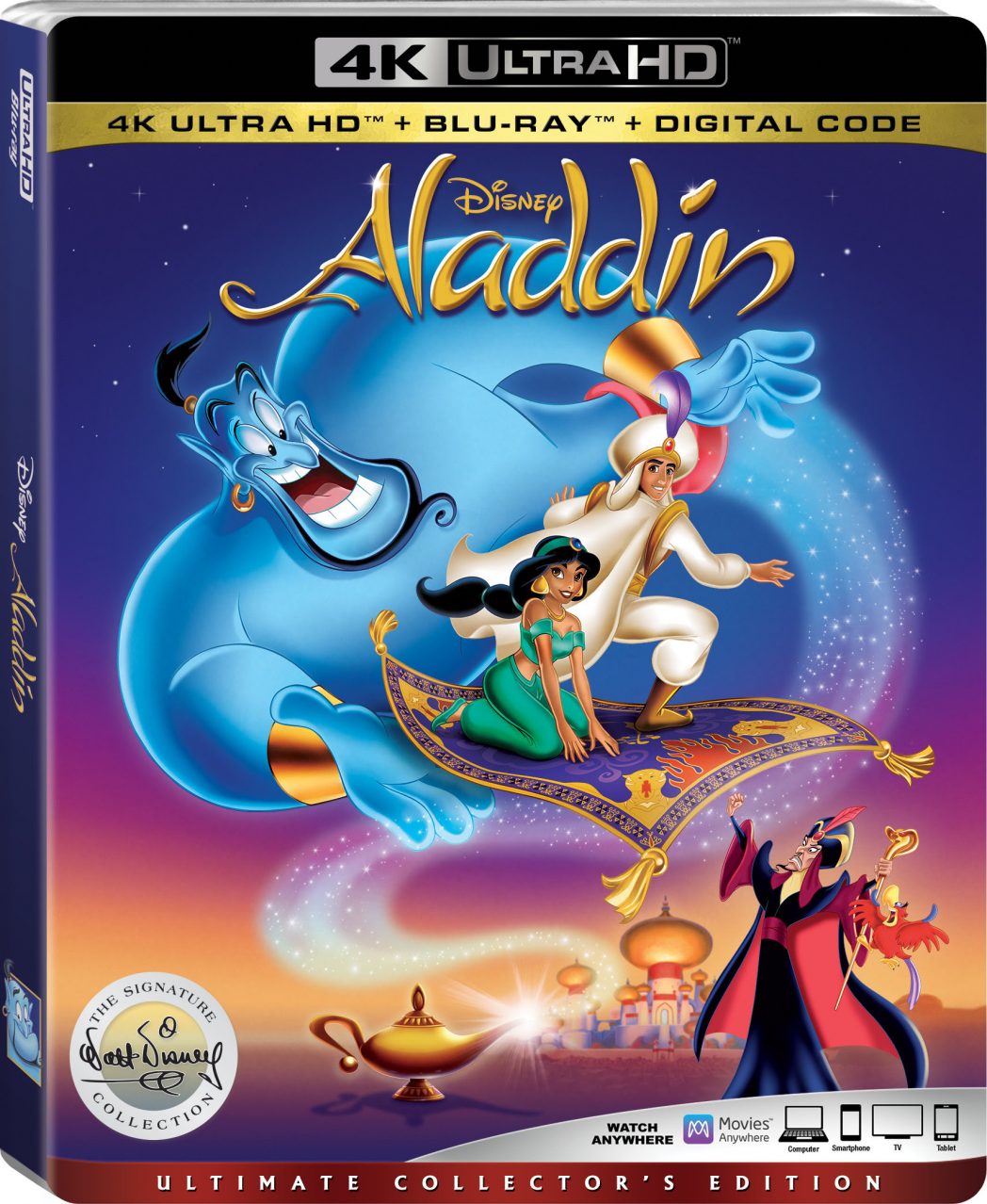 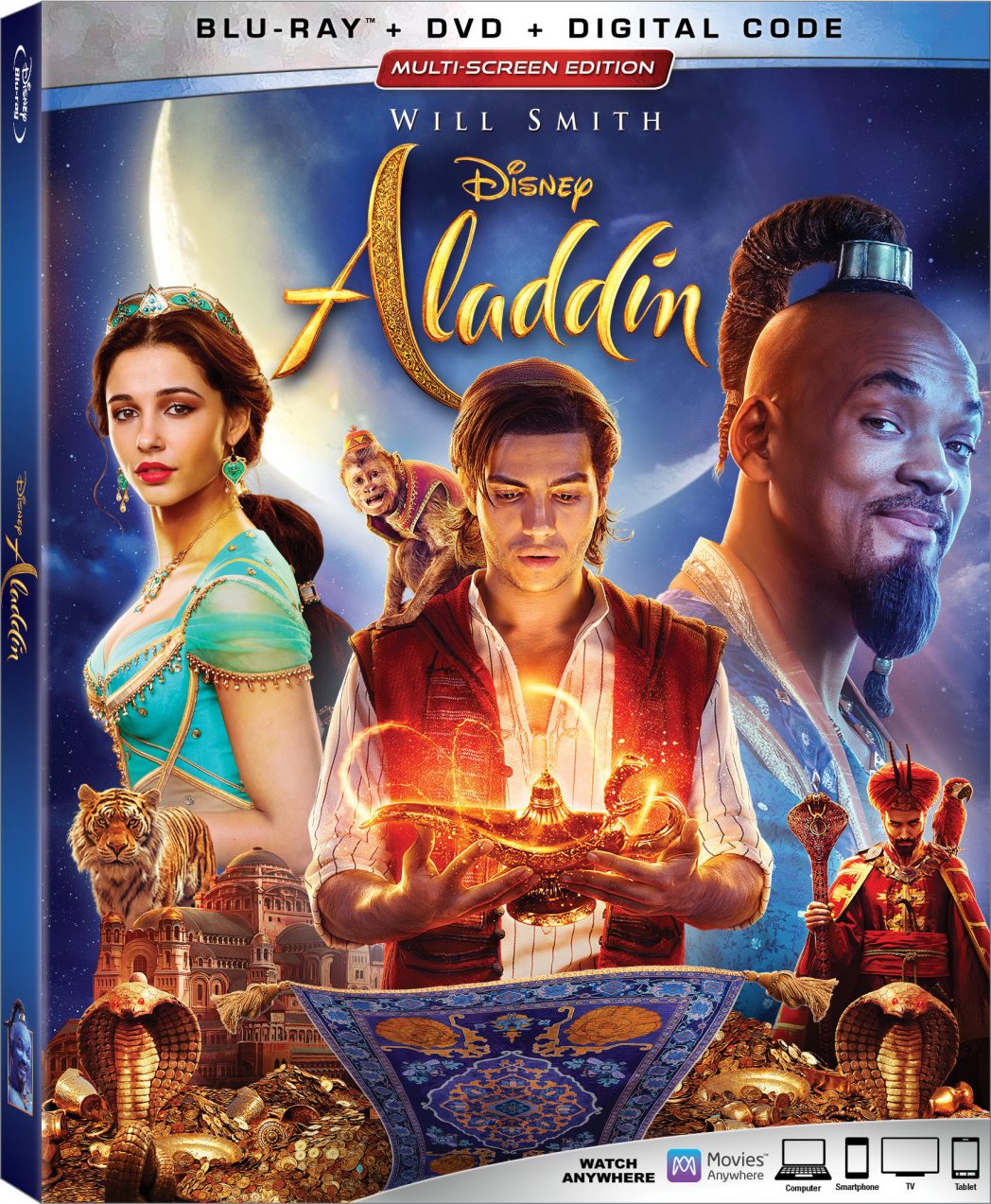 These are two DVDS you do not want to miss out on owning from Disney! Trust me on that!

HOW TO DRAW ALADDIN AND ABU: 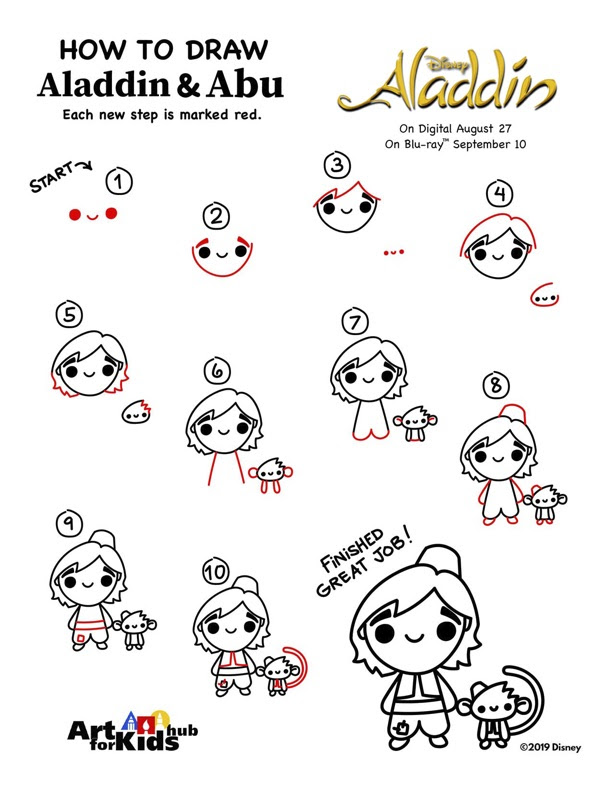 MAKE YOUR OWN FLYING CARPET: 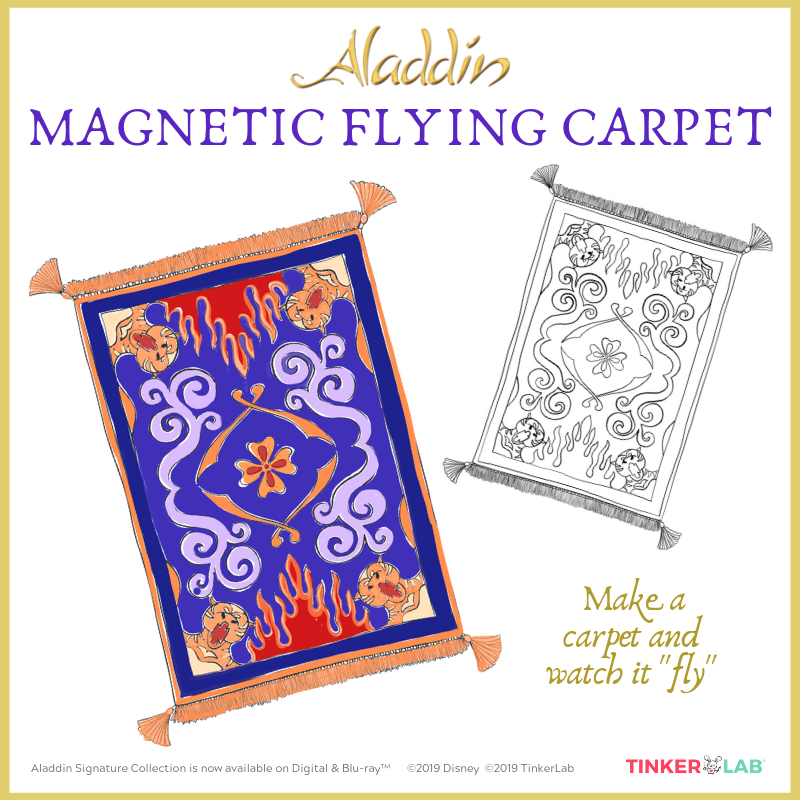 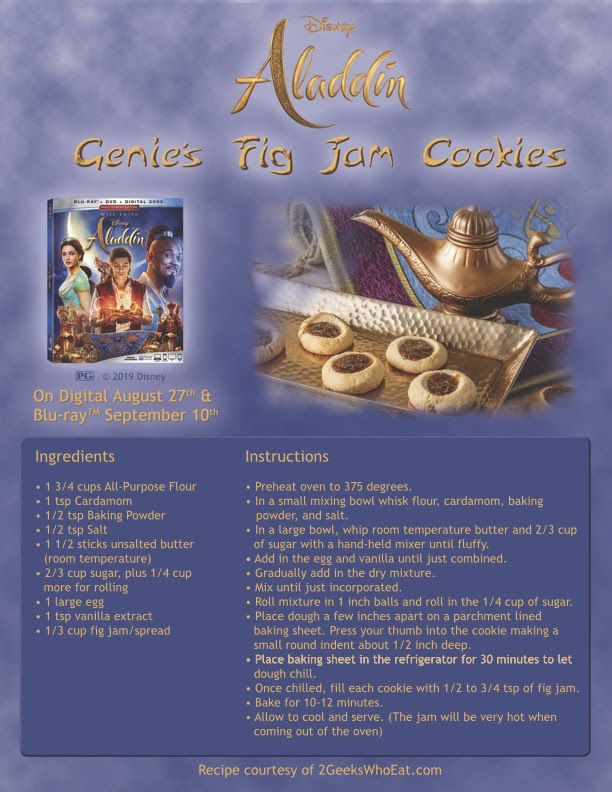 *Disney provided these DVDs. All opinions are my own and not swayed by outside sources.*