I received an all expense paid trip thanks to Disney. All my opinions are my own and not swayed by outside sources. Pictures given with permission from Disney and Becky from MySparklingLife.com.

So did you see The Jungle Book this weekend?  If not, what are you waiting for? Seriously this movie is absolutely breathtaking and the box office numbers and reviews show what an AMAZING movie The Jungle Book is!  103 million dollars opening weekend!! 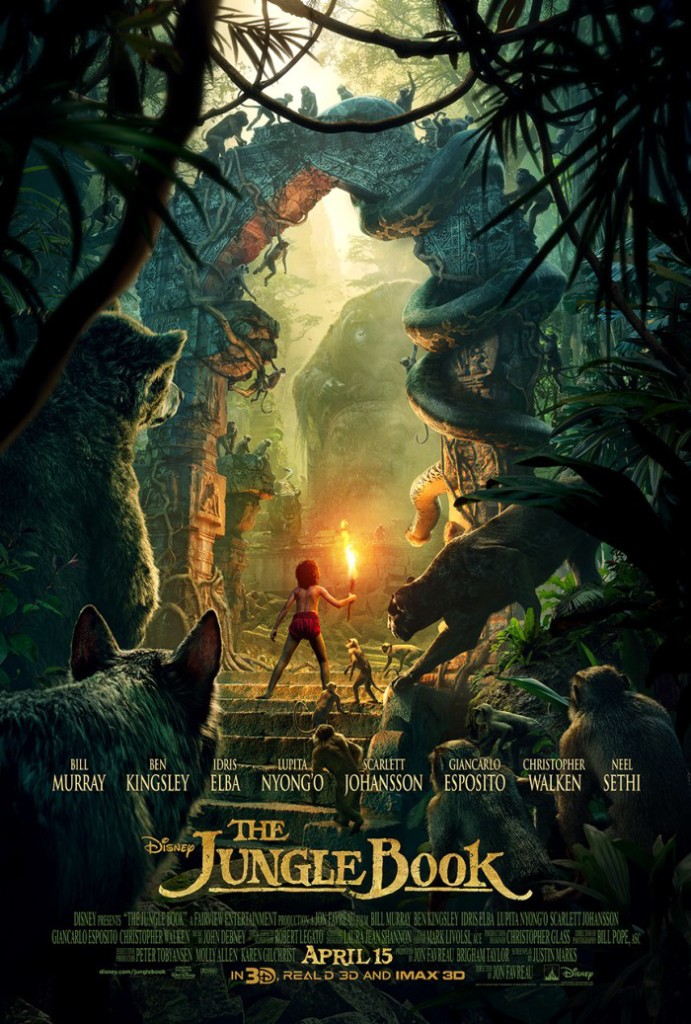 Two weeks back, I had the chance to sit and interview some of the wonderful cast of The Jungle Book. To see their excitement over this movie, really blew me away. One of the most notable actors we interviewed was Sir Ben Kingsley! YES the Sir Ben Kingsley. I felt as if royalty entered the room when he came in. It was one of those awe minutes where you just had to sit and take it all in!

In the movie, Sir Ben Kingsley plays the role of Bagheera, the big jungle cat. Bagheera is the panther that rescues Mowgli as a “man-cub” and brings him to a pack of wolves to raise as one of their own.  He  is an overseer of the pack and the one in charge, who showcases his overprotectiveness at times in The Jungle Book. 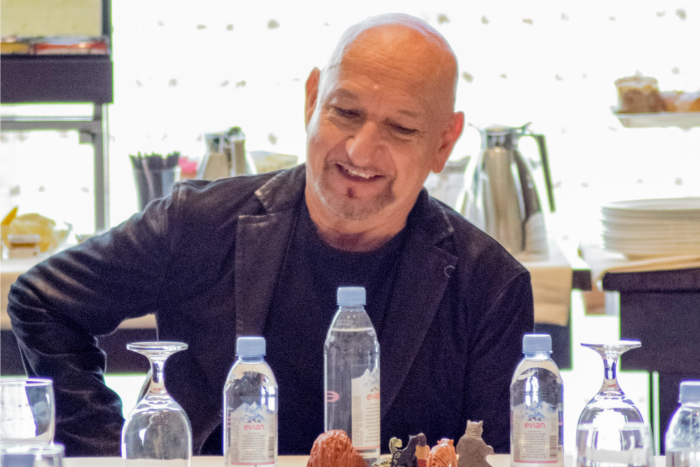 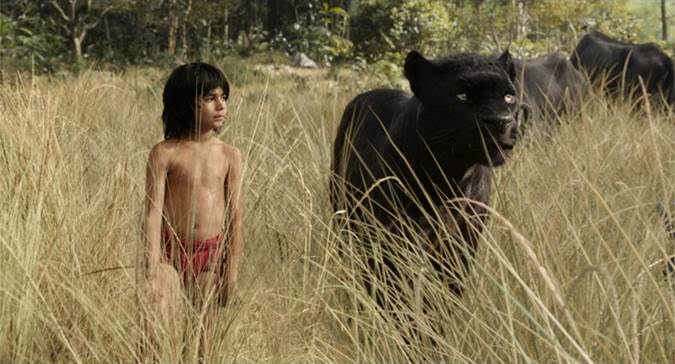 He thought it was very similar to what Kipling envisioned which is a huge leap in imagination for what we are all seeing on the big screen. The imagination is seen as you see Mowgli talking to animals and living with them.

” With all respect to its predecessor in the ’60’s, that was an animated cartoon talking to animated cartoons, but this is a little boy, and we are blessed with him, Neel- he’s amazing. Literally, well, not literally but what you see is he’s with animals, which is wonderful.”- Sir Ben Kingsley

2. You’ve been a part of so many magnificent movies and you’ve portrayed so many amazing characters on stage and in movies as well. How do you approach coming into a character? How do you get ready to become this specific character? 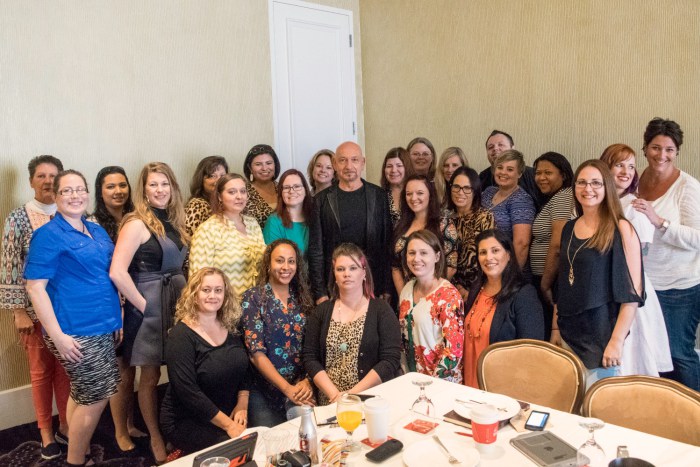 ”  I think it varies because either I’m propelled towards a character through recognition or through curiosity. Sometimes if neither of them are there, curiosity has to be there, because if I’m not curious about him (I haven’t played a her yet),  then of course that won’t be contagious and the audience won’t be curious. I started my career as a stage actor was with the Royal Shakespeare Company, and he still is the maestro of storytelling and of putting patterns of human behavior on the stage.

I think that if I can feel that there’s a genuine pattern of recognizable human behavior, even a little bit with animals, that human element  which is healing, which provides an explanation, comfort, entertainment, all of the above, then I’d love to be part of it. If I feel that it’s just  an invention, an obstruction,  that it doesn’t have anything to do with us, then it doesn’t really excite me at all. It has to have that human ingredient to it, that moves us forward even a tiny bit as a, as a tribe or species.” – Sir Ben Kingsley

3. Did the actors or did you, in this contemporary production, have to navigate the Indian-ness, or did you just treat it as a childhood classic? 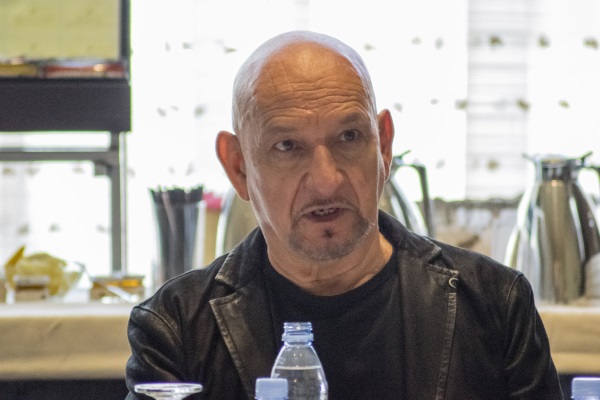 He told us that when he first discussed it with Jon Favereau, he recognized that Bagheera was military and in the Indian Army . In post-colonial times, probably less now, there were British and Indian officers serving in the Indian Army. He told us he was  fascinated by Indian military combination. He told us he tried out an Indian accent when he was voicing Bagheera but it didn’t fit the universal appeal of the story. Without this accent, it made it more universally appealing to all and more accessible.

4.    Did you see Bagheera as more of a father figure to Mowgli than Akela?

“I didn’t see him as a father figure at all. I did see him in military terms,  as if I was training a young cadet into how to survive in particular circumstances. And I liked Jon’s version of this which is close to Kipling’s, which is prepare a book and a story that prepares a young person for life.

And you have to prepare young people for life by lovingly introducing them to the fact that there is light and shade, that both exist side-by-side in life, and that if you dilute, distort, sugar coat, sentimentalize everything in the hope that you’re gonna keep a child’s attention, you won’t. You get the child’s attention when it goes dark. Whenever I read stories to my children, they would always ask me to read the scary bits over and over again. They would love it, because they were hearing it in a safe place. That’s the ingredient. If they are introduced to that dark side of life in a really safe environment by their parents, then it’s fun.”- Sir Ben Kingsley

5.  In the original Jungle Book, Bagheera seems a little more irritated with Mowgli than caring about him. I feel like in the new movie he cares more about him, even as he’s introducing him to his dark spaces. So do you use your experiences as a parent in that, or was that written?

” I’m sure it’s inevitable to use one’s experiences as a parent, but I think in Kipling’s time, which was colonial Britain and I think actually Victorian might still have been on the throne when he wrote the novel, which is extraordinary- you did discipline your children through irritation and the  lack of empathy and impatience, rather than love and encouragement. So I think that if we want to translate it into the 21st Century, then yes, there is irritation in Bagheera, and there are those limits that he won’t let the boy transcend, but that it is done with more empathy and more affections rather than from the book of rules. So there is a shift, yeah.”- Sir Ben Kingsley

6.   Which character do you personally relate to the most? Is it Bagheera or Baloo?

He told us he thinks he is both. He sees both aspects of him with the characters. He told us all the animals represent different challenges to the central challenge of a young boy through adulthood, adolescence and adulthood. He finds that he is like all different parts of them rather than one individual character.

7.  Which is tougher for you- onscreen acting or voice? And does voice bring particular challenges to you, because you’re such an amazing actor, bringing so much emotion and life into the character, when you can only do it through your voices?

“It’s part of my training to surrender one’s whole physical side to an animating genius who is thousands of miles away and maybe there’s 12 of them working on Bagheera’s body. That’s very exciting and  allows me or makes it very imperative that I explain to them through my voice, so that they can hear what I’m doing and they can animate to my voice. It is all very exciting. Story telling for me is, is the essential thing, so if I’m telling a story with my voice or  my body or my voice, my body and an action, and then in a costume and then all sorts of things added on, the essential is the story telling.”- Sir Ben Kingsley

8.  Could you tell us a little bit about the recording process and how long it took?

He told us it was spread out at least a year. He told us how Jon was developing it, he was able to show the actors more and more about how their physical shape would open on the screen. He told us he had two days filming with Neel which was great, to establish a wonderful dynamic between the two of them.

” You really cannot embark on a massive project like this unless you’re the director. He or she, has amazing taste and judgment. Ah, and Jon has both and therefore given that he has the the intelligence to see the bigger picture always in his head, he was a wonderful guide  as to tone, timbre and pitch in the film.  It was really wonderful experience.” – Sir Ben Kingsley

It was a great experience getting to interview Sir Ben Kingsley! Be sure to see him in The Jungle Book which is in theaters everywhere now  in 3D, RealD 3D, and IMAX 3D!

Tweet
Share
Pin
0 Shares
Get a Kick Out of Soccer and Make it Easier with SOCKIT! COUPON CODE PROVIDED!
Best Buy has the Latest in Energy and Water Efficient Appliances!