*I am a Peppa Pig Blog Ambassador. All my opinions are my own and not swayed by outside sources. *

My kids are HUGE Peppa Pig fans! For real, they could watch Peppa Pig all day long. Now I am excited to announce that Peppa Pig is coming to your hometown! Wahoo! Oink..Oink! 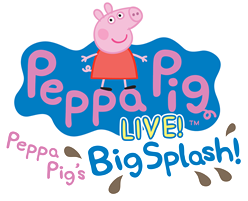 By popular demand, 65 cities and 100 performances have been added to the line-up for Peppa Pig’s first-ever U.S. theatrical tour, “Peppa Pig’s Big Splash”! The tour kicks-off this November and continues into April 2016, with tons of new tour stops and cities added to the schedule. We know this will be very happy news to fans all across the country!

More fun than a muddy puddle! On the heels of strong U.S. ticket sales for its first leg of tour dates, and by popular demand, an additional 65 cities and 100 performances have been announced for Peppa Pig’s first-ever U.S. theatrical tour, Peppa Pig’s Big Splash. Peppa Pig, star of Entertainment One’s (eOne) top-rated TV series, airing daily on Nick Jr., and her all-new live stage show will visit more than 90 cities starting this November. The tour is visiting some of the highest-profile theaters in the country, including the Beacon Theatre in New York City (three shows), Microsoft Theater in Los Angeles (two shows) and the famed Ryman Auditorium in Nashville. Tickets for the spring 2016 performances are on sale beginning Saturday, September 19.

Citi® Cardmember and Facebook presale tickets, as well as “pink carpet“ VIP packages that include a meet and greet, will be available September 16 at 10:00 a.m. Citi® Cardmember Preferred Tickets and general public tickets are on sale beginning September 19. Fans can purchase tickets and find more information at www.peppapiglive.com.

“Peppa Pig is an absolute superstar among the preschool set and their families all across America and she will be making her biggest splash yet with the upcoming tour, now set to visit 65 additional cities in 2016,” said Jonathan Shank, Red Light Management, a producer of Peppa Pig’s Big Splash. “With many of the initial shows already sold out and many more performances added to accommodate the strong demand for tickets, Peppa Pig’s theatrical tour is proving to be one hot ticket for families this fall!”

Peppa Pig’s Big Splash is an action-packed live show, based on the popular Peppa Pig television
series, designed to deliver to preschoolers and young fans an unforgettable first live theater experience. A fully immersive musical production featuring a dozen familiar and original songs, as well as an interactive sing-a-long, the live stage show will have fans laughing, singing, dancing and of course jumping in muddy puddles too – just like Peppa. 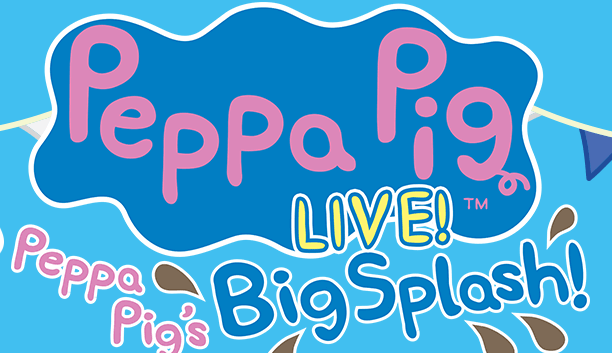 “We’re thrilled that even more families all around the country will have the opportunity to spend the day with Peppa and her family and friends,” said Joan Grasso, VP, Licensing – North America, eOne Family. “The live show is a fresh new way for U.S. fans to experience Peppa Pig and the tour promises to be BIG fun for the whole family.”

In Peppa Pig’s Big Splash, the nursery roof is leaking and Peppa and her friends need to fix it quickly. They set up a fair to raise money so Mr. Bull can do the repairs. There’s plenty of fun to be had as Peppa, George, Mummy and Daddy Pig, along with Danny Dog, Pedro Pony and Suzy Sheep work together to organize an exciting day out complete with a Champion Puddle Jumping competition judged by Mr. Potato, where everyone gets wet! An interactive experience full of singing, dancing, games, and muddy puddles, Peppa Pig’s Big Splash is a guaranteed blast for preschoolers and their parents alike!

Peppa Pig’s popularity continues to soar in the U.S. Families are flocking to major retailers nationwide, including Toys“R”Us, Walmart and Target, where hundreds of Peppa products have taken over shelves. Peppa is also a star on social media, connecting each day with her more than 2.5 million global followers on Facebook alone.

Airing each weekday on Nick Jr., Peppa Pig follows the adventures of Peppa, a loveable,

Peppa’s favorite things include playing games, dressing up, spending days outdoors, and jumping in muddy puddles. All episodes are wholesome entertainment for the entire family; Peppa’s adventures always end happily with loud snorts of laughter. Peppa Pig episodes are available on DVD, and for download on iTunes and Amazon Instant Video. For more information about Peppa Pig, please visit www.peppapiglive.com, Facebook and Twitter.