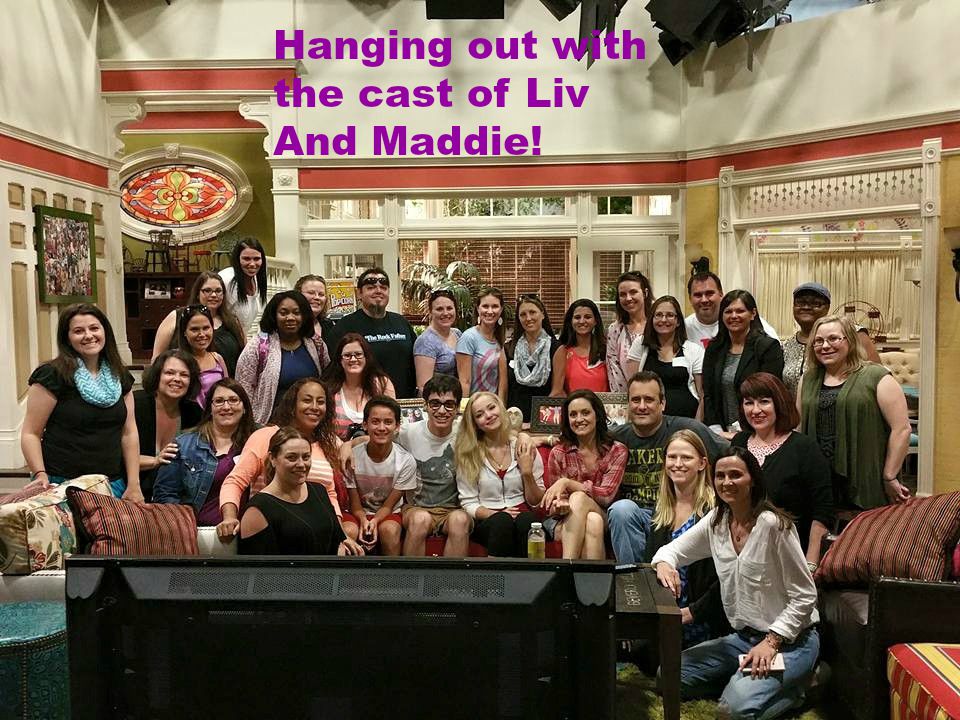 I had the absolute pleasure while in LA a few months back to interview some incredible and talented actors. This was definitely the case when I had the chance to interview the cast of Liv and Maddie. Just about the time I was leaving to head to LA, my daughter started watching Liv and Maddie, and since I returned it has quickly become one of her favorites. Her and her friends actually had a marathon of Liv and Maddie tonight while I was writing the post. They make me save every single episode on demand and then they binge watch them one after another. It is actually very cute!

If you are not familiar with Liv and Maddie, now is your chance to start watching. Liv and Maddie is on Sunday nights on Disney channel and is a show you do not want to miss. This week show is called “SPARF-A-Rooney”.  Maddie and Diggie try to “out-fun” each other at a local music festival as Liv tries to help Andie get over her breakup. This episode of “Liv and Maddie” airs Sunday, August 16 (9:00 PM – 9:30 PM ET/PT), on Disney Channel. This looks like a great episode so make sure to set your clocks to watch this show this upcoming Sunday and then Sundays thereafter.

When we visited the cast, we had the chance for a couple of minutes to watch them tape a run through of the show before the live taping. I was blown away by the sets because they work in a small space but in the show, it is exemplified ten fold. The run through was a lot of fun to watch and it got me really excited to talk to the actors. It was so impressive to me how they stage out every single line at rehearsal and so such complete run throughs to make sure each scene is perfect. Seeing all the work they put into each episode of Liv and Maddie, gave me such a deep found respect for the show. The show truly is incredible so be sure to watch it on Sunday nights. 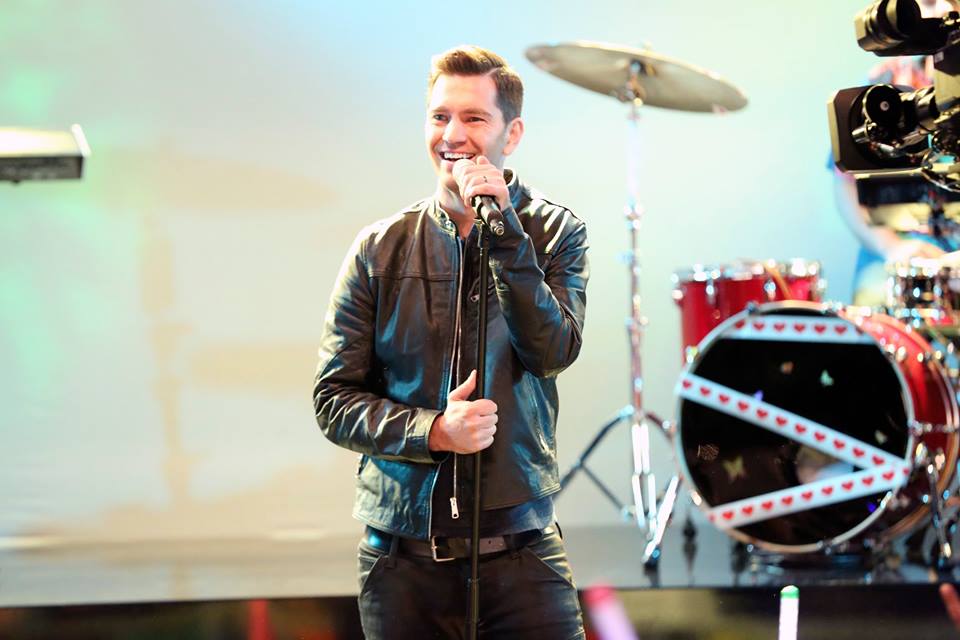 After seeing them film the run through, they then were generous enough to come out from set and talk to us. They all introduced themselves and their characters. We then proceeded to ask them questions.

For Dove,  we wanted know if she was like Maddie in real life? 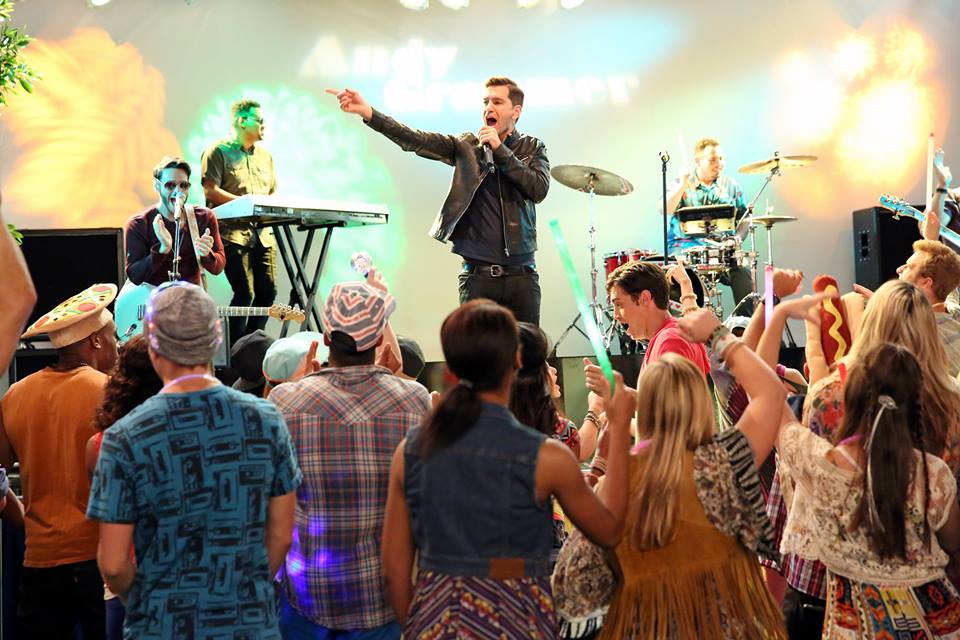 ” Actually, funny enough like super, super short version of the long story. I originally only played one character. And then when they brought us back after 9 months of testing, they sort of informed all of us that it was now a twin show. So I didn’t audition for either character, so when the opportunity presented itself, our director Andy Fickman was just like do you want these girls to be? And so I just sort of split my own personality down the middle and then turned it up extreme Disney style. So I’m kind of a lot like both of them.”-Dove Cameron

If you are not familiar with the show, you will see that Dove Cameron marvelously plays both the Liv and Maddie character. It took me an episode or two when I first watched to realize this (haha) but my daughter was way aware of this the minute the show came on. I guess she is that good that I didn’t realize it was the same person! Interject laughs now:)

We then wanted to know how different it was doing a TV show vs. a film? 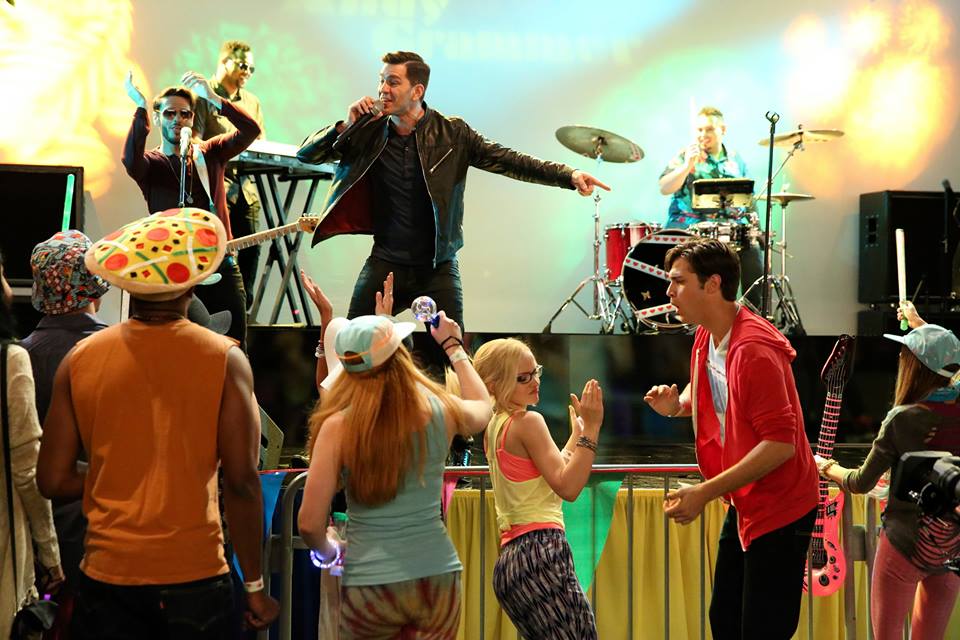 ” It’s sort of like a school year and you say “I’m gonna get all A’s and I love extracurricular activities,” and then you get to the end of it and you’re like, “I need summer.” So, you know, everything in moderation. I feel like when you get to the end of the season, you feel like you want to do a movie. And then you do the movie and you’re like, “I can’t wait to be back on a Monday through Friday schedule!” So they’re both fun for different reasons. I think everybody goes through that for different reasons.” -Kali

” Completely different, like we know everybody, we knew the crew here because we’ve done 3 Seasons for the most part with the same people in this giant big Black Box thing all day so you get to know these people. But coming here is kind of like a safety zone. Like when you go to a movie, it’s a new crew, new cast, it’s a new everything. And then you come back here and this feels like home base, so a sense of security.”- Joey

Kali then told us her perspective being the mom in real life and on the show. As Ben and I are her parents, they absolutely love the flexibility of a TV show. By working at a TV show, they are able to go home and be with their real family at the end of a shooting day. However with a movie, the hours are so variable that they might not be home day after day. Her and Ben both feel honored to be on a great show like Liv and Maddie, where they have the flexibility to be actors and then parents as well.

Our next question, we got back to Dove and wanted to know if she ever confuses her character?

Kali and Benjamin both told us that she does not but they get confused a lot between the two characters.  There have been plenty of scenes were both of them had to really stop and see who was acting at the time, Liv or Maddie. 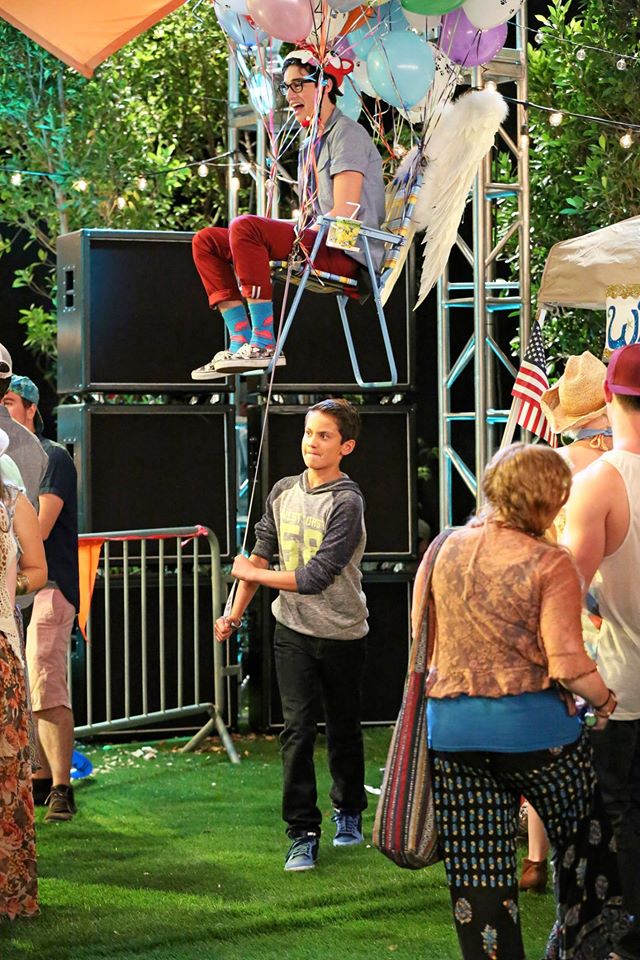 “Well I was so petrified because the twin thing was sort of something that just like happened. So they were like, by the way, you’re going to be playing twins. We’ll see you on Monday and I was like Ha Ha. I’m gonna get fired. I’m gonna lose my job. They’re gonna choose somebody else. So I was just so scared to get it wrong that I like severely over compensated and like went crazy far in the direction of they have to be completely separate entities. So during the first season, I think none of that happened. But I mean, I’ve never gotten confused but as the seasons go on, I’ll walk into a scene, and I’ll be like Wait, who am I?” -Dove

We then wanted to know their favorite moments on set. Dove told us it was really hard for her to pick a favorite scene because they all were so good. They are a really close family and Dove looks to Kali and Ben for parenting advice. They also playfully fight just like kids and parents. I got the feeling that day, it was one big, happy family! I loved it!

They also told us that originally they got ordered for 6 episodes in season one. Then they got news that the Rock was going to guest star and they were all so excited. From then on, things just got up and up for Liv and Maddie, and now it is an extremely popular show on the Disney Channel.

Then we asked when they started as actors, was Disney the goal?

“I think secretly Disney Channel is kind of the goal for every young actor. You grow up watching it, it’s in your home. It’s like when you walk into Disneyland and you see Mickey, and you go, is that really Mickey? But maybe it is, you know? I would still go to Disneyland, I would be with my boyfriend and I’ll say – let’s take pictures with the Characters. He’s like, “you’re almost 20.” And I say, “OK Hon, I know but what if it’s really them?”- Dove

” With Disney Channel, there are the shows and all the casts are kids our age, for the most part. But with other shows, when you find an NBC Pilot who have all adults and if you’re lucky, one of them will have a son that comes in every once in a while so the part’s aren’t as plenty as they are at Disney Channel. So when you’re a young actor, odds are for the most part, you’re mostly auditioning for Disney/Nickelodeon, and the other parts very, very rarely come up.

So Disney/Nickelodeon is kind of something that everybody goes out for and some people are right for it and some people go on and do other things. And some people come here and settle down. Some people come here and move on, like it’s such a court for young actors to do whatever they want after it because they publicize you so much and you really learn your Craft and learn your voice. I think it’s a great jumping off point. I think it’s a great thing for us to have gotten into, especially at this age.” -Tenzing

We then talked about how long it takes Dove to get ready for both her characters. It is upwards of two hours sometimes. They also told us when they started shooting, it took them three full days to shoot an episode. Now, time has definitely shortened and they got it down pat. They have an efficient way of shooting that appeals to them all now.

“Well also, I think it’s a matter of security like with the first season, you just don’t know and you’re worried and then you get picked up and will they like us? And is this too weird. And then second season, you still don’t know. But third season, you do. It is like coming home and you sort of feel like we know this. We know each other.” -Dove Cameron

It was a wonderful day interviewing these talents! Do not forget that Liv and Maddie is on every Sunday on the Disney Channel! Tune in this Sunday!