*I received the Fifty Shades DVD plus other promotional items for review. All my opinions are my own and not swayed by outside sources.*

If you have not seen Fifty Shades of Grey yet, now is your time because it is now available on DVD! I was a 50 Greys book fan but I was not really sure how the books would translate to make a movie. After some contemplation I decided to give it a go (hey the movies are never better than the books) but I have to say that this movie most certainly was as good as the books. I thoroughly enjoyed how they put this movie together and it was better than I ever expected!

The worldwide phenomenon comes to life in Fifty Shades of Grey, starring Dakota Johnson and Jamie Dornan in the iconic roles of Anastasia Steele and Christian Grey. Ana is an inexperienced college student tasked with interviewing enigmatic billionaire Christian Grey. But what starts as business quickly becomes an unconventional romance. Swept up in Christian’s glamorous lifestyle, Ana soon finds another side to him as she discovers his secrets and explores her own dark desires. What results is a thrilling, all-consuming romance as Christian and Ana test the limits they will go to for their relationship.

The story of a searing love affair between a naïve college student and a billionaire entrepreneur, Fifty Shades of Grey, will have women worldwide planning a special Friday night in when the provocative love story comes home for the first time. Fans of Christian Grey and Anastasia Steele will be able to have the ultimate at-home movie experience when Fifty Shades of Grey, the global phenomenon that grossed more than $560 million globally, comes to Digital HD Friday, May 1, 2015 and Blu-ray™, DVD and On Demand Friday, May 8, 2015 from Universal Pictures Home Entertainment. Based on E. L. James’ best-selling novel, the Blu-ray™ and Digital HD include an exclusive unrated version of the film that features a never-before-seen alternate ending and the exclusive tease to the next movie, Fifty Shades Darker, along with almost two hours of all-new bonus features that go behind the scenes of this year’s hottest romance. 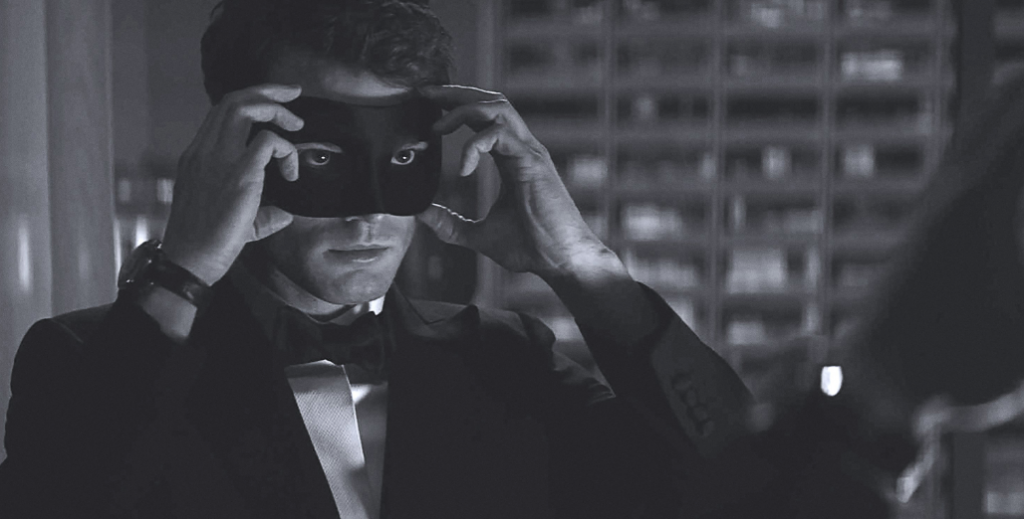 Shy and unassuming literature student Anastasia Steele (Dakota Johnson) finds her life forever altered when she interviews the enigmatic Christian Grey (Jamie Dornan) and is dazzled by the charismatic entrepreneur and his high-flying lifestyle. As the pair embarks on a passionate affair, Ana soon discovers that Grey has dark secrets and desires that will push her to the limits of her imagination—and beyond. 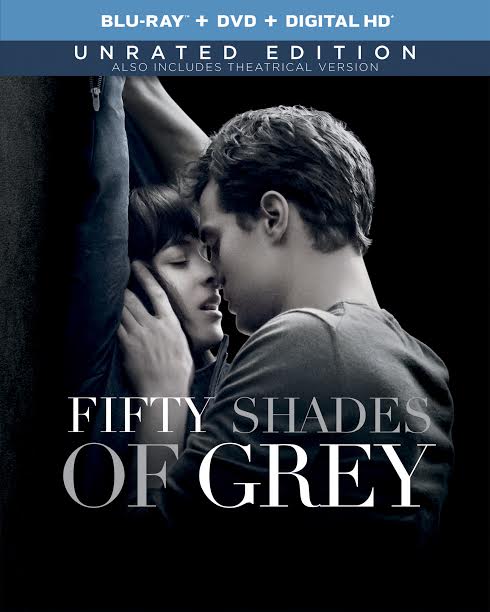 BONUS FEATURES EXCLUSIVE TO BLU-RAY:
-Fifty Shades of Grey Unrated and Theatrical Versions
-Exclusive Tease of the Next Movie Fifty Shades Darker
-The World of Fifty Shades of Grey: Discover the artistry involved in creating everything Fifty Shades of Grey, including in-depth profiles of stars Jamie Dornan and Dakota Johnson, and the characters they play.
-CHRISTIAN GREY: Inside the world of Christian Grey and what makes him so magnetic and mysterious.
-CHRISTIAN GREY PROFILE: Illustrated with film clips: Who is Christian Grey?
-JAMIE DORNAN PROFILE: Meet the actor behind the iconic character.
-CHRISTIAN’S APARTMENT: Living room, dining room, bedroom, bathroom and the Red Room
-CHRISTIAN’S WARDROBE: A look into Christian’s wardrobe.
-A RICH MAN’S TOYS: Christian’s cars, the plane, the helicopter, all of the recognizable items from the book, now on screen
-ANA: Discovering Ana and what makes her so compelling and relatable.
-ALL ABOUT ANA: Learn more about the Ana character
-DAKOTA JOHNSON PROFILE: Meet the incredible actress behind Anastasia Steele.
-ANA’S WORLD: Beginning with her life as college student to her transformation into a woman living a life of luxury with Christian Grey.
-ANA’S WARDROBE: A look into Ana’s wardrobe.
-E.L. James & Fifty Shades: A chat with the creator of “Fifty Shades,” discussing the history of the novel and the experience making the film. Follow the author at the Premiere screening in New York and come full circle as the film is released to the fans.
-Fifty Shades: The Pleasure of Pain: A discussion with the BDSM consultant and a show-and-tell with property master.
-360° Set Tours of Christian and Ana’s apartments including the Red Room
-Music Videos from Skylar Grey, The Weeknd and Ellie Goulding
-Behind the Scenes of The Weekend’s “Earned It” Music Video

BLU-RAY AND DVD BONUS FEATURES
The World of Fifty Shades of Grey—Friends and Family: Profiles of cast members including Eloise Mumford, Max Martini, Marcia Gay Harden, Luke Grimes, Jennifer Ehle, Victor Rasuk and Rita Ora
Behind the Shades: Follow alongside director Sam Taylor-Johnson, producers E. L. James, Mike De Luca and Dana Brunetti, actors Jamie Dornan, Dakota Johnson and the rest of the cast through the making of the movie, including a candid discussion about the most challenging aspects of the story.

Giveaway: Two winners will each receive a 50 Shades of Grey DVD. This giveaway is run via rafflecopter, so click more to see the actual giveaway. The only mandatory entry is to visit 50 Shades and tell me why you are most excited to see it! While the other entries are optional, I highly suggest filling it out to increase your chances of winning. US only. Good luck!
a Rafflecopter giveaway