Just coming off Broadway,  The Illusionists are going to be touring the country with their Providence Performing Arts Center stop between January 16-18, 2015. This is a show you do not want to miss! This is a brand new show fresh off of Broadway and has some really extraordinary magic tricks.

The Illusionists: Witness The Impossible will makes its Providence debut at the Providence Performing Arts Center (PPAC) January 16 – 18, 2015. The Illusionists is the third installment in the 2014/2015 Encore Series (formerly known as the Contemporary Classics Series). The previously announced Cirque Dreams Holidaze (December 5 – 7, 2014) and Blue Man Group (March 6 – 8, 2015) are sponsored by Amica Insurance.

The Daily Telegraph calls The Illuisionists “deliciously, self-knowingly over the top and brain-bendingly spectacular – genuinely satisfying family entertainment that should not be missed.” This mind-blowing spectacular showcases the jaw-dropping talents of seven of the most incredible Illusionists on earth.  The Illusionists has shattered box office records across the globe and dazzles audiences of all ages with a powerful mix of the most outrageous and astonishing acts ever to be seen on stage.  This non-stop show is packed with thrilling and sophisticated magic of unprecedented proportions. 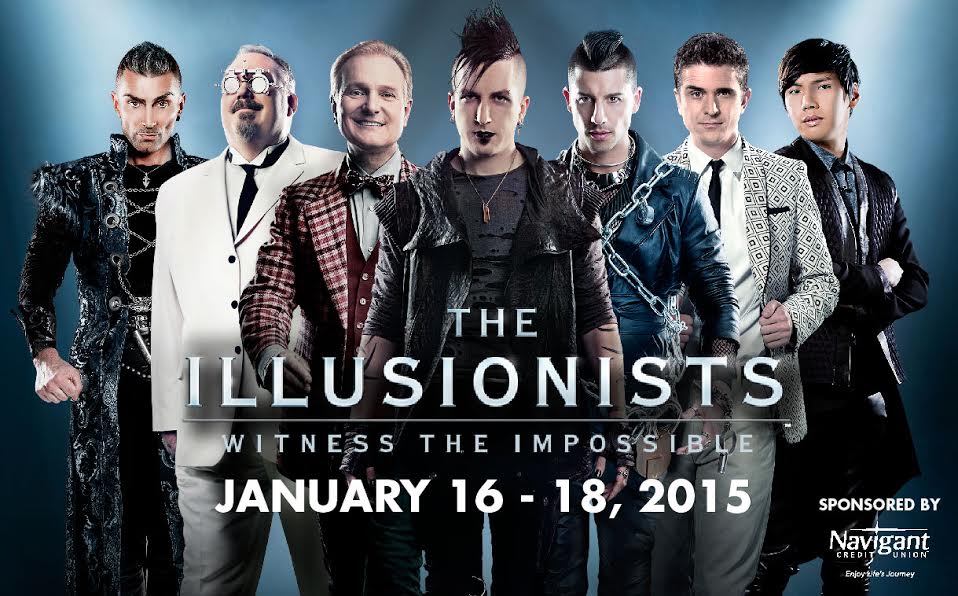 An on-sale date for The Illusionists will be announced. Tickets are available now as part of the Encore Series subscription. Please call the Box Office at (401) 421-ARTS (2787) or Sharon Corcoran in Direct Response at (401) 574-3136.

Box Office Hours are Monday through Friday, 10A to 5P; Saturday, 10A to 2P; and at least two hours prior to all curtain times.

Hope to see you there!

Giveaway: One winner will receive a 4 pack to the January 18 show at 7:30 pm. To enter this giveaway, simply leave me a comment and tell me why you want to see this show and who you will bring. PLEASE LEAVE A VAILD EMAIL ADDRESS! Giveaway ends 1-12 so good luck!