I had the pleasure to interview Dr. David Spigel, a medical oncologist,  of the Sarah Cannon Research Institute about lung cancer and some facts/new treatments being done.  He talked to me about some encouraging news on the cancer front. For years, chemotherapy has typically been the first line of treatment for cancer patients. However, by decoding DNA in tumors, researchers have had recent discoveries in pinpointing certain types of lung cancer.  These discoveries have led to the development of non-chemotherapy treatments. 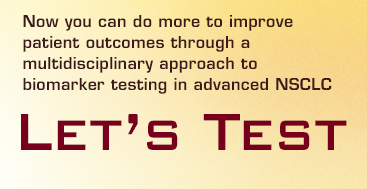 The concept of personalized medicine – matching a patient’s unique genetic profile with an appropriate and more individualized treatment plan – is transforming the care of patients with cancer. Over the last decade, the scientific community has gained a greater understanding of genetic mutations, or abnormalities, associated with the development and progression of cancer; these mutations are also known as biomarkers. The presence or absence of a biomarker can help physicians determine the most appropriate treatment approach for each individual patient based on their specific type of cancer.

In some cancers, like breast cancer, testing for biomarkers is already an established best practice. However, for other cancers, the regular use of biomarker testing is still gaining momentum; non-small cell lung cancer (NSCLC) is one example.

NSCLC is the most common type of lung cancer – in fact, about 85 percent of patients with lung cancer are diagnosed as having NSCLC. Today, there have been multiple biomarkers identified and believed or known to play a role in the development and progression of this disease. One of these biomarkers is a mutation in a protein known as epidermal growth factor receptor (EGFR); it is one of the most common biomarkers identified in NSCLC patients. Another biomarker being closely studied in NSCLC is anaplastic lymphoma kinase (ALK) rearrangements. Approximately 10 to 15 percent of patients with advanced non-small cell lung cancers have EGFR mutations,1,2,3 while another two to seven percent have ALK rearrangements.4

There have been significant advancements in the research of NSCLC over the past 10 years including increased knowledge of biomarkers, which can inform treatment decisions. Traditional surgery, radiation and chemotherapy, which can remove or kill some normal cells along with cancer cells,5 were once the only options; however, targeted therapies are now an option for some patients who have a biomarker. Targeted therapies generally work by influencing the processes that control growth, division, and spread of cancer cells, as well as the signals that cause cancer cells to die naturally (apoptosis), the way normal cells do when they are damaged or old.

“The discovery of genetic mutations and the process of testing for them – known as biomarker testing – is changing the diagnosis and treatment landscape for patients with cancer,” said Kevin Lokay, vice president and business unit head, Oncology, Boehringer Ingelheim Pharmaceuticals, Inc. “It allows us to determine if a patient’s cancer is associated with a genetic mutation, leading to a more detailed diagnosis and giving us the tools we need to map out an individualized treatment approach for each patient.”

Ideally, biomarker testing happens immediately after a patient is diagnosed with a disease like lung cancer to help ensure that he or she can start on the most appropriate treatment as early as possible. A team – that may include pulmonologists, pathologists, oncologists and other health professionals – typically works together in the diagnosis and treatment of patients with lung cancer, including biomarker testing. There are multiple steps involved in biomarker testing for patients with advanced NSCLC, including:

Dr. David Spigel told me that usually when one gets diagnosed with lung cancer, it could be treatable but it also can be deadly. Diagnosis and staging is key! Biomarker testing is to see what switches are turned on in the body that has the lung cancer  cells in it. With this, pills are available to slow down lung cancer and turn off the switch. New discoveries and new therapies are being done every single day and they hope to have new treatments very soon in the future.

All patients with lung cancer should undergo biomarker testing but a doctor should always be consulted first. Testing in general is a very crucial discussion with your doctor. Once a cancer diagnosis is brought to a patient, it is important to find out treatment options and what medicines will work. Also, it is important to see what switches are turned on with the cancer. The first visit is very important and ask any questions you have!

What can you do? You can increase the awareness of biomarker testing. If you or a loved one is diagnosed with lung cancer, be empowered by asking about biomarker testing. You can learn more about the biomarker testing process via an easy-to-understand brochure titled, “Individualizing Your Lung Cancer Care: Informing Decisions Through Biomarker Testing,” which can be found on http://onebreath.org and was developed by Boehringer Ingelheim in collaboration with the American College of Chest Physicians (ACCP) and EmergingMed.

Healthcare professionals involved in the care of patients with lung cancer can find out more through Boehringer Ingelheim’s Let’s Test initiative (www.LetsTestNow.com) to learn more about the importance of automatically testing for biomarkers in advanced NSCLC and the importance of a multidisciplinary, collaborative approach to testing.

*This is a partnered post. All my opinions are my own and not swayed by outside sources.*