*Cori from CoriCozyCorner was sent these items for review as a blog contributor on The Mommyhood Chronicles.*

Disclosure- I received the item(s) mentioned below to host a party and conduct my review. I received no other compensation and my opinions are 100% my own. 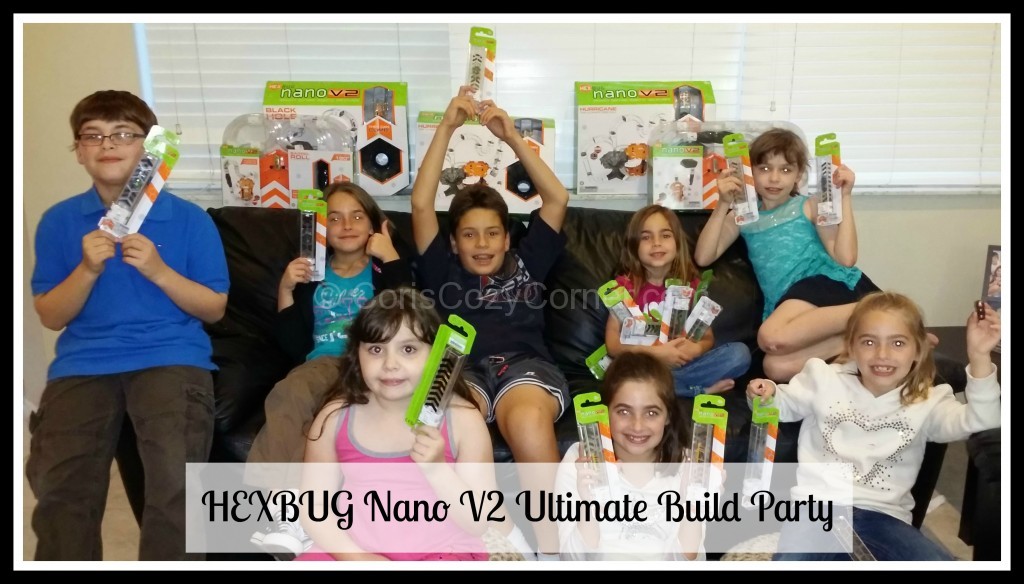 As if HEXBUGS weren’t cool enough, HEXBUGS Nano V2 reach new levels of fun- LITERALLY. HEXBUGS Nano V2 defy gravity and climb up their own tracks. I was offered the opportunity to have a HEXBUGS Nano V2 party and invite some of my children’s friends. My girls were so excited and couldn’t wait until the party to open up all the sets. 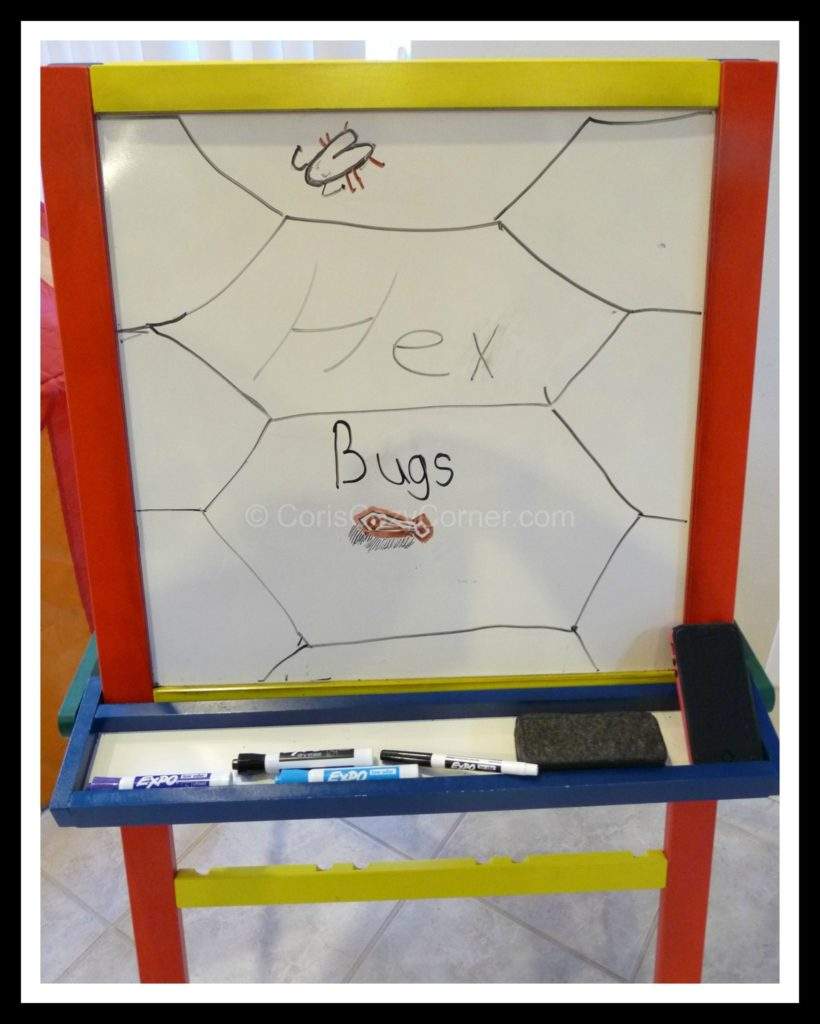 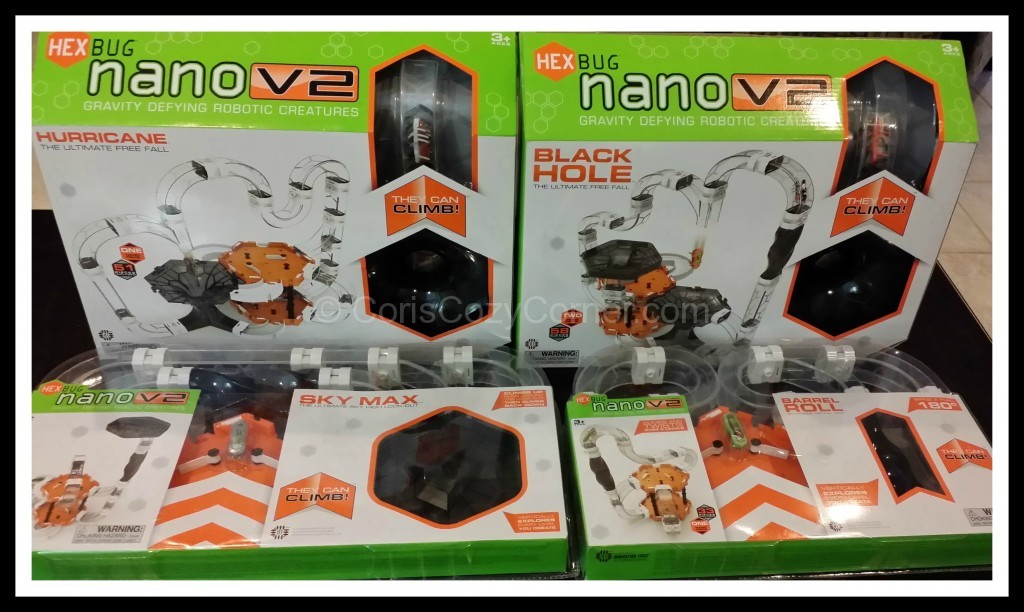 Everyone divided up into groups and picked a set to work on together. They children worked really well together assembling their sets. It was great seeing what strategies each group came up with. Some chose to follow the instructions exactly how they were written while others looked at the pictures to figure out how to configure their structures. Then there were the older boys who decided to go their own way and come up with their own creation with their set. What is great about HEXBUGS is that children can use their imagination to change their sets around and it is like playing with a new set each time. They also learn to troubleshoot if they come up with a configuration that doesn’t work. 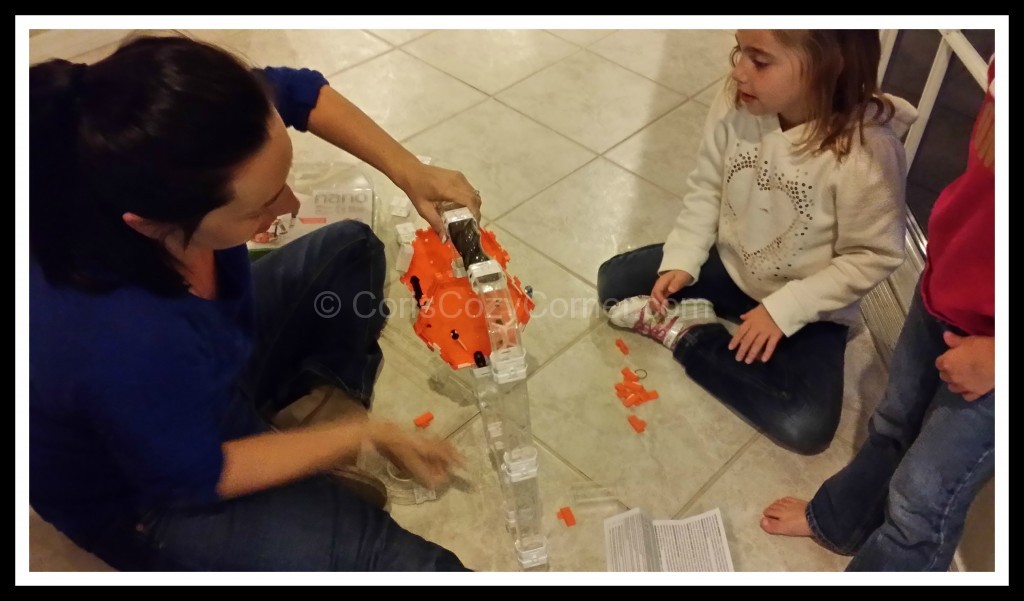 We had children from 5 to 11 years old and everyone had fun. The younger children needed a little help from the mommies to construct their sets but once they were built everyone was able to enjoy all of the sets with their HEXBUGS. It is always great as a parent to find a toy that children enjoy playing with that also challenges their imagination and problem solving skills. 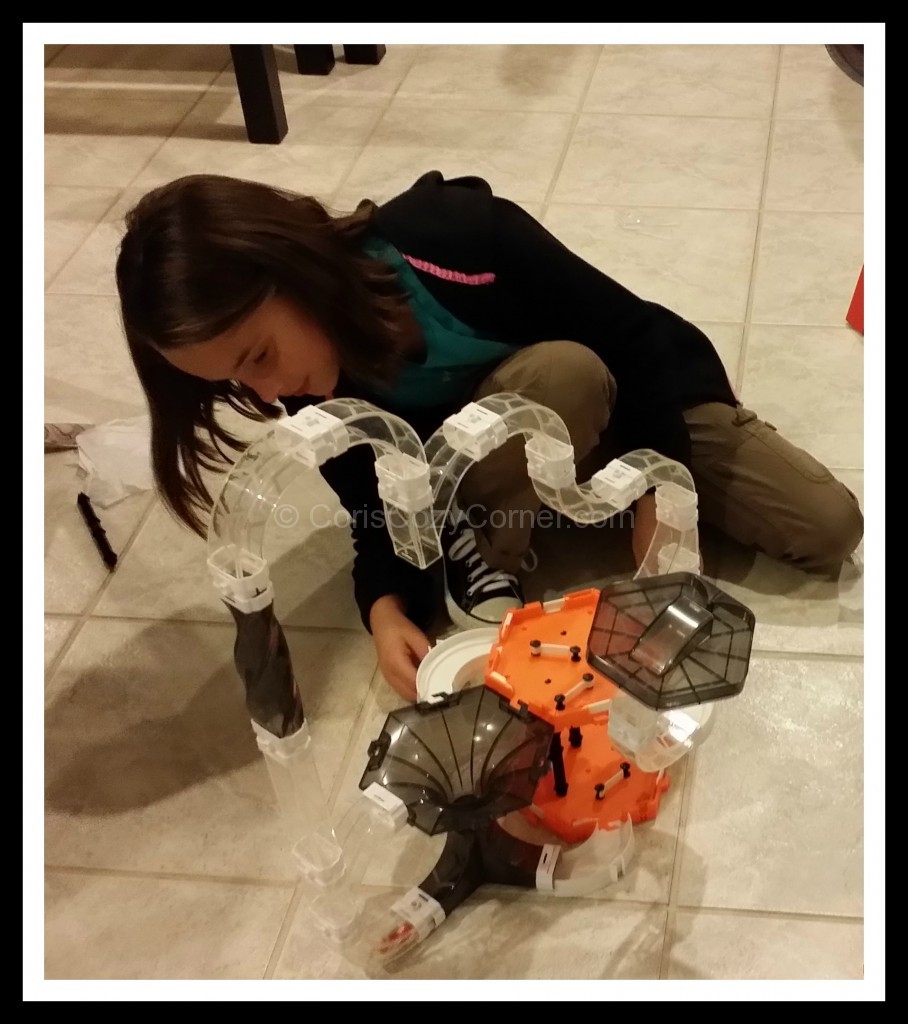 In addition to walking up their own tracks, one of the cool things about the new HEXBUGS Nano V2 is that when they flip over they are able to turn themselves back over. How does this work?
The motor inside the Nano rotates a counterweight that causes forces up and down. The down force causes the legs to bend and the Nano moves forward. The up force causes the creature to hop lifting the front legs off the ground and allowing the legs to unbend. This up and down movement repeats several hundred times per second causing the Nano to move forward. The Nano creature’s ability to flip over by itself is due to the rotating forces caused by the motor and the unique internal and external chassis design (and a little magic). 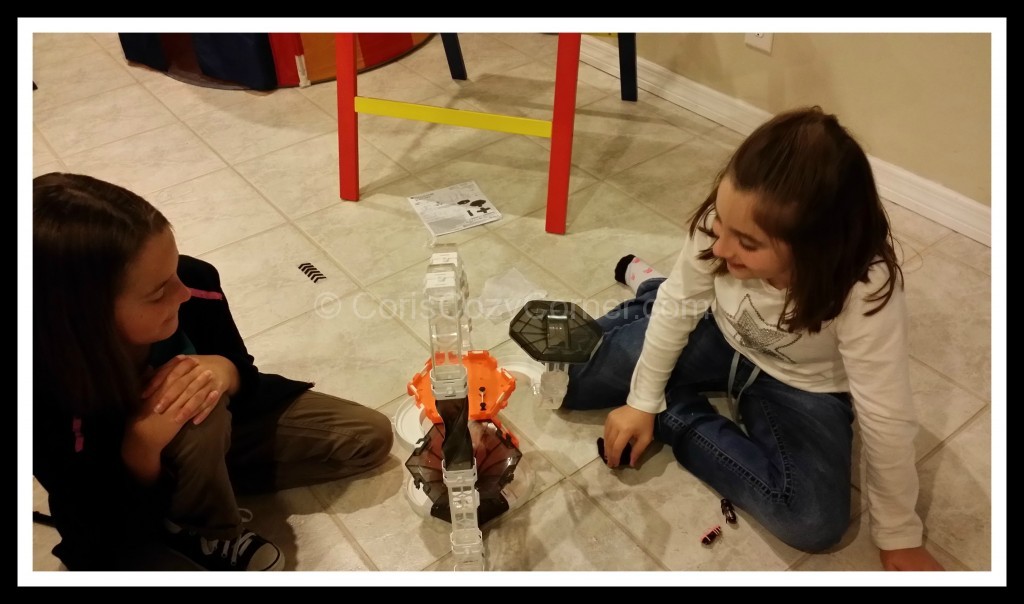 So proud of themselves and admiring their work! 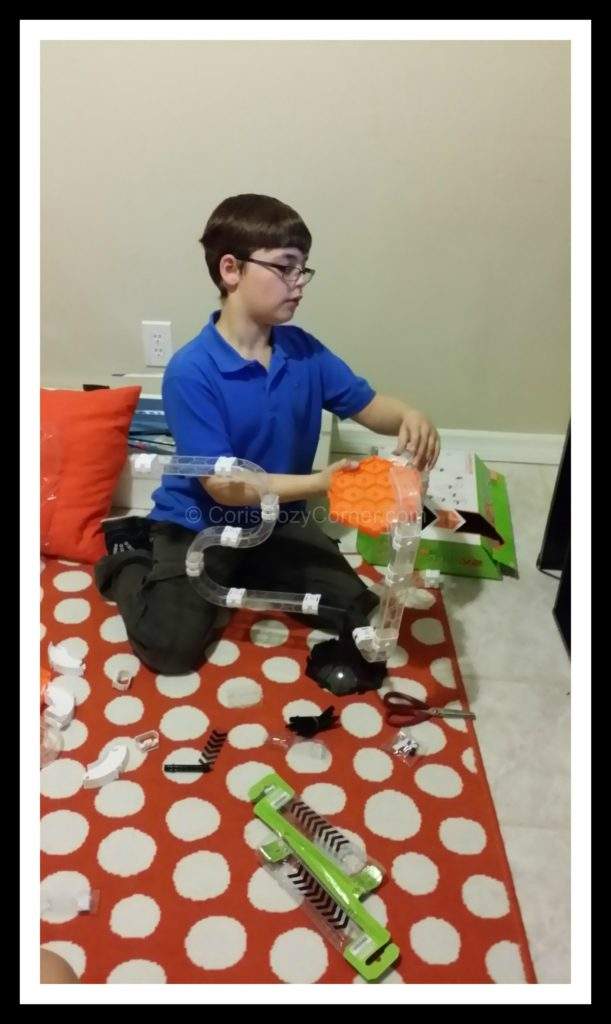 Outside the box thinking! 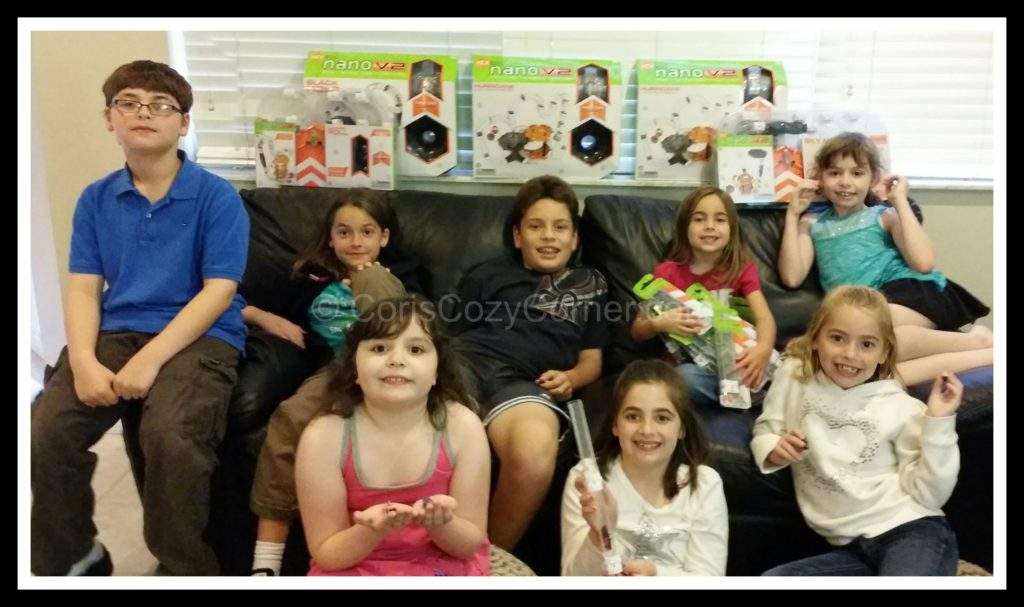 Look at our completed sets: 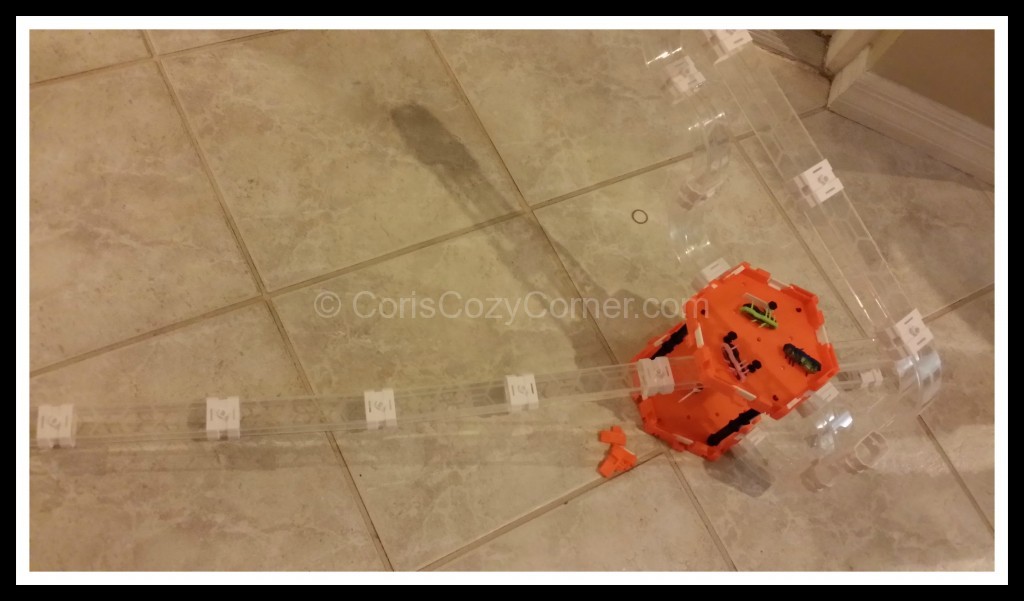 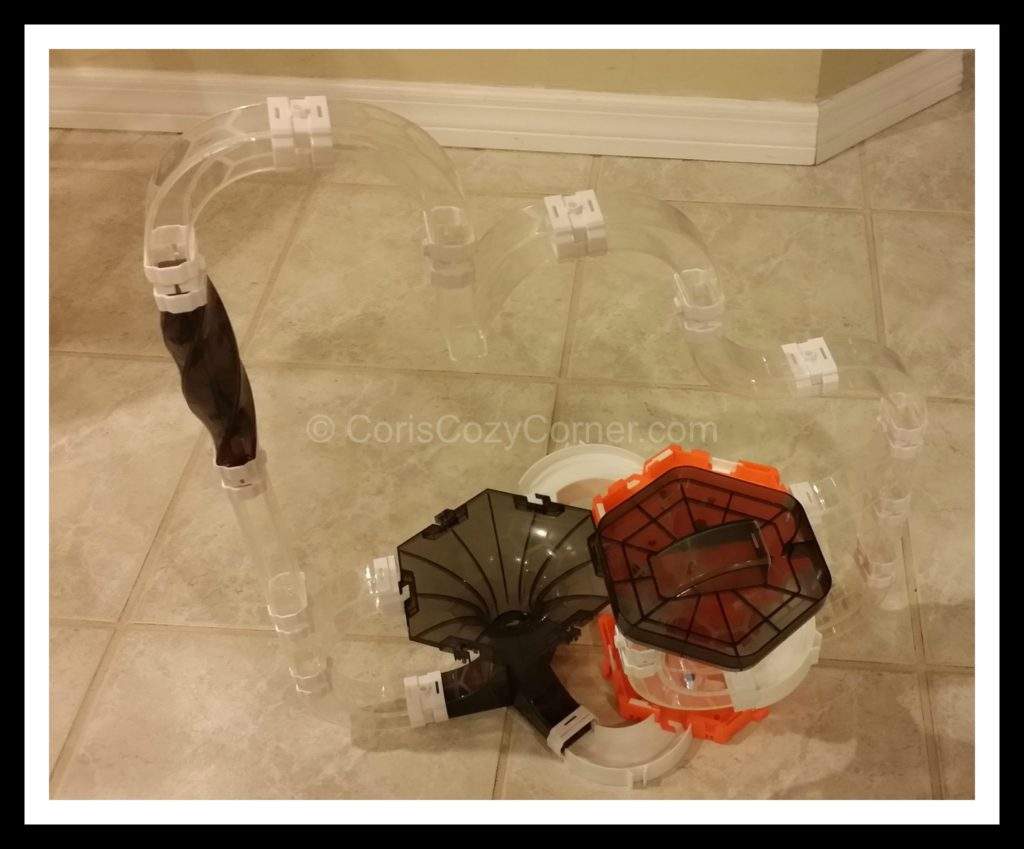 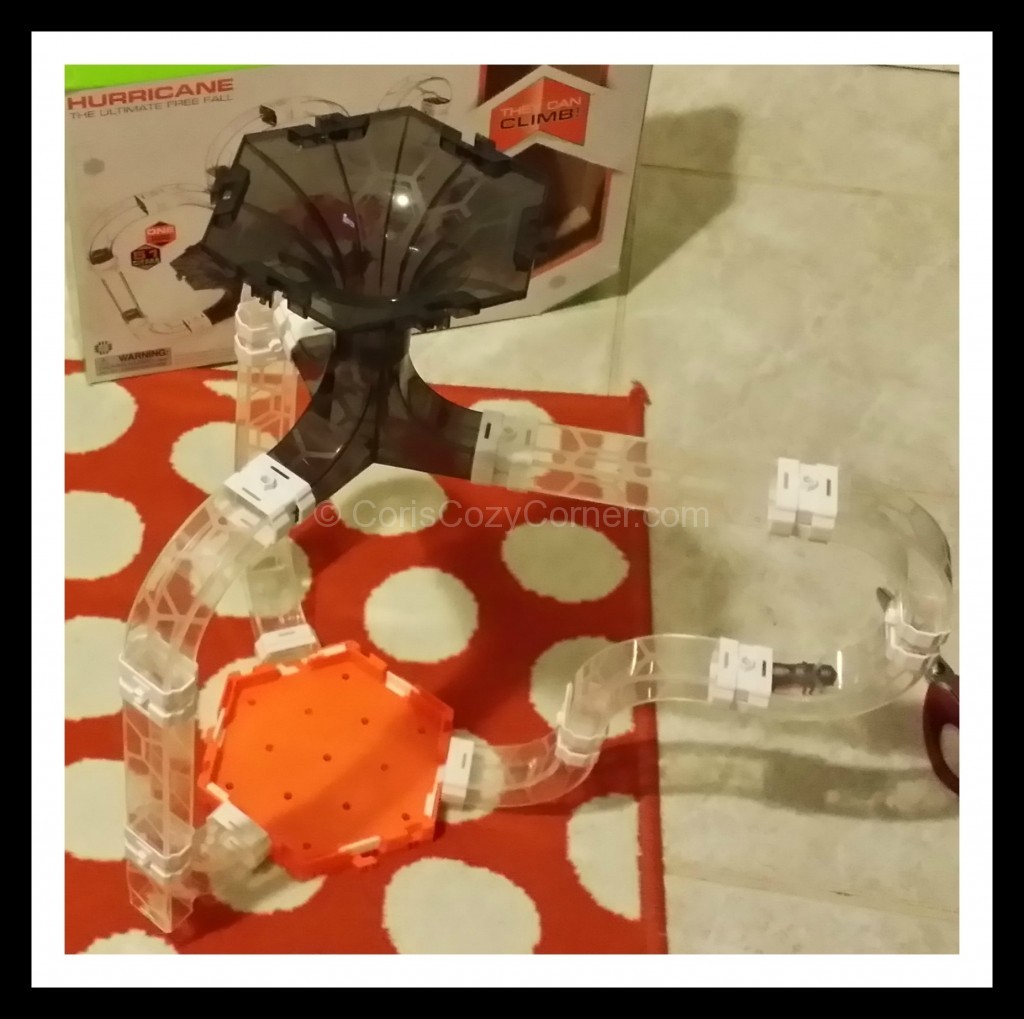 What’s a party without party snacks? In honor of our HEXBUG party we made what else but buggy snacks. Cheese cubes became bug bodies and Chinese noodles became legs and antennae. The kids made two different types of caterpillars- fruit and veggie. The fruit caterpillars were made with skewers of green grapes with a strawberry head and chocolate chip eyes while the veggie caterpillars were made with skewers of green olives with a cherry tomato head and black olive pieces for eyes. The kids even came up with their own buggy creations such as a strawberry butterfly and grapes turned into bugs with Chinese noodle legs. It was the perfect way to end a great HEXBUG party. 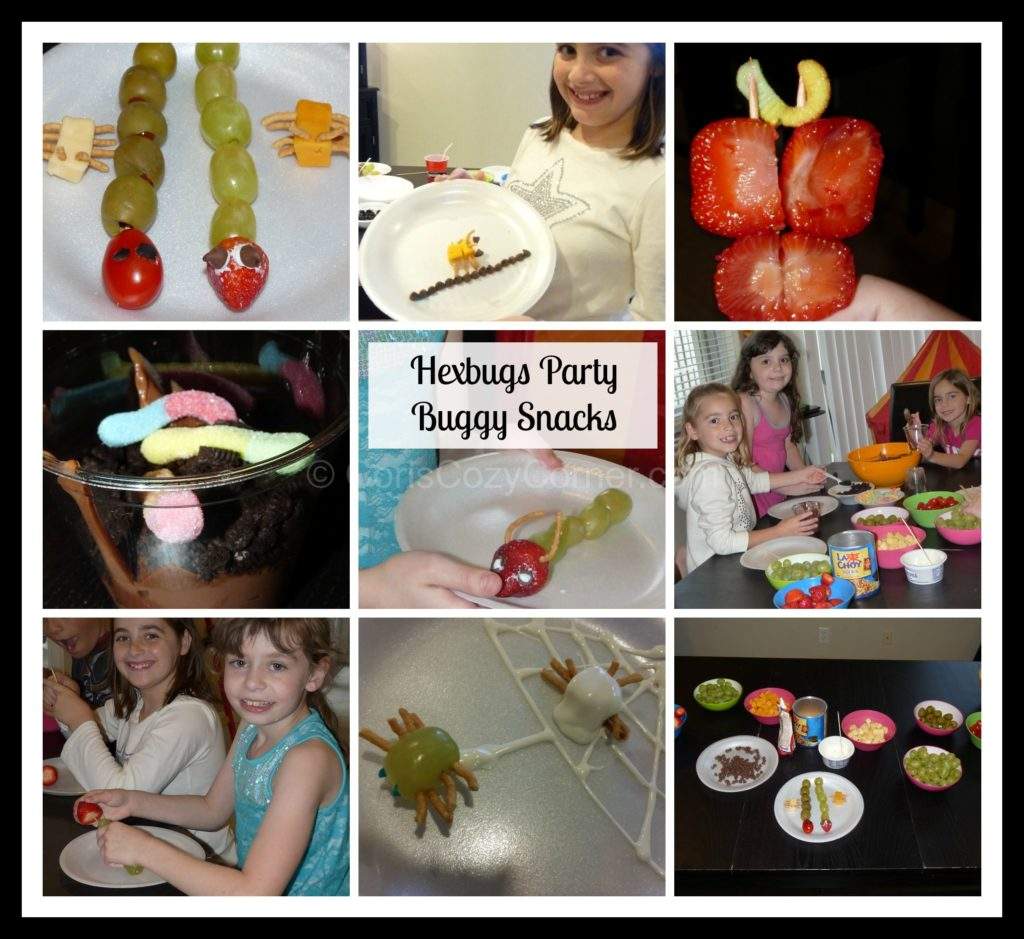 HEXBUGS are sure to be a hit this holiday season.
Stay connected with HEXBUG!