I am really excited because STOMP is coming to the Providence, Performing Arts Center on May 17-May 18, 2013 for three shows only!! 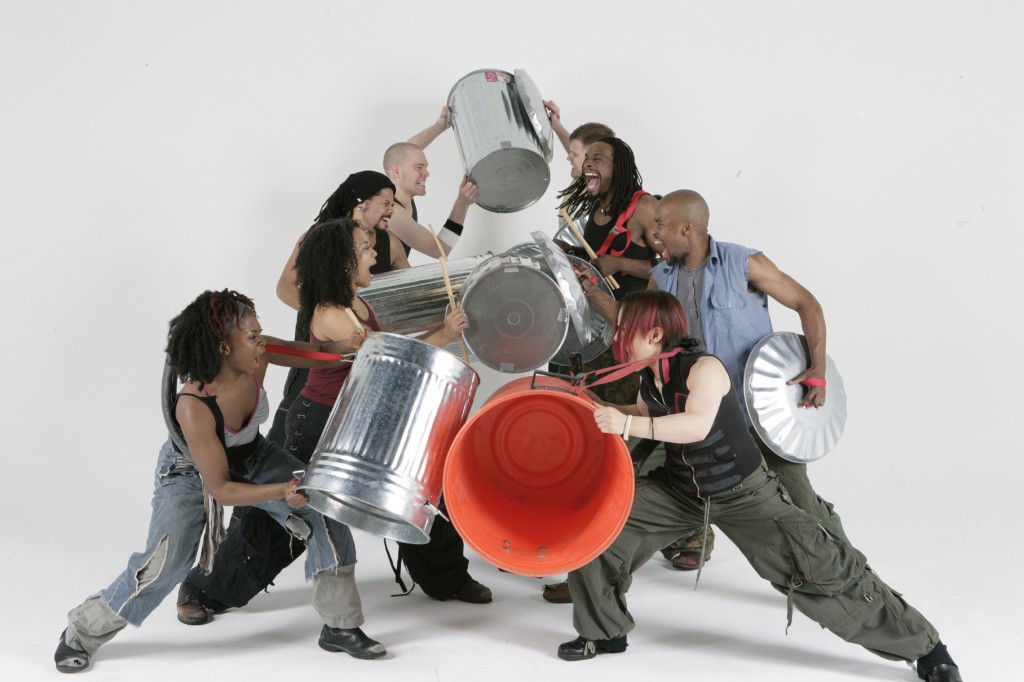 STOMP, the international percussion sensation, returns to the Providence Performing Arts Center (PPAC) May 17 – 18, 2013.  From its beginnings as a street performance in the UK, STOMP has grown into an international sensation over the past 20 years, having performed in more than 50 countries and in front of more than 24 million people. The performance schedule for STOMP in Providence is Thursday, May 17 at 7:30P and Saturday, May 18 at 2P & 8P.

Created by Luke Cresswell and Steve McNicholas, STOMP continues its phenomenal run with four global productions: the ongoing sell-out production at New York’s Orpheum Theatre, a permanent London company, and North American and European tours. Throughout its life, the show has continued to change by creating new material; this year, it will incorporate two new pieces.  It is safe to say you will never again look at supermarket carts  or plumbing fixtures the same way… or paint cans, or kitchen sinks or… 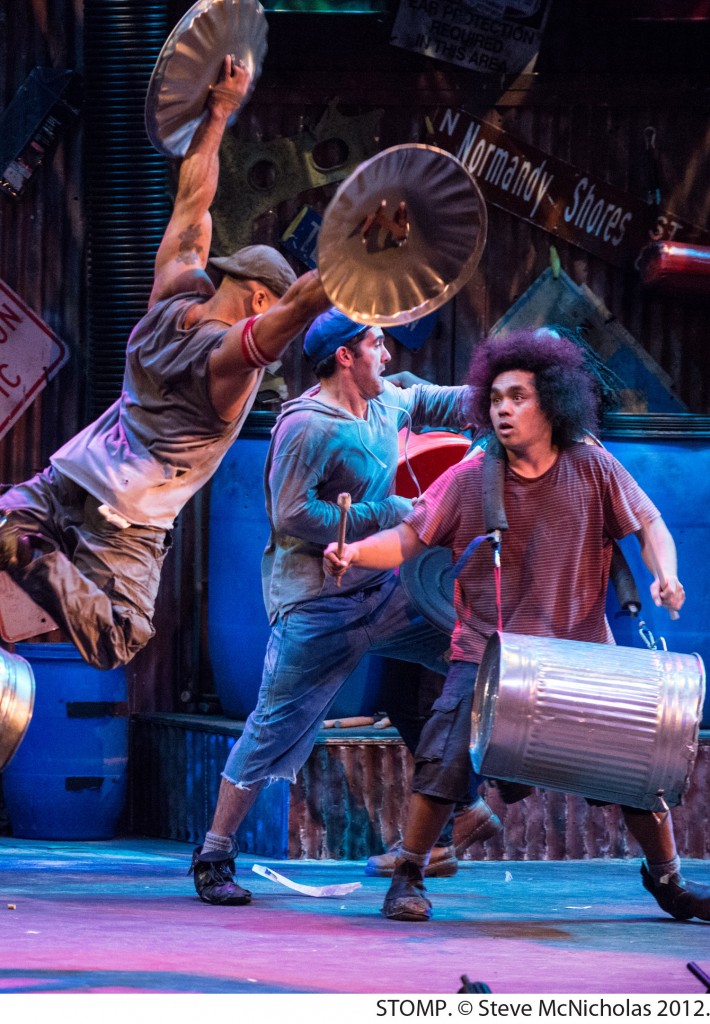 STOMP, an overwhelming success marked by rave reviews, numerous awards, and sell-out engagements, is the winner of an Olivier Award for Best Choreography (London’s Tony Award), a New York Obie Award, a Drama Desk Award for Unique Theatre Experience, and a Special Citation from Best Plays. 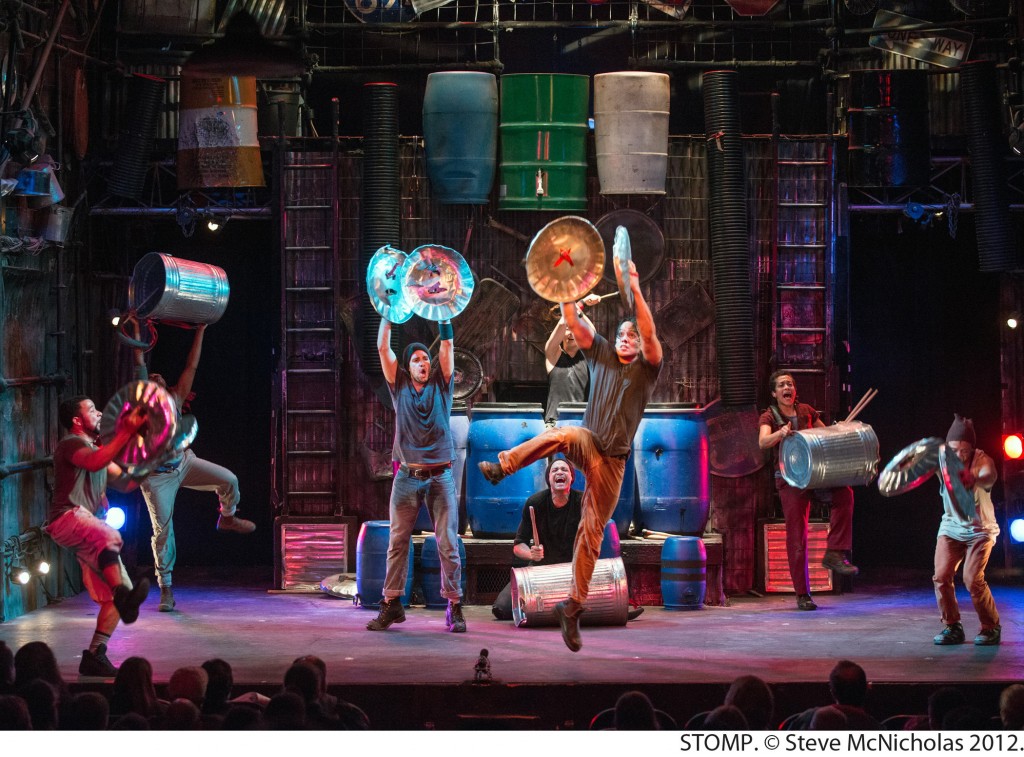 In addition to the stage shows, STOMP has been an overwhelming success marked by rave reviews, numerous awards, an Academy Award nomination, four Emmy nominations and one Emmy Award for their acclaimed HBO special Stomp Out Loud, noteworthy TV appearances including The London 2012 Olympic Games Closing Ceremony, The Academy Awards (produced by Quincy Jones), Mister Rogers’ Neighborhood, and a series of award-winning international commercials.

The performers “make a rhythm out of anything we can get our hands on that makes a sound,” says co-founder/director Luke Cresswell.  A unique combination of percussion, movement and visual comedy, STOMP has created its own inimitable, contemporary form of rhythmic expression: both household and industrial objects find new life as musical instruments in the hands of an idiosyncratic band of body percussionists.  It is a journey through sound, a celebration of the everyday and a comic interplay of characters wordlessly communicating through dance and drum.

Synchronized stiff-bristle brooms become a sweeping orchestra, eight Zippo lighters flip open and closed to create a fiery fugue; wooden poles thump and clack in a rhythmic explosion.  STOMP uses everything but conventional percussion instruments – dustbins, tea chests, radiator hoses, boots, hub caps – to fill the stage with a compelling and unique act that is often imitated but never duplicated.
Critics and audiences have raved: “STOMP is as crisp and exuberant as if it had opened yesterday,” says The New York Times.  The San Francisco Chronicle declares “STOMP has a beat that just won’t quit!” and The Los Angeles Times exclaims, “Electrifying! Triumphs in the infinite variety of the human experience.”  The Chicago Tribune says, “A phenomenal show! Bashing, crashing, smashing, swishing, banging and kicking – a joyous invention!”
Tickets are $52 – $30; all ticket prices include a $3 per ticket restoration charge. Tickets are available at the PPAC Box Office (220 Weybosset Street in downtown Providence), online at  the PPAC or by calling (401) 421-ARTS (2787). Box Office Hours are Monday through Friday, 10A – 5P; Saturday, 10A – 2P; and through curtain time(s) on performance days.

Win it: One winner will receive a 4 pack to see STOMP at the PPAC, RI on Thursday, May 17 at 7:30 pm. For this giveaway, tell me if you have seen STOMP in the comment section proceeding this post. Giveaway ends 5/13. Winner chosen via random.org. PLEASE REMEMBER A VALID EMAIL ADDRESS!

*I received a 4 pack to see  STOMP for review purposes. As always, all my opinions are my own and not swayed by outside sources.