Zane is at the age where he is ready to start learning his letters and numbers. I always am stumped by the best ways to “teach” him and usually end up resorting to informative DVDs to help him learn. Recently we were sent the Let’s Learn 123s and Let’s Learn ABCs, which have been a great source of knowledge for him to learn in a fun way!

These two DVDs pack two hours of entertainment into each. Part of an all-new Let’s Learn line of DVDs, Let’s Learn: 123s and Let’s Learn ABCs features episodes from Nickelodeon’s hit preschool series Team Umizoomi, Dora the Explorer, Blue’s Clues, and more! Kids will have a great time while learning with their favorite Nickelodeon friends; and as an added bonus included inside each release, there’s a corresponding 123 or ABC worksheet to keep kids learning more about numbers and the alphabet! Created by Nickelodeon Home Entertainment and distributed by Paramount Home Media Distribution, Let’s Learn 123s and Let’s Learn ABCs are available on DVD on January 15, 2013, for the suggested retail price of $14.99 each. 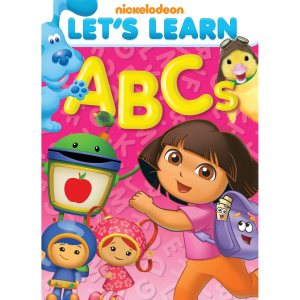 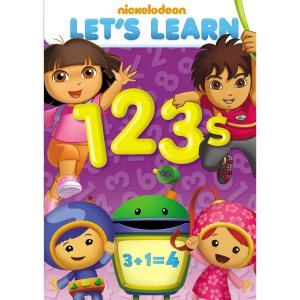 Both of these DVDs would make a wonderful addition to your DVD library. They feature all the favorite Nickelodeon characters in fun and exciting ways! I could seriously play these DVDs all day long for Zane! They help him learn while having fun seeing all his favorites.

*I received the following products for review. As always, all my opinions are my own and not swayed by outside sources.