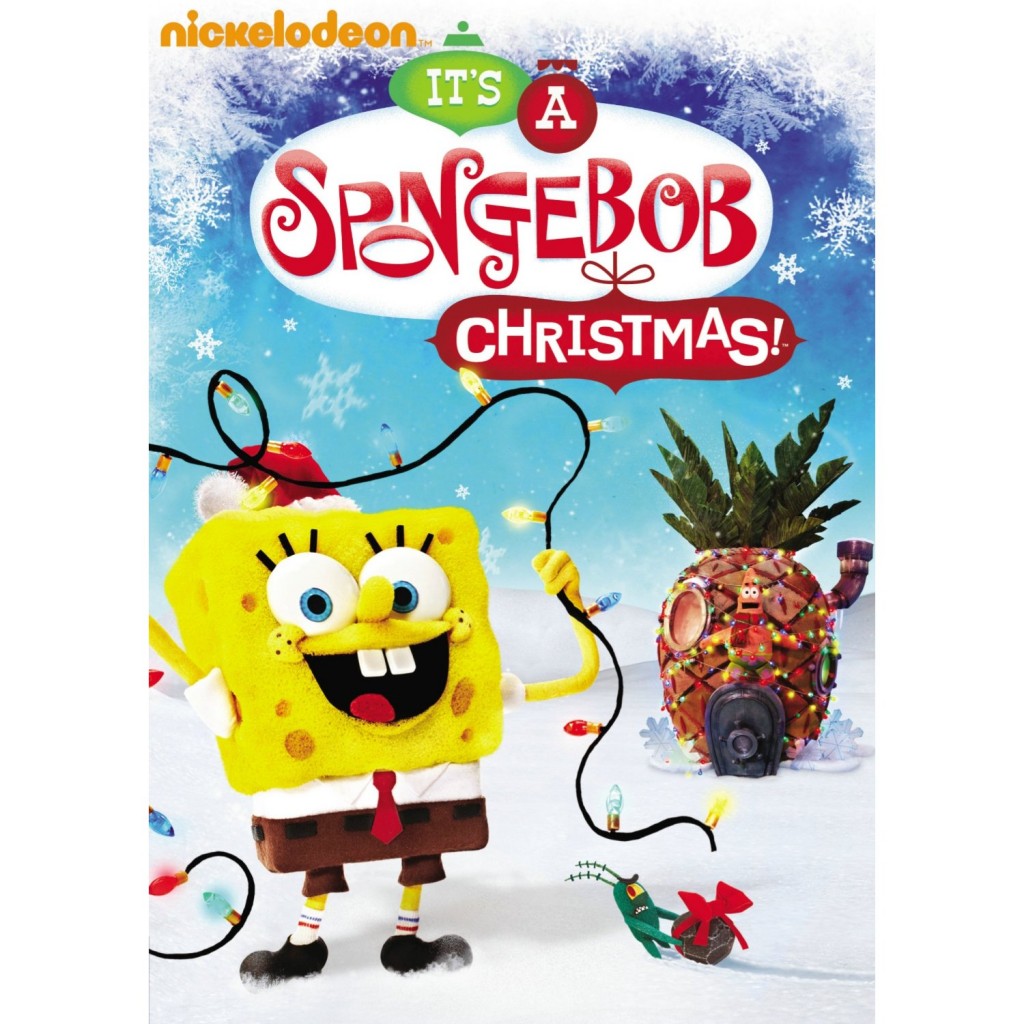 Jingle the bells, put up some mistletoe and make a cup of cocoa because the Christmas season starts with the DVD debut of Nickelodeon’s first ever full length top-animation special, SpongeBob SquarePants: It’s A SpongeBob Christmas. Inspired by the classic Rankin/Bass specials like Rudolph the Red-Nosed Reindeer and Santa Claus is Comin’ to Town, this new holiday classic for the entire family arrived on store shelves on Nov.6. This perfect holiday gift includes two MP3 compatible downloadable songs from the episode (“Santa’s Eyes” and “Hot Fruitcake”) and the exclusive behind the scenes featurette. So there’s plenty to rejoice for both new and old SpongeBob fans this holiday season!

Hayley and Zane both equally love SpongeBob and this Christmas DVD got us all ready for the holidays. It is a really adorable DVD that kept both of their interest from beginning to end. It’s run time is 22 minutes and includes behind the scenes, downloadable songs, and other great special features.

*I received a copy for review purposes. As always, all my opinions are my own and not swayed by outside sources.