I am so excited for Annie. Not only is Annie one of our family’s favorites but my oldest daughter’s two friends are in the National Tour of Annie, Riglee Bryon who is playing Pepper (U/S Annie) and Ellie Rose Pulsifer who is playing the role of Annie.  So we have been counting down the days till the show arrives in Providence and it is almost time!

ABOUT THE NATIONAL TOUR OF ANNIE: 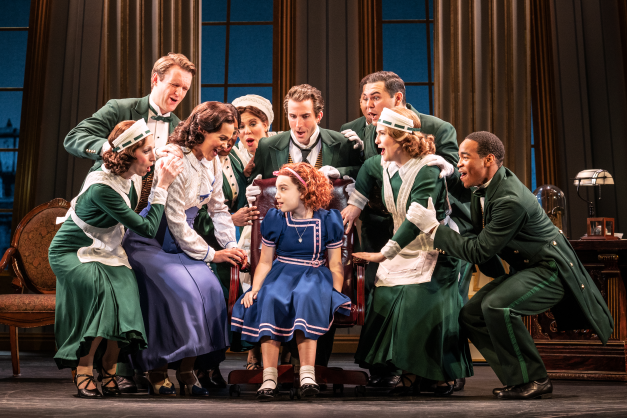 Leapin’ Lizards! The all-new tour of ANNIE will play the Providence Performing Arts Center (PPAC) January 31 – February 5, 2023.
Tickets for the Providence engagement of the iconic Tony Award®-winning musical ANNIE are on sale now at the PPAC Box Office (220 Weybosset Street, Providence, RI 02903), online at ppacri.org and by phone at 401.421.ARTS (2787). Tickets are $38 – $80; all ticket prices include a $4 per ticket restoration charge and are subject to change without notice. Box Office window and phone hours are Monday through Friday, 10A to 5P, Saturday, 10A to 2P and two hours prior to curtain time(s) on show days. 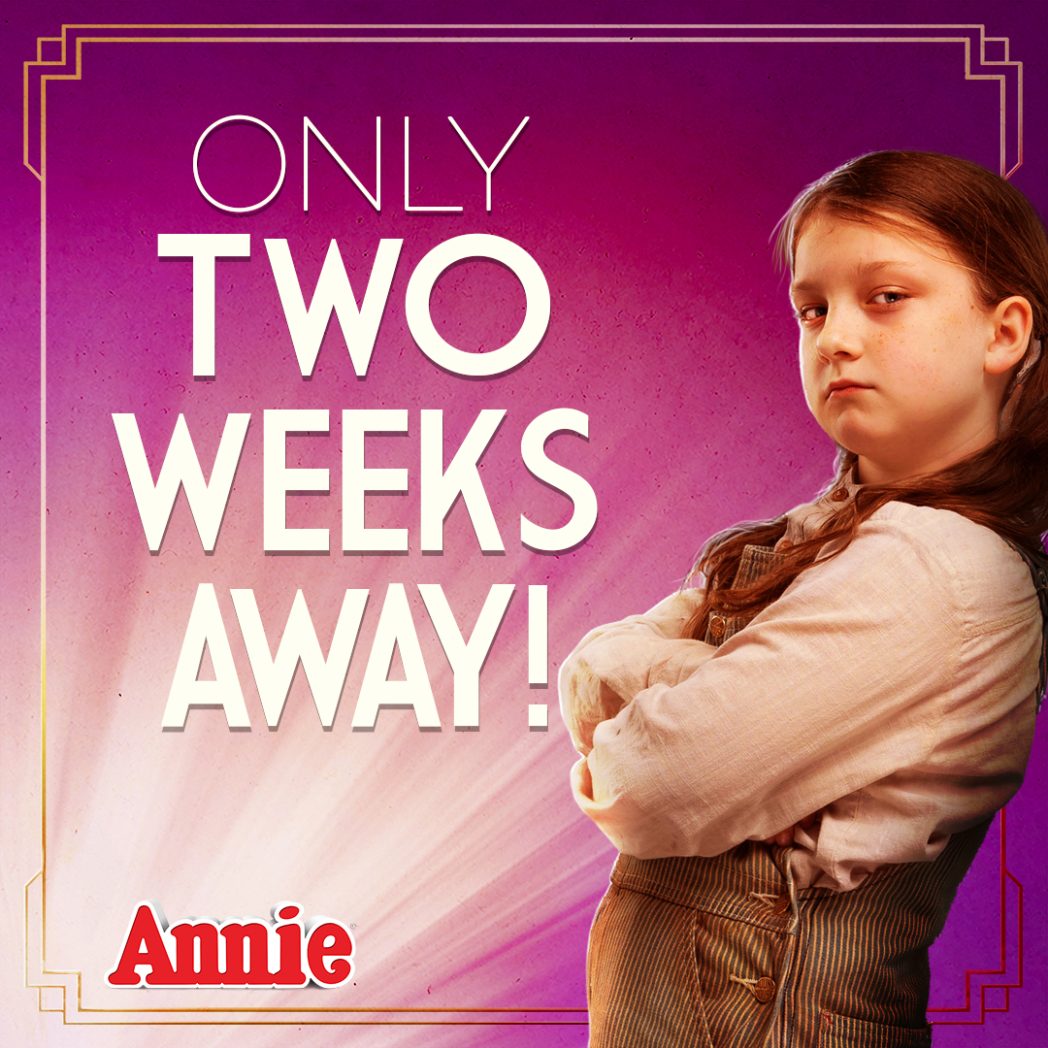 In Providence, ANNIE is sponsored by the Providence Tourism Council.

TROIKA Entertainment’s COO and Executive Producer, Kori Prior says, “We’re thrilled to be bringing such a fresh, new and heartfelt production to audiences across North America.”

“This show, with its iconic title character, continues to delight generations of theatre-lovers old and new by joyfully singing directly into the face of great adversity with perseverance, guts and guile,” says director Jenn Thompson. “For decades, ANNIE has continued to shine brightly, not only as an appeal toour better angels, but also as an example of the thrill of hope, hard-won: promising a better ‘Tomorrow’ not only for Annie herself, but for all who need her message now more than ever.”

ANNIE is directed by Jenn Thompson, who at the age of 10 stepped into the role of “Pepper” in the Original Broadway production, choreographed by Patricia Wilcox (Motown, A Night with Janis Joplin), with orchestrations by Dan DeLange. Talitha Fehr is the Music Coordinator and Elaine Davidson is the Music Director.

The lovable mutt “Sandy” is once again trained by Tony Award®Honoree William Berloni (ANNIE, A Christmas Story, Legally Blonde) and will be played on tour by Addison, a stray mutt rescued by William Berloni through the Humane Society in 2017.

In the title role of Annie is Ellie Pulsifer, a 12-year-old actress from South Florida, making her tour debut.  Christopher Swan will star as Oliver Warbucks.  In the role of Miss Hannigan is Stefanie Londino.  Also starring in the tour are Julia Nicole Hunter as Grace, Nick Bernardi as Rooster, Krista Curry as Lily and Mark Woodard as FDR.

Holding onto hope when times are tough can take an awful lot of determination, and sometimes, an awful lot of determination comes in a surprisingly small package. Little Orphan Annie has reminded generations of theatergoers that sunshine is always right around the corner, and now the best-loved musical of all time is set to return in this new production – just as you remember it and just when we need it most.  This celebration of family, optimism and the American spirit remains the ultimate cure for all the hard knocks life throws your way.

Hailed by the Chicago Tribune as, “one of the best family musicals ever penned!”, ANNIE features a book by Thomas Meehan, music by Charles Strouse and lyrics by Martin Charnin. All three authors received 1977 Tony Awards® for their work.

By permission of Tribune Content Agency, LLC, ANNIE is based on Harold Gray’s popular comic strip “Little Orphan Annie” which premiered in the 1920s in the New York Daily News and became one of the most widely read strips in the 30s and 40s.  Lyricist Martin Charnin bought a coffee table book called “The Life and Hard Times of Little Orphan Annie” as a Christmas gift for a friend in 1970. The clerk at the bookstore was too busy to wrap the book, so Charnin took the book home to wrap it.  Instead, he read it and fell in love with the strip and set out to secure the rights. The friend never got the book.

The original production of ANNIE had its world premiere on Aug 10, 1976 at the Goodspeed Opera House (Michael J. Price, Executive Director) and opened on Broadway on April 21, 1977 at the Alvin Theatre (Neil Simon Theatre).  It went on to win the New York Drama Critics Circle Award for Best Musical, seven Drama Desk Awards including Best Musical, the Grammy for Best Cast Show Album and seven Tony Awards including Best Musical, Best Book (Thomas Meehan) and Best Score (Charles Strouse, Martin Charnin).  It closed on Broadway after playing 2,377 performances.  ANNIE was revived on Broadway in 1997 and again in 2014. It has been made into a film three times (1982, 1999, 2014) and was most recently featured as a live television production on NBC.  The show remains one of the biggest Broadway musical hits ever; it has been performed in 28 languages and has been running somewhere around the world for 45 years.

The beloved score for ANNIE includes “Maybe,” “It’s the Hard Knock Life,” “You’re Never Fully Dressed Without a Smile,” “Easy Street,” “I Don’t Need Anything But You” and the eternal anthem of optimism, “Tomorrow.”

This production of ANNIE was licensed by Music Theatre International.

Connect with ANNIE on tour:

BE SURE TO PURCHASE YOUR TICKETS FOR ANNIE TODAY!

GIVEAWAY: ONE WINNER WILL RECEIVE A 4 PACK TO SEE ANNIE ON JANUARY 31st! For this giveway, simply leave me a comment why are you excited to see Annie in the comment section proceeding this post. Please make sure you have a valid email address. Giveaway ends this Friday at 9 AM. Good luck!

*I work with the PPAC. All opinions are my own and not swayed by outside sources.*