Time for AVATAR!! Set more than a decade after the events of the first film, “Avatar: The Way of Water” begins to tell the story of the Sully family (Jake, Neytiri, and their kids), the trouble that follows them, the lengths they go to keep each other safe, the battles they fight to stay alive,  and the tragedies they endure.

PRESS CONFERENCE FOR AVATAR: THE WAY OF WATER:

1. Was there a moment you knew you were going to be back?

James Cameron wanted to wait to the right time with an amazing cast. They have an amazing family of artists that love each other and enjoy the process. That was a big incentive to come back and do it again, James says. For a sequel, you have to honor what they love about the first one but also surprise them with a story that they are not expecting. There is a lot of heart and emotions in this family, and along with a family aspect seen in this one.

2. What was excitement for revisiting this world?- asked to Jon

He said this movie has heart but a good emotion about this world and to be accepting of people. He wants people to know they are seen and heard, and you will see this in this movie. This is a true love and family story.

3. What was it jumping back into it?- asked to Sigourney

Sigourney said it was terrifying but exciting. There is very big similiarities between her and her character which terrifies her. To surround and bring forward fruits of her character, forces her to grow. She also had fear creating these characters and the fear which comes along with having kids.

4. How was it to come back?- asked to Stephen

He says he is very excited to be back. In this movie he needs to adapt to his environment. It was a terrific experience to come back to a “beloved character” lol!

5. What is it like coming on?- asked to Kate

Kate knew it would be a world class movie with James Cameron directing. James creates strong women characters who own their power. Kate said to be a part of that is so flattering. Kate felt so welcomed into this world and loved giving her character a life. It is a dynamic universe and to step into the space was pulsating.

6. The sequel includes lots of strong female characters, how did you do it for this film?

He always puts lots of strong female characters but it was even more when these characters become moms. There are two alpha females that attitudes resolve over time. It was important to talk about their strengths and how to bring her character back from her avatar. It was very important for him to bring the motherhood aspect into this film. James Cameron says it was very important to talk to the female teenagers when they are watching this.

7. How have you changed in actors?

Zoe says she have more of a presence and can reconnect with that. She said it is more talking about fear and being a mother. Fearless and fear are very humbling sensations to endure. 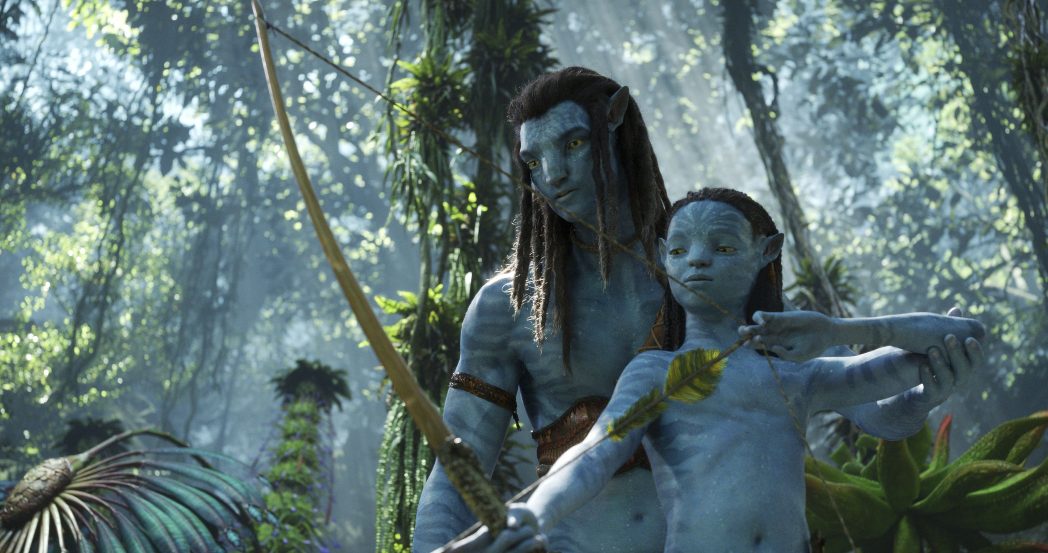 Blue Man Group at the Charles Playhouse + Holiday Specials!
Some of the best Christmas movies! Watch Christmas with these holiday classics!