Last year Hayley performed in Willy Wonka & The Chocolate Factory for the school play. To prepare we ended up watching this movie quite a few times so we were thrilled to receive the Willy Wonka Ultra HD Blu-Ray Combo Pack and Digital from Warner Brothers Entertainment. 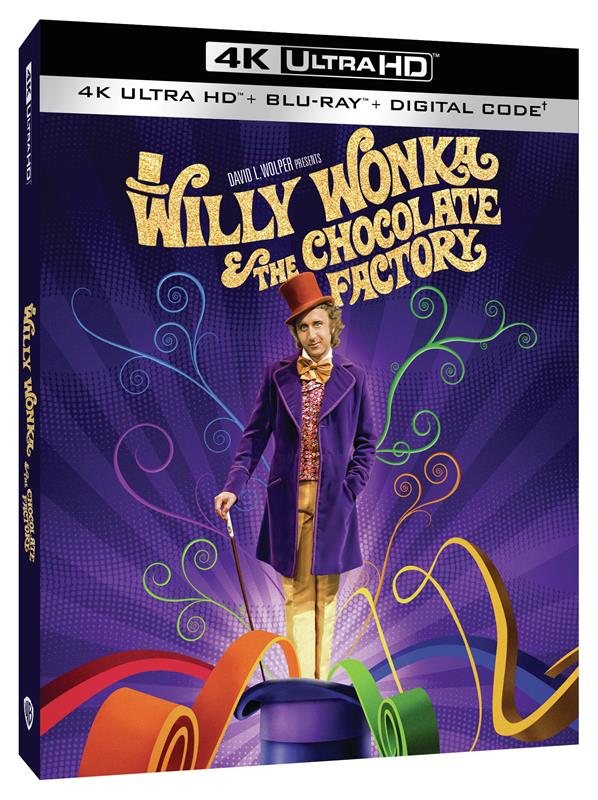 This fun family film is one that my family will watch over and over again! Singing along to all the catchy songs while rooting for Charlie Bucket in the chocolate factory brings such joy to my family watching. The story is an absolute must watch that is the true definition of a classic. This movie is good ole’ fun mixed with great songs, fun acting, and of course chocolate. This is one movie you should add to your DVD collection in celebration of the 50th anniversary of this beloved film.

Directed by Mel Stuart and starring Gene Wilder as the legendary Candy Man Willy Wonka, this splendiferous movie brings to the screen the endlessly appetizing delights of Roald Dahl’s cherished book. Coated with flavorful tunes and production designs that are a visual treat for the eyes, this effervescent musical never fails to enchant young and old. On a whirlwind tour of Willy’s incredible, edible realm of chocolate waterfalls, elfish Oompa-Loompas and industrial-sized confections, a boy named Charlie (Peter Ostrum) will discover the sweetest secret of all: a generous, loving heart. And viewers will rediscover all the timeless magic as it was meant to be seen.

Willy Wonka & The Chocolate Factory 4K UHD is available to own for streaming and download to watch anywhere in high definition and standard definition on favorite devices from select digital retailers including GooglePlay, Vudu, Xbox and others, and will be made available digitally on Video On Demand services from cable and satellite providers, and on select gaming consoles.

Be sure to pick up Willy Wonka & The Chocolate Factory today!

*Thanks to Warner Bros for providing this DVD combo. All opinions are my own and not swayed by outside sources.*

South Beach Bubbles is so FUN!
57% of Americans Gained Weight During the Pandemic – How To Cope & Talk to Doctor