Sobbing! That is words that I would use to describe the new Disney short, US AGAIN! This short which is under 7 minutes is one that I watched at least 5 times in the last few weeks. With all of us going through very difficult times, we rely more on family now than ever before. US AGAIN showcases just how important family is and no matter what happens in life, at the end there will always be that special love between partners. Beware tissues are needed and lots of them at that! 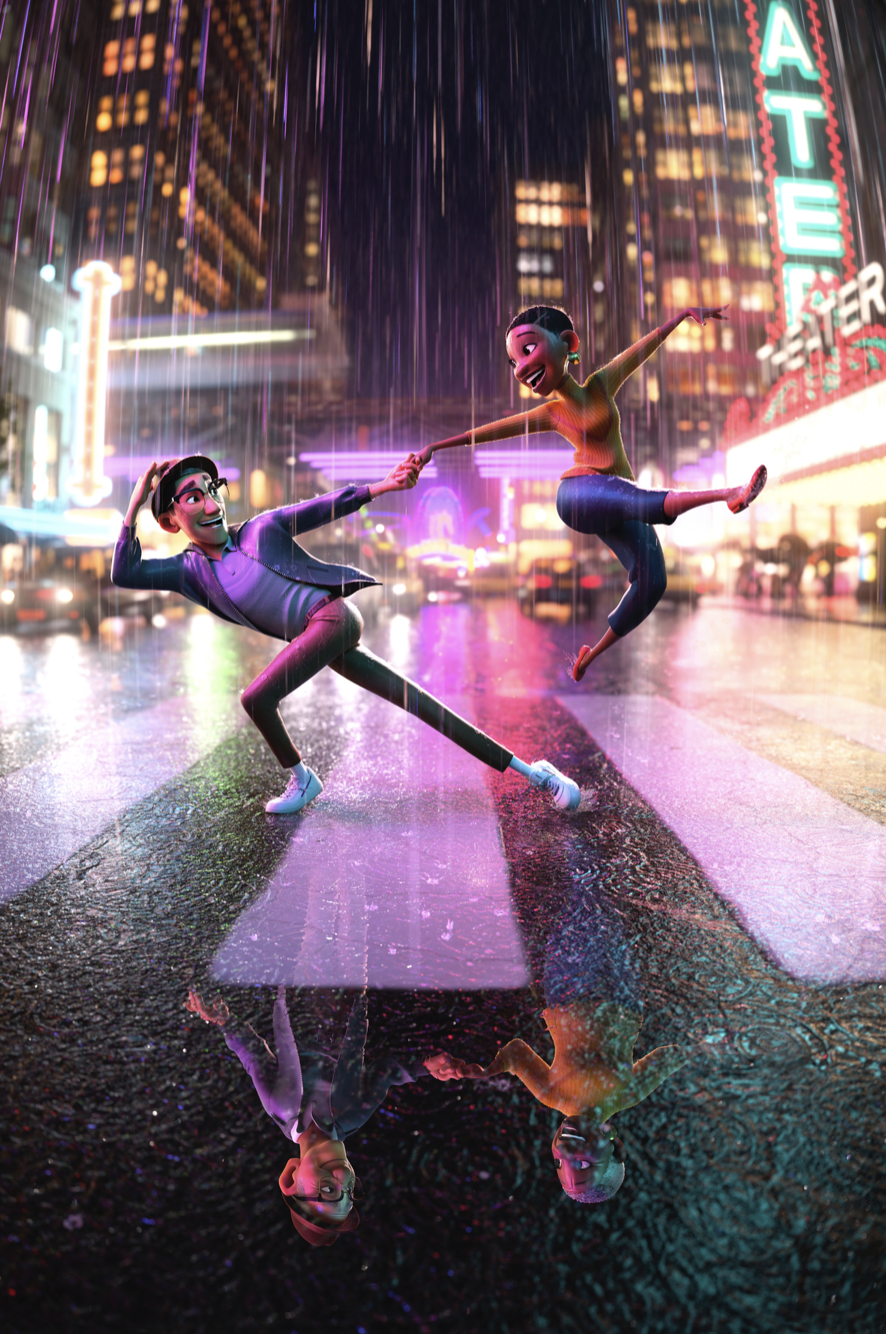 I had the chance to sit down with the producers with US AGAIN at a virtual press conference. What a breath of fresh air it was to talk to Zach Parrish (Director), Keone & Mari Madrid (Choreographers/Dancers), and Brad Simonsen (Producer).

1.Tell us about the origin of the short?

Zach said he struggled going along with the changes of aging and the changes within himself. He started having conversations with his mom about what she wanted to do when she grows up. He learned that is important to look at now and in the future, that youth is a state of mind.

2. Can you tell us about the score Brad?

Zach knew the choreography and music was imperative to the short. Their vision of this was to have a funk sole and funk music.

3. What was it like to join this?-asked to Keone and Mari Madrid

They said they came in April of 2019 and they were absolutely thrilled. They said it was a dream come true to work with animation. They are huge Disney fans.  They can’t wait till the world sees the short.

4. Did you look at any silent films for inspiration?

Zach said he looked at all types of reference and using dance as a medium to tell a story.  They attended an event at the Academy Theater with  interpretive dance. They wanted to tell the story without words and through dance.  He loved the connection between Keone and Mari and knew he had to use them for the short.

5. Tell us about the dance?-asked to Keone and Mari

They have been trying to tell stories through dance their entire career. They said it is so powerful and storytelling is their dance style. They usually don’t get to do this a lot and it is so important.

6. What do you hope is the takeaway from the short?

It is about taking the time to be around who is important. It is less about age but focus more on not focusing on the past and not distracting you from the present and future. It is important to notice who those people are that are important. He is hoping all ages can take that away.

7. How did you develop the design for the couple?

He said he knew from the beginning they wanted an interracial couple on screen. They had amazing character designers who came on with focus on the diversity and aspects of this.  Zach wanted something that felt similar but different from your traditional Disney.

8. Why did you use rain in the short?

Zach thought it would be interesting to incorporate the rain.  For him, rain was a joyful thing when he was growing up and playing in puddles. It was a youthful activity and he wanted to incorporate his love of rain into the short. It makes you feel like a child again!

Set in a vibrant city pulsating with rhythm and movement, an elderly man and his young-at-heart wife rekindle their youthful passion for life and each other on one magical night.  The years fade away as the joy of dancing propels them across the exciting cityscape of their youth and revives fond memories and ambitions.  “Us Again” is told entirely without dialogue and set to an original funk and soul musical score reminiscent of the mid-60s.

“US AGAIN,” THE FIRST NEW THEATRICAL SHORT FROM WALT DISNEY ANIMATION STUDIOS IN FIVE YEARS, IS SET FOR MARCH 5TH DEBUT IN THEATERS WORLDWIDE WITH “RAYA AND THE LAST DRAGON;” AND THE SHORT WILL PREMIERE ON DISNEY+ IN JUNE!

*Thanks to Disney for inviting me to the virtual press conference. All opinions are my own and not swayed by outside sources.*

Dunkin’ is the New Home of Sweet Cold Foam!
Disney Books Delphine and the Silver Needle on Sale Now!