Last Saturday, I had the privilege of attending the global press conference for FLORA & ULYSSES. I had the chance to interview Alyson Hannigan (“Phyllis Buckman”),  Ben Schwartz (“George Buckman”), Matilda Lawler (“Flora Buckman”),  Danny Pudi (“Miller”),  Lena Khan (Director), and Kate DiCamillo (Author). You can see my full review starting next week but I can tell you that you will definitely want to mark your calendars for February 19th because that is the date that FLORA & ULYSSES will be streaming on Disney +.

Nikki Novak, from Rotten Tomatoes, started out the interview describing the movie exactly as I would put it. It encompasses so many different genres from adventure, to action, to comedy, and back again. It is a movie that will make you laugh out loud and chuckle inside all at the same time. 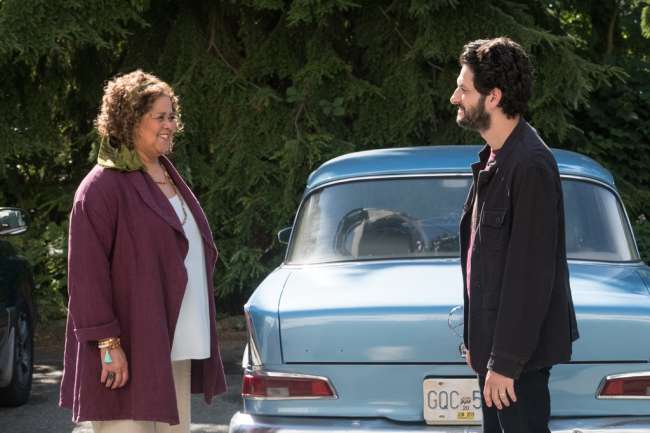 1.What was the moment you found out you were going to be Flora? -asked to Matilda

She found out when she was in the middle of the city doing a Broadway show. She was so excited for this chance to play Flora.

2. You are such an icon of TV and film but you don’t like watching yourself. However, you watched it with your kids. Can you talk more about that?

They were so excited to see it as was she. They got to film it early and while she was a bit apprehensive seeing herself on the big screen, she forgot those feelings and was just so excited for the opportunity to be in this film. Her children were so happy for her.

3. You are such a brilliant comedian. How exhausted were you at the end of those days that you had those fights with the cat on set? Was that like a workout?-asked to Danny

He said there was a lot of physical comedy involved. They gave him pillows to put under his shirt to stimulate what it is like, dancing with a squirrel under his shirt. He said it was so much fun but hard work to film.

4. There’s a lot of comic book influence in this story, which ones are your favorite?- asked to Kate

She said she was a comic book fan but not the traditional fan. She loves the Peanuts cartoons and Sunday morning comics. She wanted to have a superhero influence in the movie and Incandesto came alive.

5. What changes from the book to the movie were your favorite?- asked to Kate

Kate said it was not her first experience of turning a book into a movie. Once she read Brad’s script, she really fell in love with it. However, when watching the movie, she did not compare it to the book. She watched the movie thinking about her 8 year old self.

6. For Danny and Ben, you guys got to extend your comedy wings for some of the scenes. What was improv versus the script?

They mostly followed the script because everything that Brad wrote was brilliant. But they did improvise in certain parts of the movie.  They told us about all the fun they had on set and how some of that improv fun made it into the movie.

7. What the challenges were of working with a character who are not there.- asked to Matilda 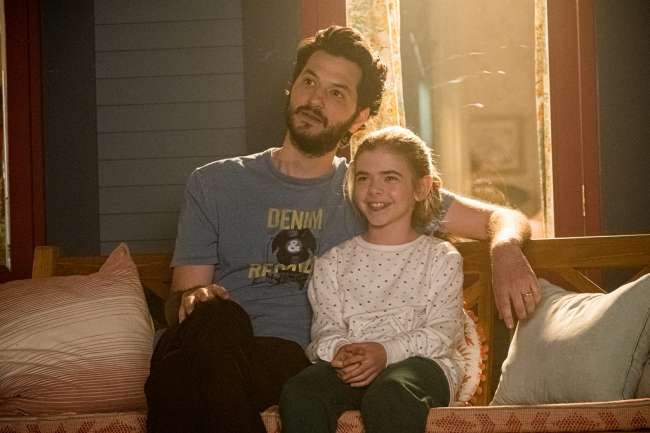 Ben Schwartz as George and Matilda Lawler as Flora in FLORA & ULYSSES, exclusively on Disney+.

They pretended with a little stuffed squirrel for the scenes to give her an idea what it would be like.  For the actual filming, she had this gray, creepy rat like looking thing that was a bit freaky. And other times she didn’t have anything and she needed to pretend a squirrel was there. It was definitely an interesting process.

8. I was interested to know what lengths you’ve ever gone through to prepare to get into the zone of a role. -asked to Alyson

She joked that she tried a lot of lollipops for the role, which you will see in this movie. She also talked how she filmed TV before and she drew on some of the past emotions to bring more depth to her character in this film.

They ended it talking about their favorite snack choice from the film. As you will see in the film, there are many snacks! 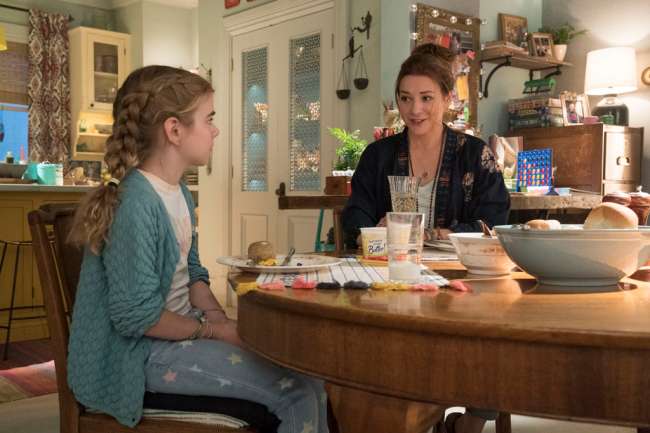 FLORA & ULYSSES is streaming exclusively on Disney+ starting February 19th. And be sure to watch out for Easter Eggs! Stay tuned for my full review next week….

*Thanks to Disney for inviting me to the virtual press conference. All opinions are my own and not swayed by outside sources.*