The first Croods came out in 2013 and I remember taking my two kids (the youngest one wasn’t born yet) to see it and they all loved it. We watch it on DVD a lot and now they have made a sequel to this adorable film called Croods: A New Age! 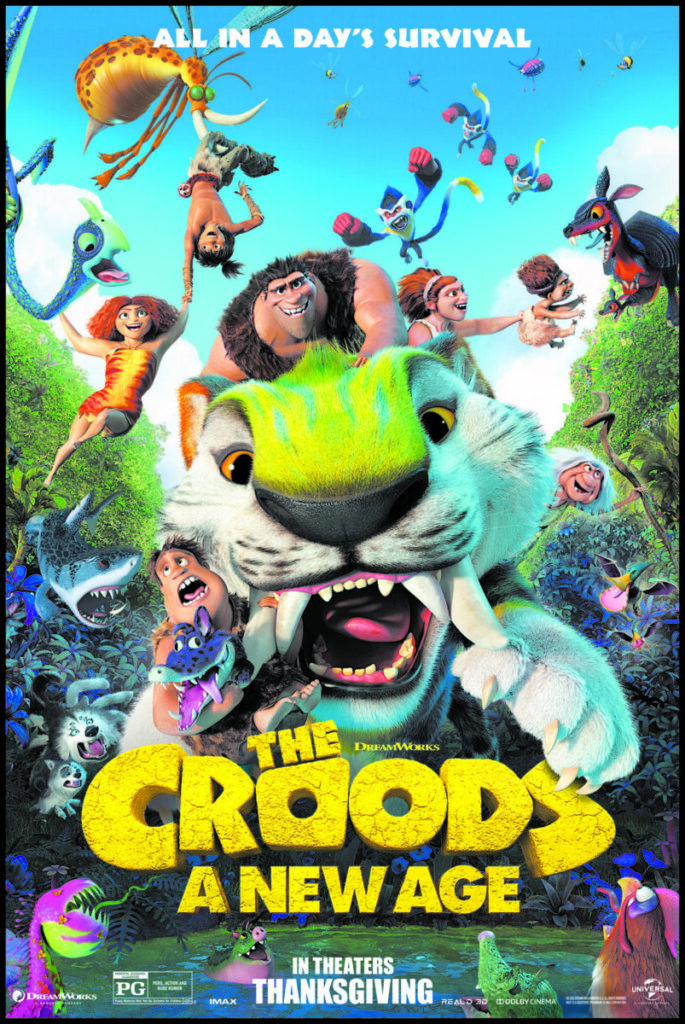 This story tells how the Crood family find a new home called “Tomorrow” joined by Guy, who was the caveman from the first movie.  This is where they think they will be safe and happy, that is until they realize the Bettermans live there.  Tensions arise between the cave family (Croods) and the modern family (Bettermans).  The Bettermans think their way of doing things is better while the Croods would tend to disagree.

Through the tensions and arguments that amount, so do lessons of acceptance and coming together that is shown throughout this film.  The movie has a decent amount of laugh out loud moments, adventure, and strife that brings home important life lessons that even the youngest of children will pick up on.

The animation in The Croods: A New Age is simply spectacular and the addition of music (hello parents of the 80s) brings The Croods: A New Age a much watch this holiday season.  This is a fun family movie for the entire family to enjoy in the theater.  While I enjoyed it, I think this movie is really geared towards the kids.  However, I will say that I was giggling many times throughout the movie. I also loved the end result of not judging a book by its cover and giving everyone a fair shot. 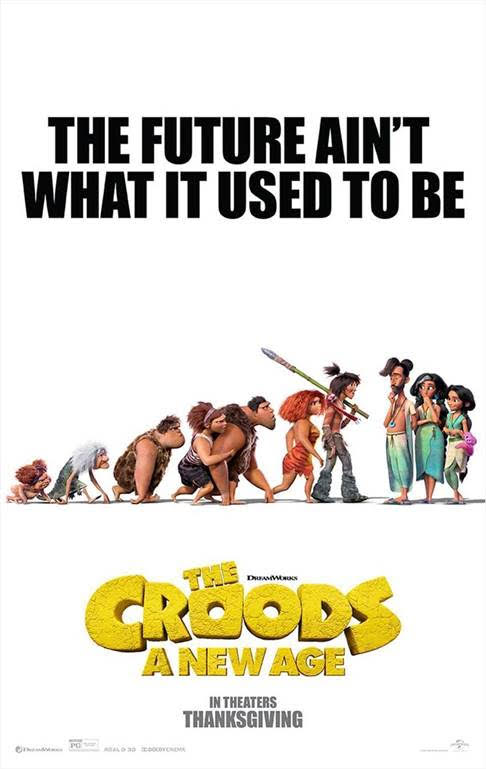 Enjoy The Croods 2 which hits theaters tomorrow just in time for the holidays. This is a perfect movie to escape reality and allow your kids to just smile.

Croods: A New Age in theaters this Thanksgiving!