Now is the time to save the world with Bill + Ted Face the Music! 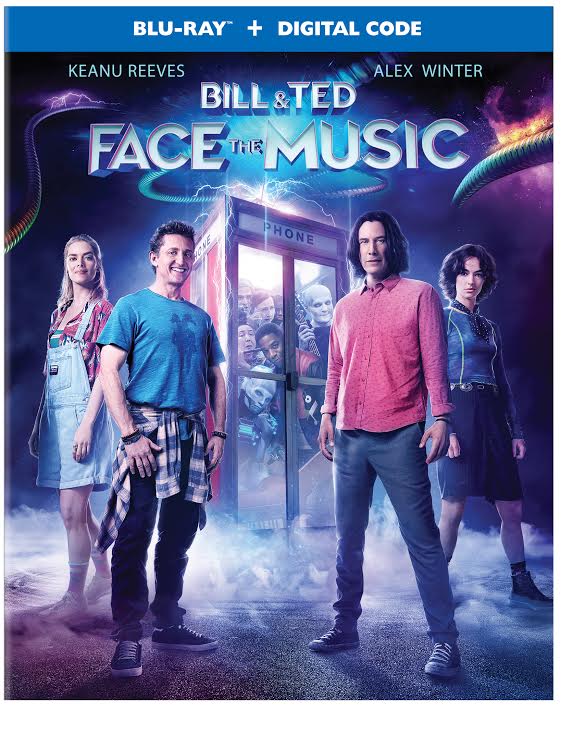 The stakes are higher than ever for the time-traveling exploits of William ‘Bill’ S. Preston Esq. (Alex Winter) and Theodore ‘Ted’ Logan (Keanu Reeves). Yet to fulfill their rock and roll destiny, the now middle-aged best friends set out on a new adventure when a visitor from the future warns them that only their song can save life as we know it. Along the way, they will be helped by their daughters, a new batch of historical figures, and a few music legends — to seek the song that will set their world right and bring harmony in the universe. 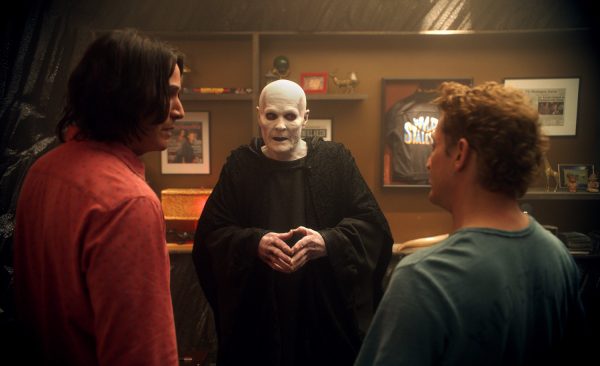 Being a big fan of Bill + Ted Excellent Adventure and Bogus Journey, I was obviously excited for the last installment of this franchise.  This movie was just what the lover of the original movie will relish in. The humor, storyline, and acting was superb from start to finish.  It is the perfect end of the trilogy that spanned many decades.

Filled with slapstick humor and a really fun adventure, this is the movie to own if you want to have a really great family night or even a date night. You do not need to necessarily watch the other 2 to watch this, although being familiar with the characters is a definite plus.  In this movie, Bill and Ted’s daughters travel through time to put together a band for their fathers, who are now middle aged men. Man I feel a bit old watching this LOL since they were only a few years older than me, when the original movie came out.  This movie shows compassion, love, and the ultimate definition of just having fun. Oh and the music is superb!  This science fiction comedy is a must watch.  Make sure you watch through the credit scenes too!

Be sure to watch this totally goofy and totally fun movie today! It is available to stream as well as to own on DVD! Totally tubular dudes!

Tiffany Aliche is the “The Budgetnista”! Ways to Save MONEY!
Funimation- Shop For Every Anime Fan in Your Life and an Anime Giveaway!