Are we all ready for some fun?! If you are a cats and dogs fan, I have a treat for you all! It will truly rain cats and dogs when Warner Bros. Home Entertainment with Cats & Dogs 3: Paws Unite!, the next feature length installment of the popular Cats & Dogs franchise to buy on Blu-ray Combo pack and DVD on 10/13. It is also available to stream now digitally! 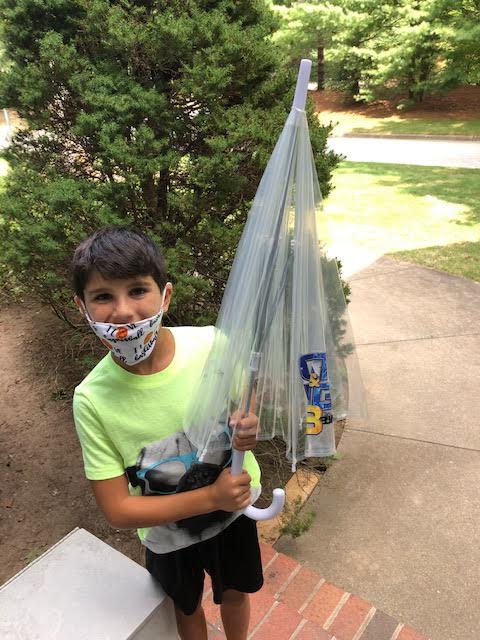 It’s been 10 years since the creation of the Great Truce, an elaborate joint-species surveillance system designed and monitored by cats and dogs to keep the peace when conflicts arise. But when a tech-savvy villain hacks into wireless networks to use frequencies only heard by cats and dogs, he manipulates them into conflict, and the worldwide battle between cats and dogs is BACK ON. Now, a team of inexperienced and untested agents will have to use their old-school animal instincts to restore order and peace between cats and dogs everywhere.

My kids and I screened this and we all loved it. It is a kid movie through and through, and it was a perfect movie to escape reality with a lighthearted movie.  The plot revolves around dogs and cats living together, until the other animals decided against this.  It leads them on a thrilling ride with villainous characters until a happy ending is found. Is it predicable?-sure! Is it fun?- absolutely! 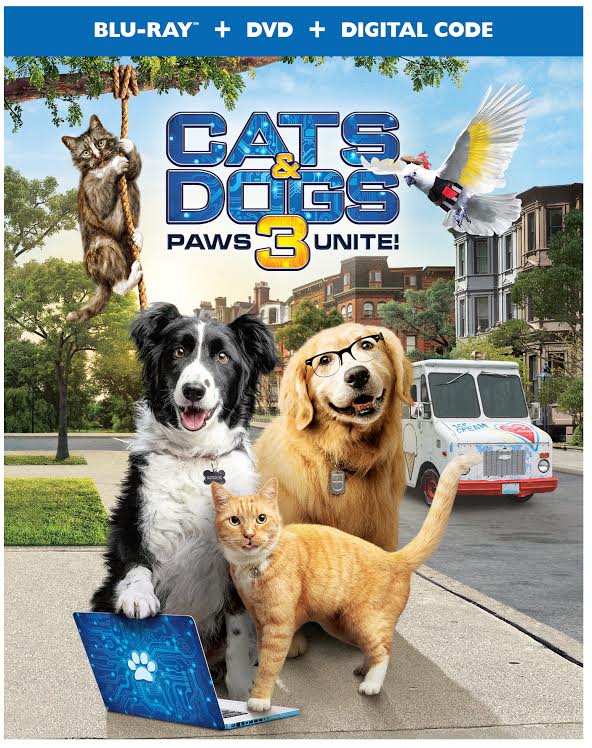 We did not watch the first two installments but you really don’t have to, to watch this one. This movie has it’s own plot and was very easy to follow along, even for my youngest who is 6.

Cats & Dogs 3: Paws Unite! features an all-star comedy lineup lending their voices to this new generation of four footed and two winged friends including Melissa Rauch (The Big Bang Theory) as Gwen the cat, Max Greenfield (The Neighborhood, New Girl) as Roger the dog, and George Lopez as Pablo the Parrot. The film is directed by Sean McNamara (Soul Surfer) and written by Scott Bindley (The Last Summer). Producers are Andrew Lazar (Cats & Dogs, Get Smart) and David Fliegel.

Cats & Dogs 3: Paws Unite! will also be available on Movies Anywhere. Using the free Movies Anywhere app and website, consumers can access all their eligible movies by connecting their Movies Anywhere account with their participating digital retailer accounts.

Cats & Dogs 3: Paws Unite! is available to own in high definition and standard definition from select digital retailers including Amazon, the Apple TV app, FandangoNOW, PlayStation, Vudu, Xbox and others. On September 29, 2020, Cats & Dogs 3: Paws Unite! will be made available digitally on Video On Demand services from cable and satellite providers, and on select gaming consoles.

*Thanks to Warner Brothers for the copy of this movie and swag. All opinions are my own and not swayed by outside sources.*

Helping Prevent UTIs with ellura! See all about this awesome supplement that can help stop UTIs before they start!
Pacita the Pacifier Fairy- An Adorable Story to Get Rid of the Pacifier!