This post is sponsored by ellura. All opinions are my own.

Let’s talk self-care! What in the world do you do if you get a UTI as a woman? If you are prone to UTIs like I am, be sure to keep reading. 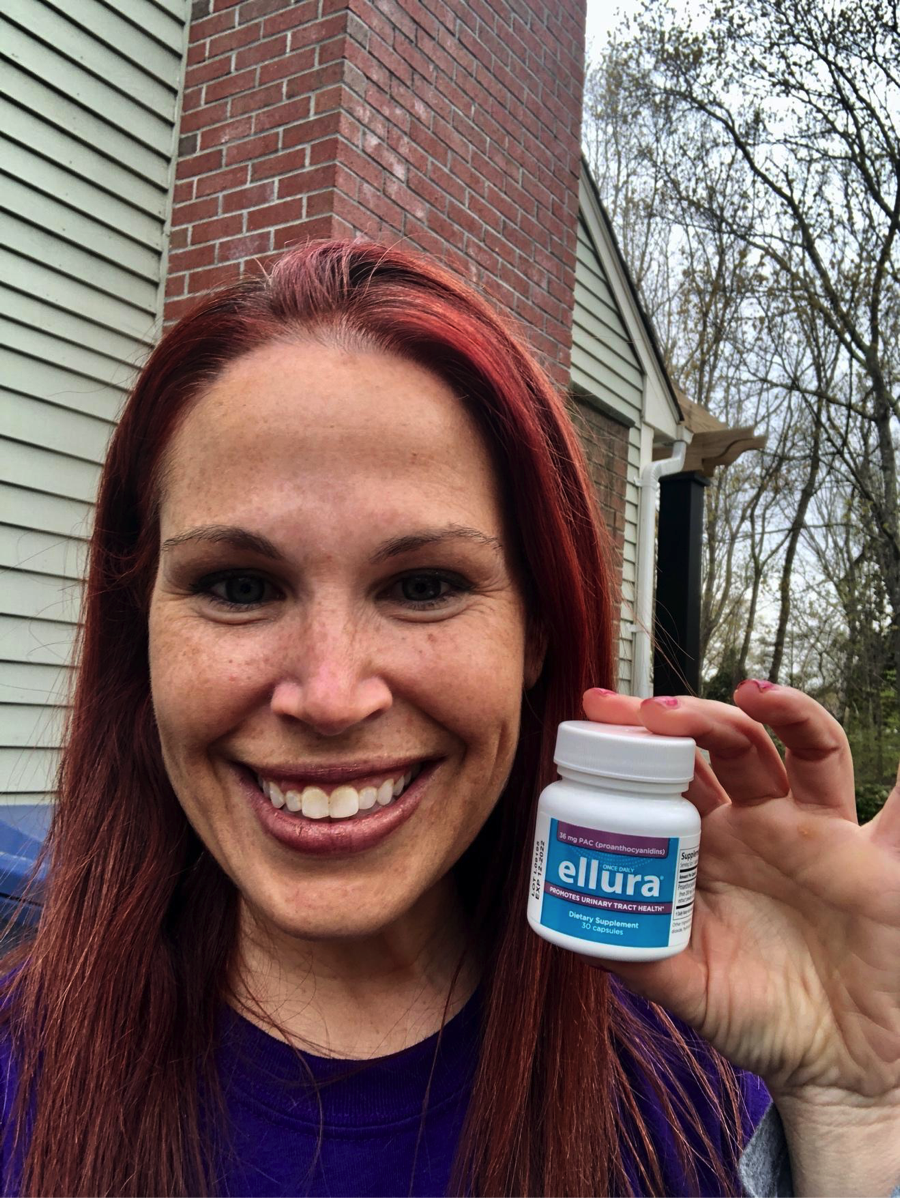 When I was a child, too many baths would cause a UTI. The wrong kind of underwear could even cause a UTI. I was constantly pained with UTIs from the time I was a little girl until now. It was extremely frustrating knowing what “fun” I had to look forward to when a UTI hit. No matter how many things I tried, it was a never-ending cycle of UTIs and fear of getting them. Just last weekend, my daughter (who is only 5) was peeing and she was crying out in pain that it burned her when she urinated. I immediately thought to myself that she had a UTI and called my doctor. They had her come in and sure enough my sweet little girl had to suffer through one. It is so discouraging to see the pain she had to deal with, knowing all too well this is the same pain I felt from the time I was a young child.

As an avid exerciser, having a UTI really puts a damper on my routines. When I go out for a run, it is much harder to complete my circuit when I have a UTI. As an adult, I wish I could wave a magic wand and know when an UTI is going to hit. There is really no answer so I get so frustrated over and over again. Along with the pain I know I am going to have when a UTI hits, the stress of not knowing when it could hit is even worse at times. It can be debilitating mentally and physically. Do you relate? 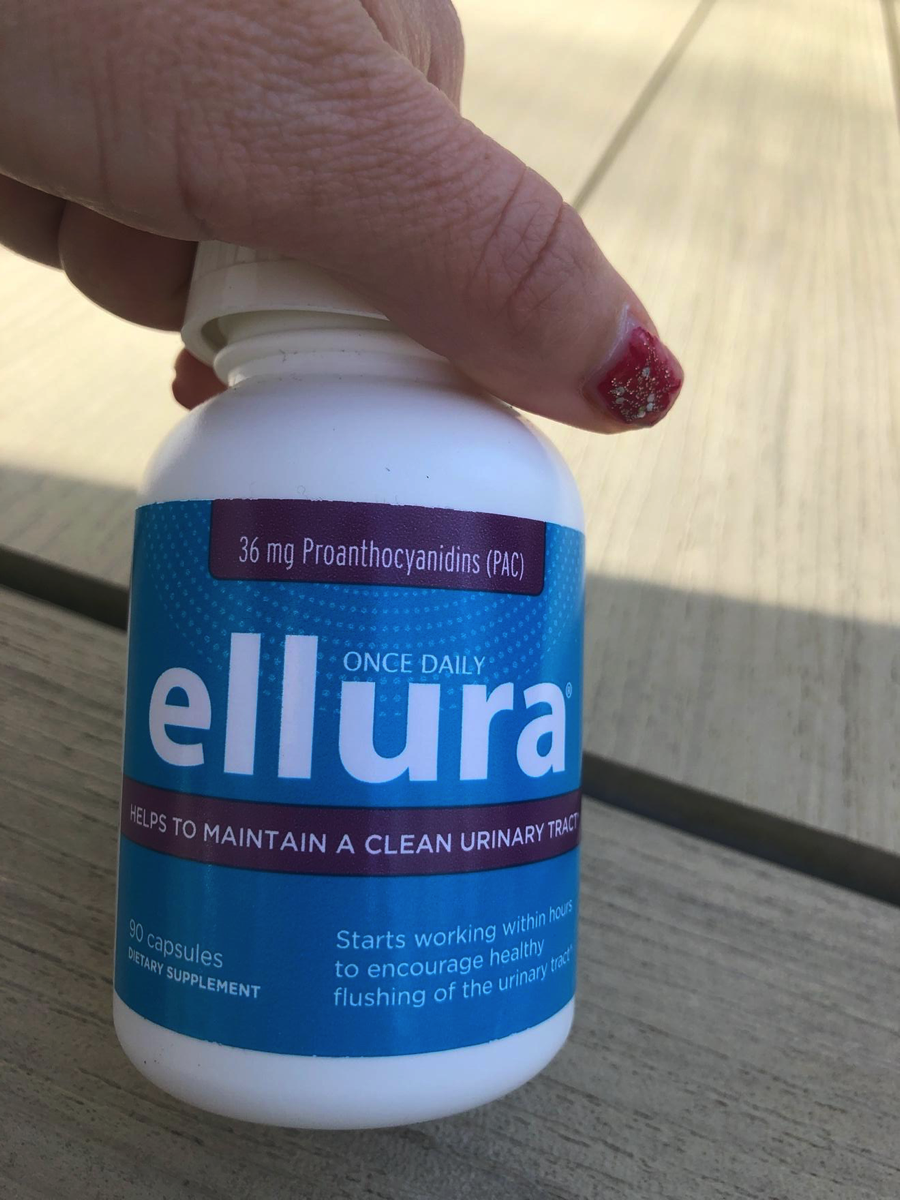 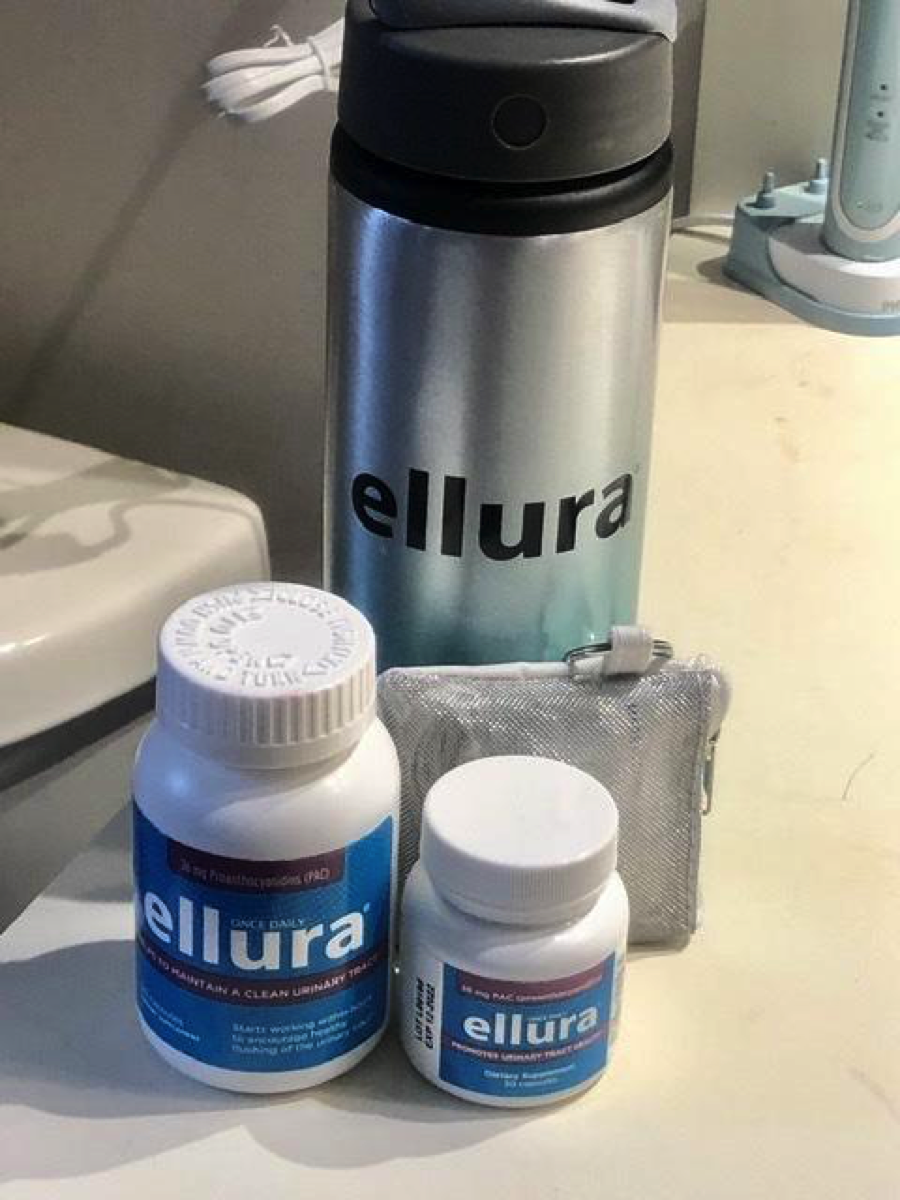 Another thing that can contribute to UTIs is peri-menopause and menopause -aging is not      typically discussed when it comes to UTIs, but it should be. If you have never had a UTI in your whole life but now you have started to get them, it could be from this new transition in womanhood. A woman’s risk for bladder infections increases due to lower estrogen levels, which cause changes in the urinary tract. This is information that is not always known!

Thankfully there is a product on the market that I was so excited to try called ellura. I need to mention that ellura is naturally sourced and has no known side effects. However, if you have a red fruit allergy, please consult your doctor before you start because, cranberries. This product is a medical-grade supplement that can stop UTIs before they start thanks to the powerful natural ingredient proanthocyanidins (PAC). 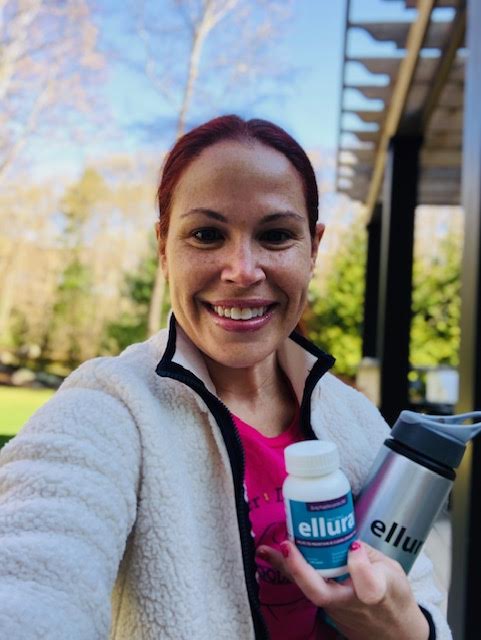 Unlike other products on the market, ellura is made from pure cranberry juice extract, which means more of the PAC in ellura are able to bind to the bacteria, versus other products that are made of whole berries or the seeds, skin and stems. If bacteria can’t stick, they can’t grow and cause an infection. Other supplements on the market claim to have the same amount of PAC as ellura, which usually isn’t true–and even if they have the same amount (36mg), they still probably don’t have the same potency.

ellura should not be used to treat UTIs, but rather to help prevent them–help stop them before they even start. Those doctor office visits and antibiotics after the fact can also get costly, not to mention annoying and time consuming. I know that I hate even the thought of having to go to the doctor’s office sometimes.

With ellura, you could be saving yourself the pain and discomfort that come with frequent  UTI and avoiding unwanted side-effects from antibiotics and financial costs of a doctor’s office visit.  I started taking ellura about four months ago and I see such great results. I no longer have to fear that I will consistently get UTIs.  I take a small pill each morning and I know longer struggle with the unknown of getting a UTI. I feel so much better taking ellura and plan to continue to take it for a long time to come!

I love that it is completely safe to take with only ingredients I know. With it being recommended by doctors and all the amazing reviews from other users, I know I am taking it confident that it will (and does) help in my constant struggle with UTIs. I am so thankful for ellura. 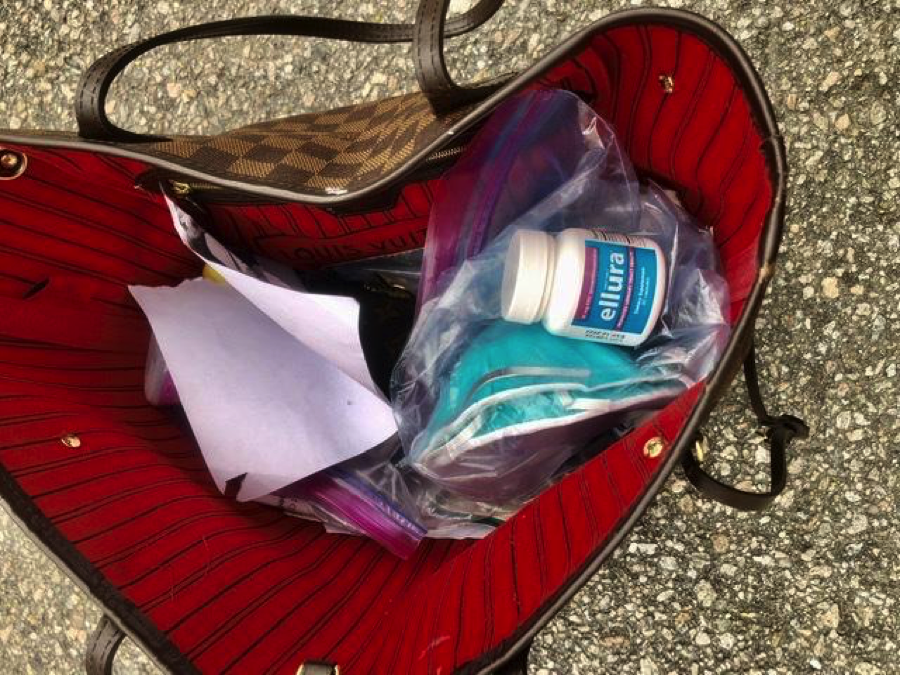 I know so many women that struggle with UTIs and of course, as a woman, I am susceptible to them as well.  Even though daily antibiotics are prescribed by your doctor to get rid of an infection, taking them every day to help prevent UTIs is different and may not be the best plan.

Infection-causing bacteria can become resistant to antibiotics and these medications have many unwanted side effects – like stomach upset, allergic reactions or yeast infections – so you may be giving your body something it doesn’t need. 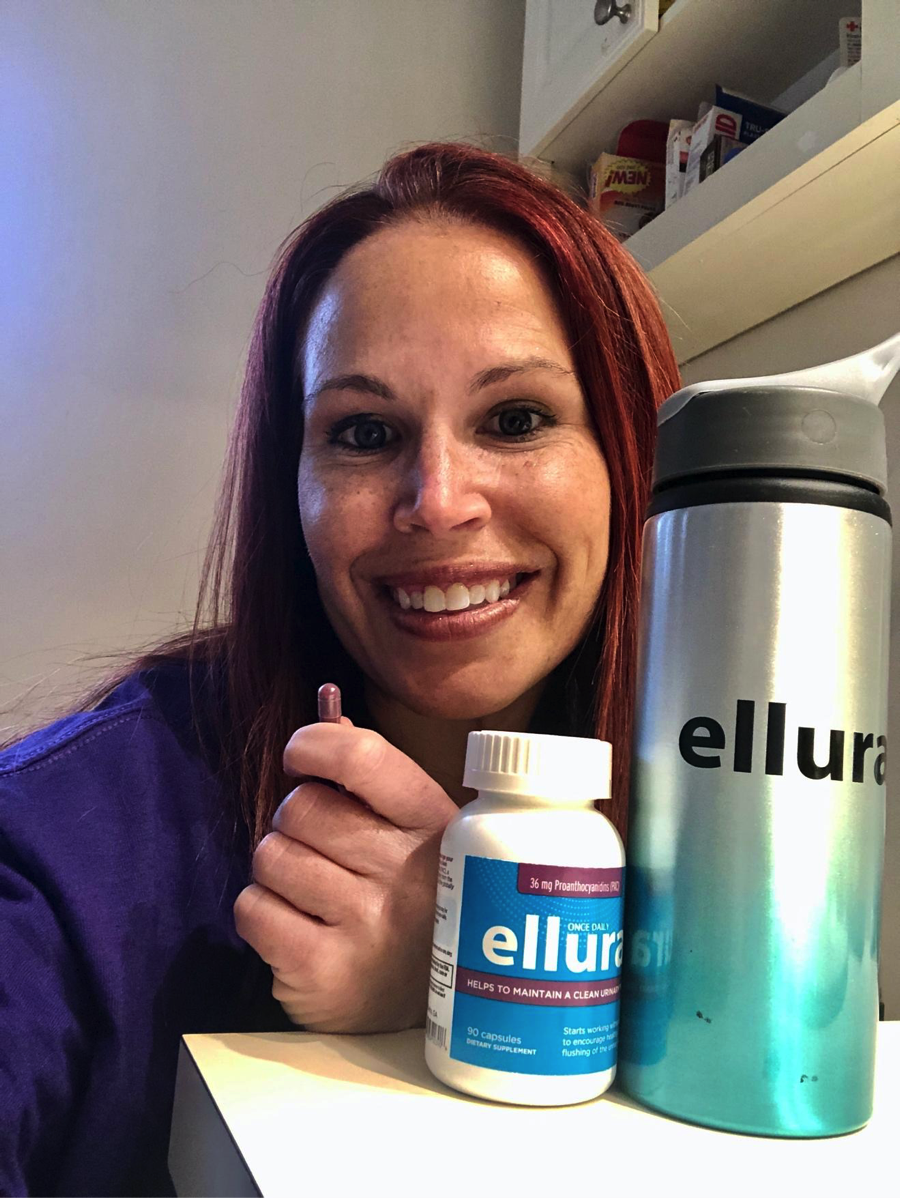 Let’s be real with one another as women. The stigma around bladder and vaginal issues is that we just don’t talk about them, even though we should. ellura is one of those products that will help increase the quality of life of so many women who suffer from UTIs. When you use ellura you are taking that step toward UTI prevention. Help stopping UTIs before they start is going to be such a relief to so many women. 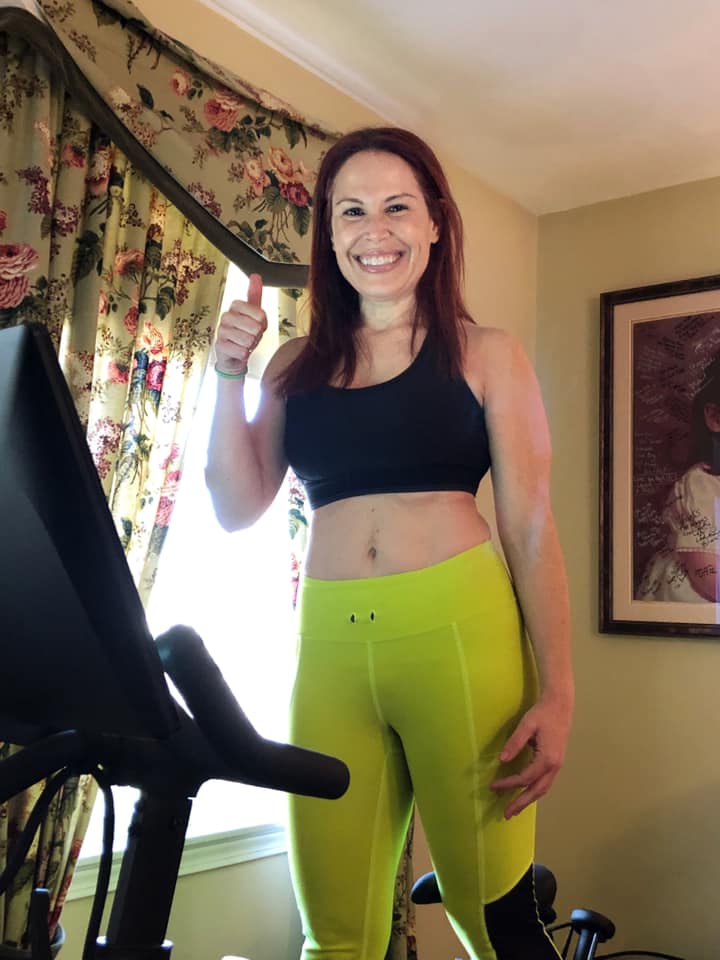 When lifestyle changes and self-care are not enough to prevent UTIs and antibiotics for prevention are not worth the risks, ellura is a proven effective non-antibiotic alternative for UTI prevention, without the side effects or bacterial resistance.   The taboo that we should keep hush about UTI issues, making us feel like it’s bad hygiene or something that makes you less of a person needs to stop. Prevention of UTIs for every woman is possible. Adding ellura to your everyday self-care routine makes that so simple! UTI prevention gives me such a piece of mind to live my life. If you don’t suffer from UTIs, you don’t know how frustrating it can be. Having to worry about how it will impact your life, such as being in pain or knowing you have to take another dose of antibiotics, is just no fun! Neither is the fact that I have a real problem exercising when I have a UTI. With ellura, I do not have to worry any longer which allows me to live a life away from fear of when the next UTI will hit. 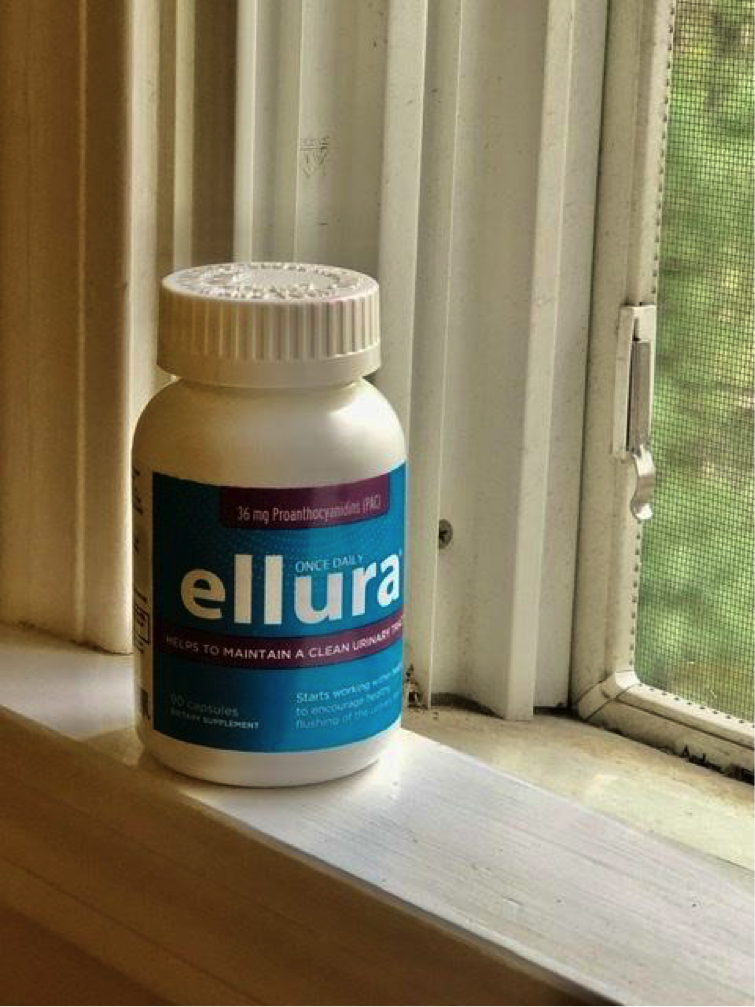 If you’re struggling with repeat UTIs, try ellura. Use discount code MOMMYCHRONICLES for 50% off your first order at ellura.com. One use per customer, expires October 9th at 11:59 PM ET.

ellura is not a treatment for UTIs, and using ellura should not replace the expert advice from your health care team. 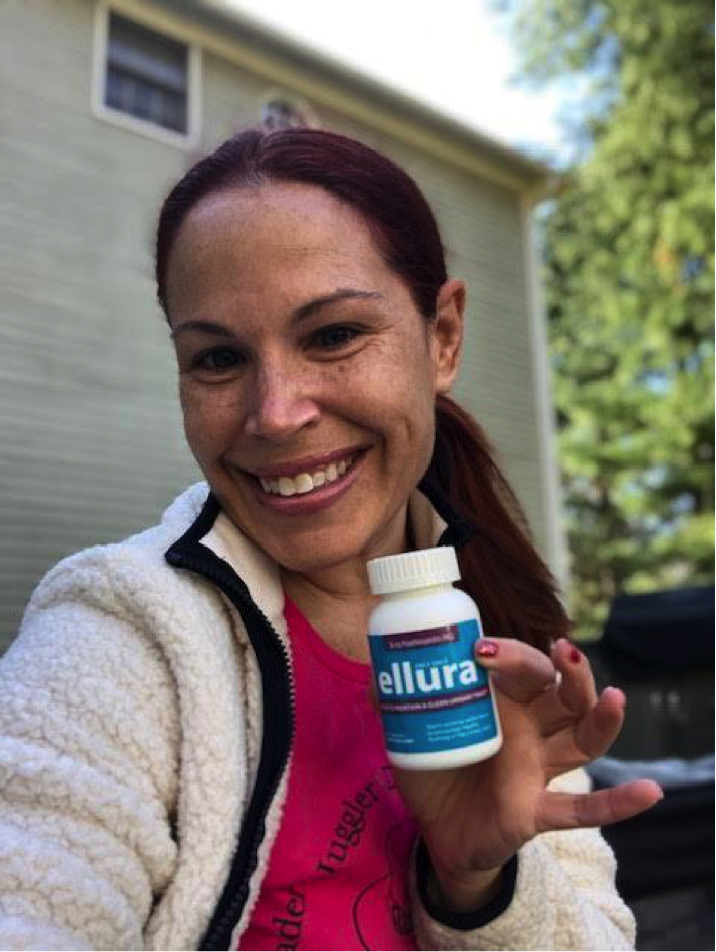 *This post is sponsored by ellura. All opinions are my own and not swayed by outside sources.

Playing Music Has Never Been Easier thanks to the Casio Keyboard!
Cats & Dogs 3: Paws Unite! on Digital and Blu-ray 10/13!