Over the last few days, I had the chance to watch quite a few movies and one was Where’d You Go Bernadette. I read the book awhile back so I knew the premise but was excited how they would take the movie from book form to onscreen. 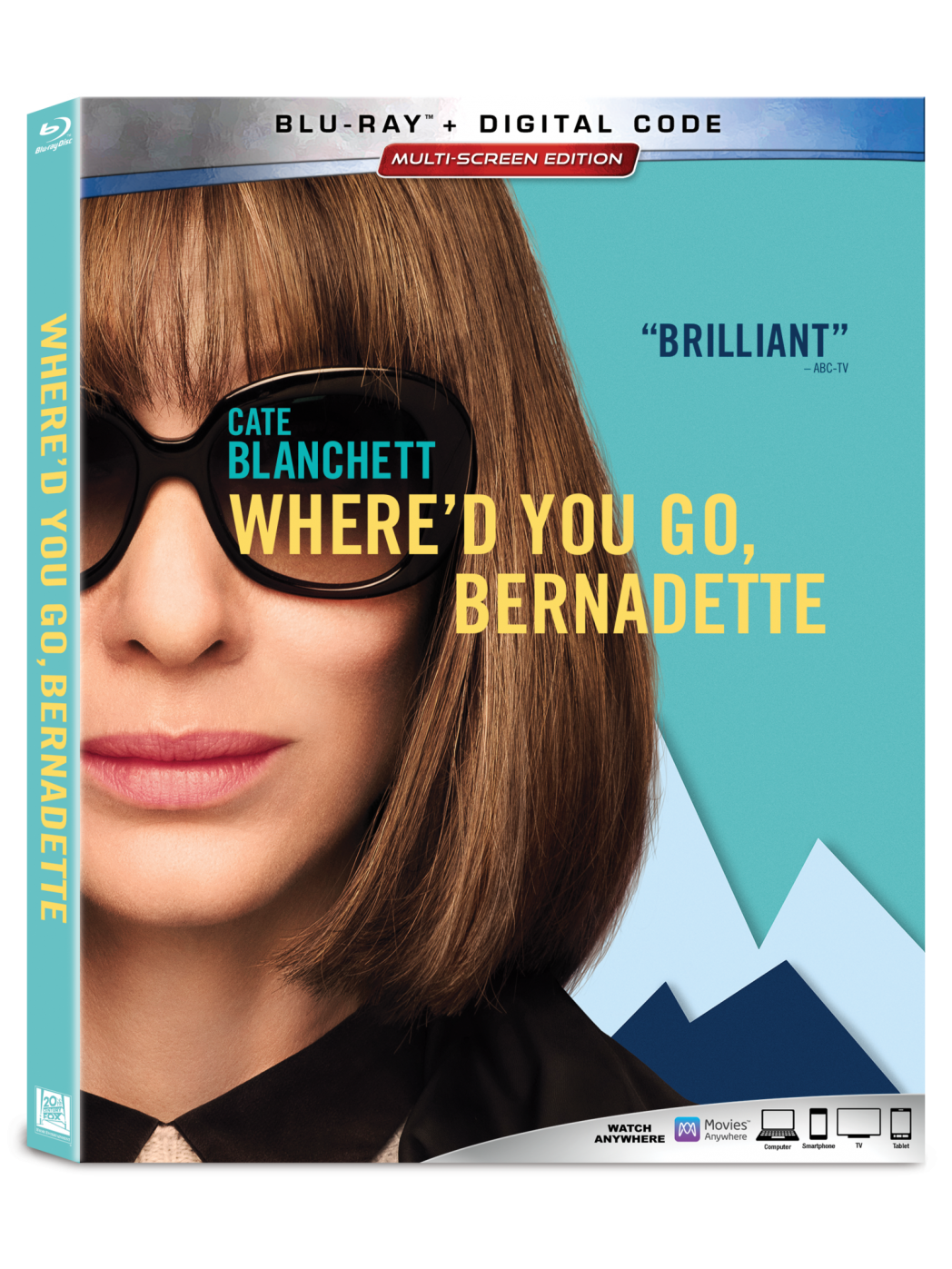 – Based on the runaway bestseller by Maria Semple, WHERE’D YOU GO, BERNADETTE is an inspiring comedy about Bernadette Fox (Academy Award® Winner Cate Blanchett), a loving wife and mom who becomes compelled to reconnect with her creative passions after years of sacrificing herself for her family. Bernadette’s leap of faith takes her on an epic adventure that jump-starts her life and leads to her triumphant rediscovery.

Twentieth Century Fox Home Entertainment, LLC (TCFHE) is a recognized global industry leader and a subsidiary of Twentieth Century Fox Film. TCFHE is the worldwide marketing, sales and distribution company for all Fox film and television programming, acquisitions and original productions as well as all third party distribution partners on DVD, Blu-ray™, 4K Ultra HD, Digital and VOD (video-on-demand). Each year TCFHE introduces hundreds of new and newly enhanced products, which it services to retail outlets and digital stores throughout the world.

Annapurna, founded by Megan Ellison in 2011, focuses on creating sophisticated, high-quality content that is critically and commercially conscious while still appealing to a diverse audience. By upholding the company’s vision to put filmmakers and artists first and preserve their authentic creative voices no matter the genre or medium, the company has garnered a total of 52 Academy Award nominations, including five Best Picture nods for American Hustle, Her, Zero Dark Thirty, Phantom Thread and Vice.

I loved this film. I thought they did the book huge justice and I thought Cate Blanchett did a fantastic job!

*DVD received for review. All opinions are my own and not swayed by outside sources.*

MooMooz-Online Shopping For Tay Tay has never been easier!
Family Getaway at Beaches Turks and Caicos!