Elton John is my main guy! No seriously, I can listen to his music every single day of my life and I probably do just that. That is why I was so excited when they made a movie all about this legend. I went to see Rocketman with friends a few months back and we loved it so much, we returned the following week. Now this movie is available on DVD from Paramount Pictures. 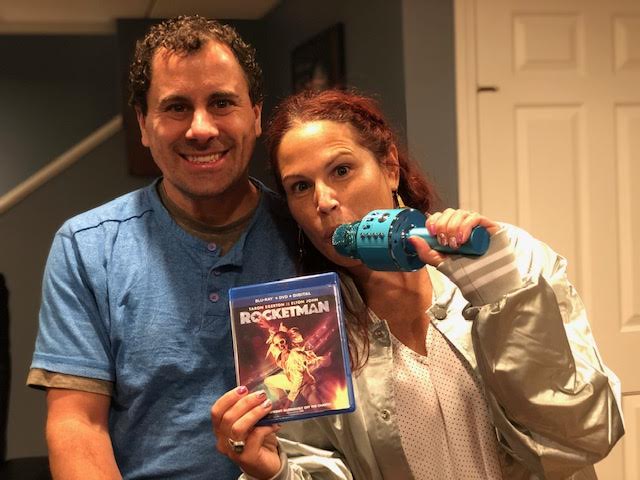 Now you can experience #Rocketman on 4K Ultra HD, Blu-ray and Digital!  In my opinion after watching this movie again with the DVD version, it is one of the best movies of 2019.  We all know how amazing Elton John’s music is but what I did not know is how tumultuous his life really was. It actually made me love Elton’s (if that is possible) music even more about seeing this movie. You will learn how a shy, small-town boy becomes of the most iconic figures in music history and Rocketman features a truly tremendous cast. 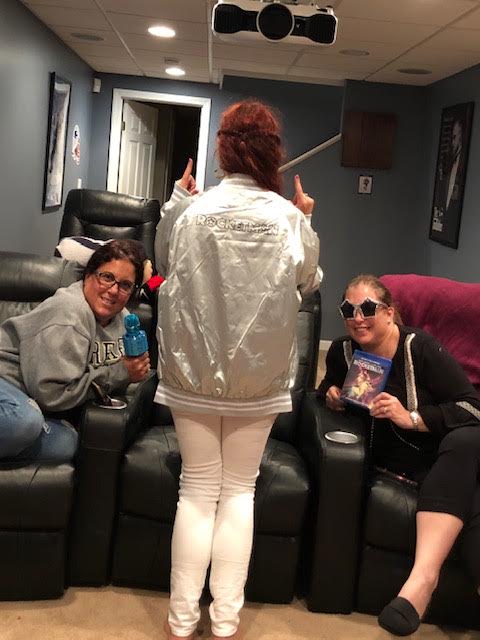 My girlfriends and I got together last week to watch this movie and it had us dancing/singing the entire time. From one hit to the next, we could not stop singing and dancing along. This movie features show-stopping musical performances so I dare you not to have fun watching this movie. 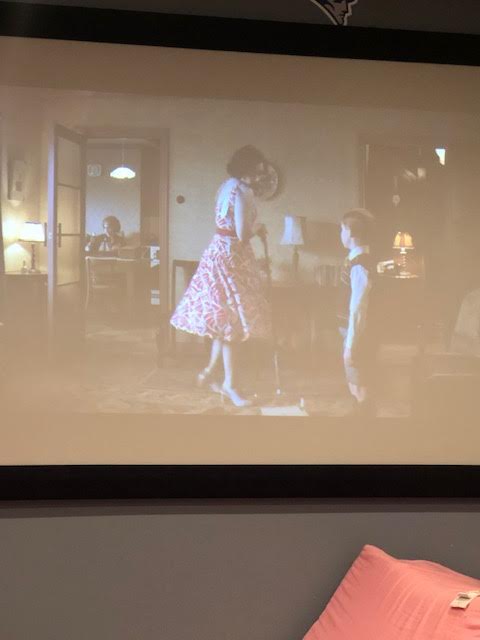 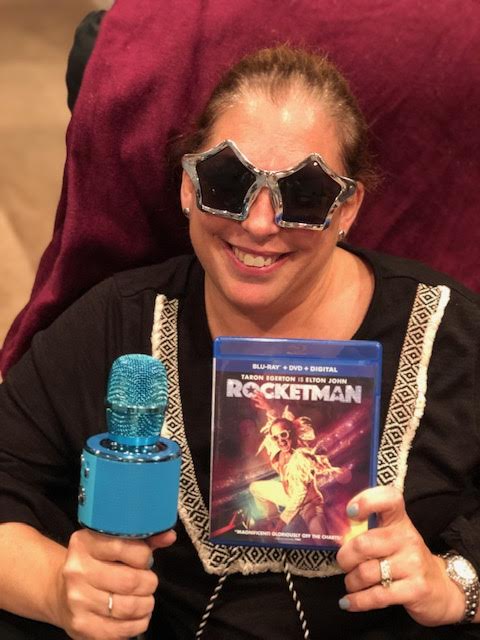 One of the bonus features on this DVD is a ‘sing-along’ so my girlfriends and I used the blinged-out microphone and took turns belting out Elton’s favorite hits as they were being sung during the movie. We took down the roof of my home yelling, screaming, and having a grand ole’ time singing. Included in my package was also a fabulous Elton jacket and glasses which really made us get in the Elton mood! 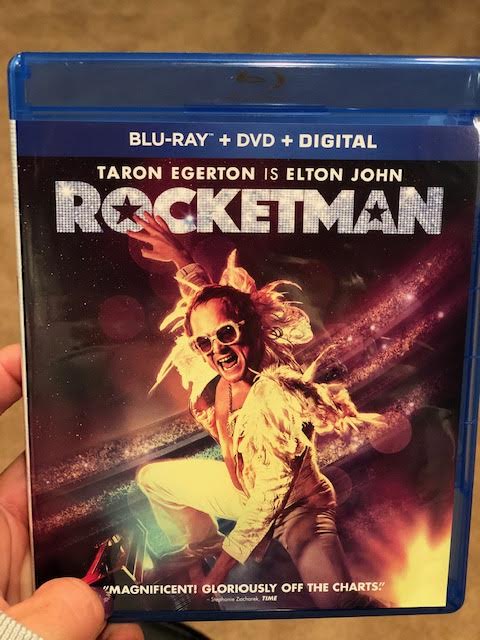 If you are looking to do a great girls night in, pick up a copy of Rocketman and have a fantastic time. Trust me when I tell you there is nothing that makes friends bond more than singing on top of their lungs to some Elton classics! The movie is superb so do not miss out on owning this today! 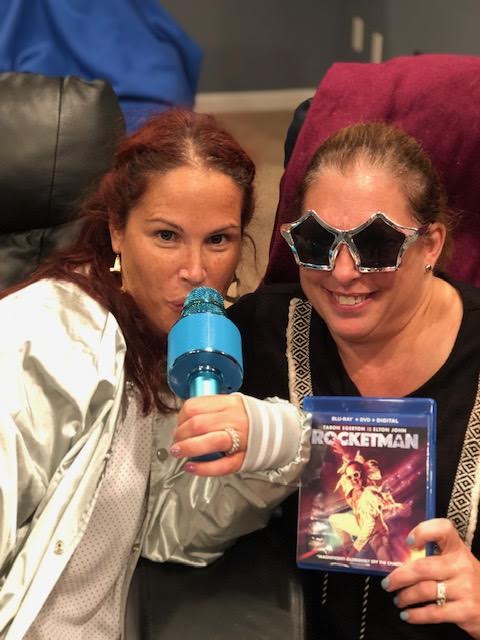 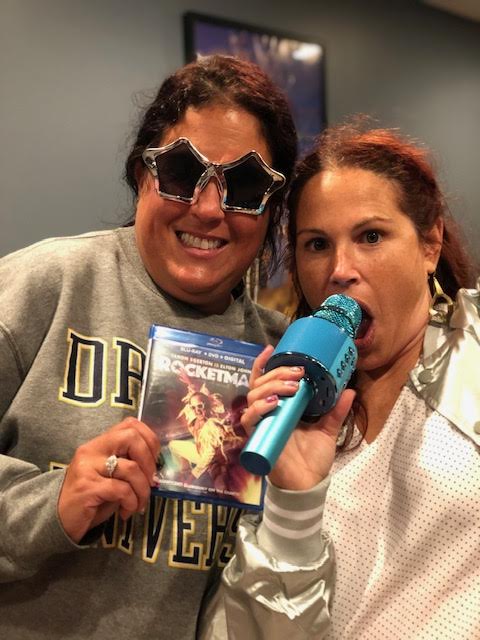 The Digital, 4K Ultra HD, and Blu-ray releases are packed with over 75 minutes of must-see bonus content, including four extended musical sequences introduced by director Dexter Fletcher that showcase even more of the spectacular singing and dancing by Taron Egerton and the cast. The releases also include breakthrough moments not seen in theaters with 10 deleted and extended scenes with an introduction by Dexter Fletcher; sing-along tracks of 13 select songs; behind-the-scenes footage and interviews with Elton John, the cast, and filmmakers; intimate footage from recording studio sessions; plus, a Rocketman jukebox that allows viewers to skip straight to the music. Also, for a limited time while supplies last, the Combo Packs will include a collectible booklet with a special message from Elton John for fans of Rocketman. 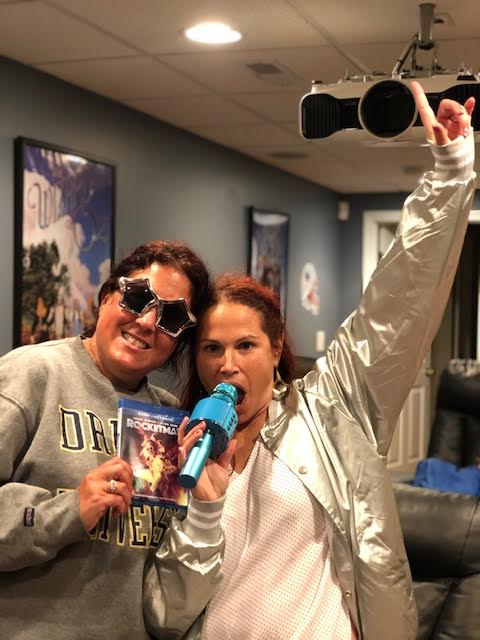 GIVEAWAY: One winner will win a Rocketman party package including the movie, blinged-out microphone, Elton styled jacket, and sunnies. This giveaway is run via raffecopter so click read more to see the actual giveaway. The only mandatory entry is to tell me who you would invite over for your party to celebrate Rocketman in the comment section proceeding this post. While the other entries are optional, I highly suggest filling it out to increase your chances of winning. US only. Good luck! 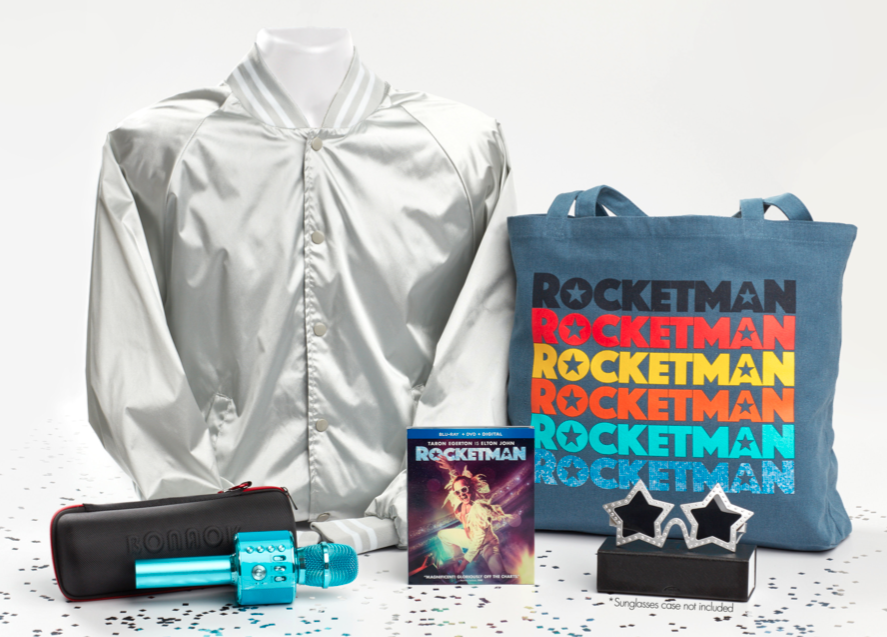 *This giveaway is sponsored with Paramount. All opinions are my own and not swayed by outside sources.*