My kids are in love with the How to Train Your Dragon movie series.   The newest of the franchise, How to Train Your Dragon: The Hidden World is fantastic and  is out on Digital TOMORROW (4/30) and then available on 4K Ultra HD, Blu-ray™ & DVD on 5/21! Be sure to mark down these dates because you do not want to miss owning this movie.

HOW TO TRAIN YOUR DRAGON: THE HIDDEN WORLD 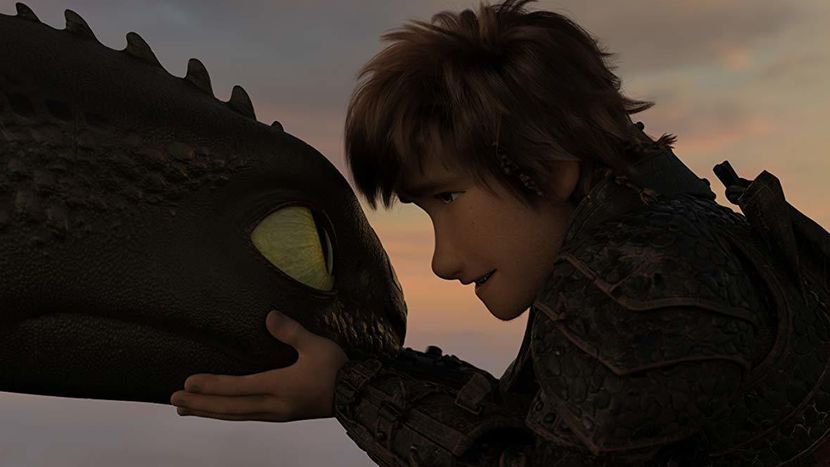 Nearly ten years after the first movie wowed audiences around the world, Hiccup and Toothless return to captivate fans with an adventure of a lifetime in DreamWorks Animation’s HOW TO TRAIN YOUR DRAGON: THE HIDDEN WORLD. The final quest fromDean De Blois’ (Lilo & Stich, How to Train Your Dragon trilogy) arrives on Digital and via the digital movie app MOVIES ANYWHERE on April 30, 2019 and on 4K Ultra HD, Blu-Ray™, DVD, and On Demand May 21, 2019 from Universal Pictures Home Entertainment. Hailed as “the perfect conclusion to one of the best animated trilogies of all time”(Scott Menzel, We Live Entertainment)and certified fresh onRotten Tomatoes®, the film opened at #1 in over 40 markets. The 4K Ultra HD, Blu-ray™, DVD and Digital versions feature over an hour of exclusive behind-the-scenes bonus content including an alternate opening, two DreamWorks animated shorts, deleted scenes and more. 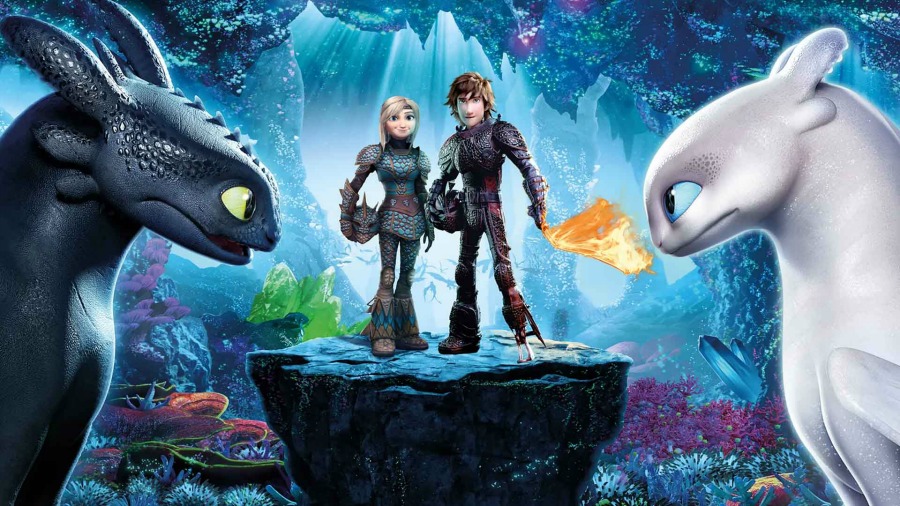 To mark the film’s global 4K Ultra HD, Blu-ray and DVD release, Universal has partnered with Facebook and Messenger to debut two exclusive adorable NightLights(baby dragons)to train and an awe-inspiring in-store Augmented Reality (AR) experience. In pack, fans can unlock an exclusive code that reveals your very own Night Light that you can hatch, train, and send on adventures within the popular Dragon Pets Instant Game available on Facebook and Messenger. Additionally, participating retailers around the world will unveil in-store displays that trigger a visually stunning AR adventure bringing Toothless and Light Fury to flight! Both the in-home and in-store experiences are compatible with iOS and Android devices, and users should download the latest version of the Facebook and Messenger apps. 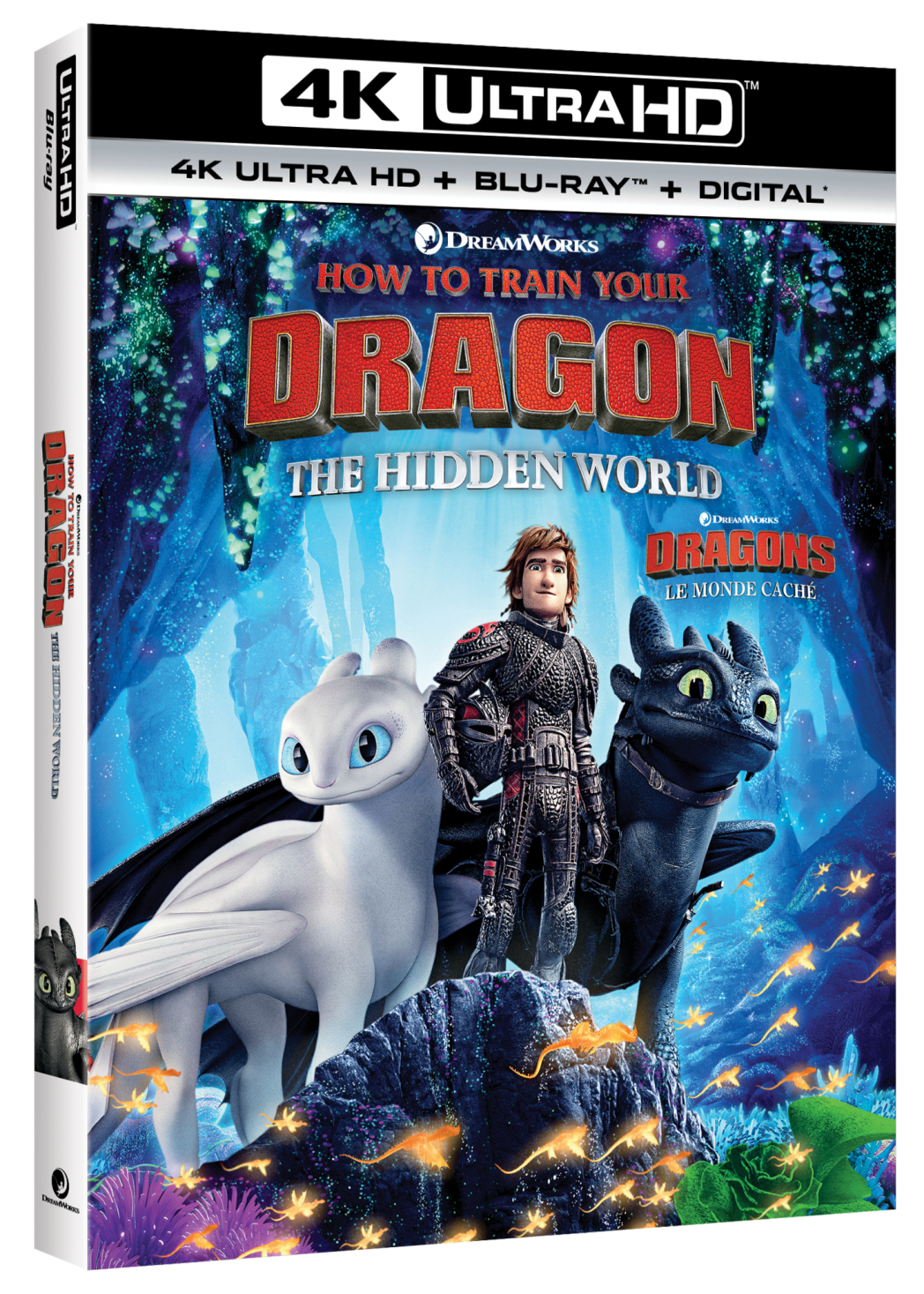 What began as an unlikely friendship between an adolescent Viking and a fearsome Night Fury dragon has become an epic trilogy spanning their lives. In this next installment, the heroic pair finally fulfill their destinies;Hiccup (Jay Baruchel)as the village chief and ruler of Berk alongside Astrid(America Ferrera), and Toothless as the dragon leader of his own kind. As the Vikings and dragons of Berk face their darkest threat yet, the evil Grimmel (F. Murray Abraham),and Toothless discovers his soulmate, Light Fury –the bonds of Hiccup and Toothless’ friendship are tested like never before.
The all-star voice cast behind all of the beloved characters from the previous films returns withJay Baruchel (The Sorcerer’s Apprentice,This Is the End), America Ferrera (“Superstore,”The Sisterhood of the Travelling Pants), Cate Blanchett (The House with a Clock in Its Walls,Ocean’s Eight), Gerard Butler (300, The Bounty Hunter), F. Murray Abraham(Isle of Dogs, TheGrand Budapest Hotel), Kit Harington (“Game of Thrones”), Craig Ferguson (Brave),Kristen Wiig (Despicable Me 3,Ghostbusters),Jonah Hill (The Lego Movie franchise, 21 Jump Street)and Christopher Mintz-Plasse (Trolls,This is the End).

HOW TO TRAIN YOUR DRAGON: THE HIDDEN WORLD will be available on 4K Ultra HD, Blu-rayTM, DVD and Digital.

This is an absolutely wonderful family film!

Giveaway: One winner will receive the Blu Ray Combo of How To Train Your Dragon: The Hidden World. This giveaway is run via rafflecopter so click read more to see the actual giveaway. The only mandatory entry is to tell me who you want to win this for in the comment section proceeding the post. While the other entries are optional, I highly suggest filling it out to increase your chances of winning. US Only. Good luck!
a Rafflecopter giveaway

*Post was in collaboration with Universal Pictures. All opinions are my own and not swayed by outside sources.*