You know whenever Disney makes a film, you must buy it before they put it away in the vault. Well just in time for the winter season, Disney’s The Nutcracker and the Four Realms is now available on Digital, Movies Anywhere, 4K Ultra HD, Blu-ray™ and DVD. This movie is a truly great family film that not only your kids will enjoy, but mom and dad too!

Relieve the magic of this classic tale instantly through bonus features and never-before-seen extras such as a behind-the-scenes look at how the four realms were created to such dazzling effect. Experience the Disney magic and adventure in what is destined to become an annual viewing tradition for adventurers of all ages.

Bonus features include a discussion with American Ballet Theatre’s Misty Copeland about her role as the enchanting Ballerina Princess, her personal history with “The “Nutcracker” ballet, and her inspirational and historic rise within the world of dance. Extras take viewers on the set of “The Nutcracker and the Four Realms” to meet both new and reimagined characters, and discover how the Land of Sweets, Land of Snowflakes, Land of Flowers and mysterious Fourth Realm were created to such dazzling effect. Deleted scenes provide a look at magical moments that didn’t make the final version of the movie.

In “The Nutcracker and the Four Realms,” Clara travels along a golden thread, presented at Drosselmeyer’s (Morgan Freeman) annual party, eagerly searching for a one-of-a-kind key that will unlock a music box that holds a priceless gift. When she enters a mysterious parallel world, Clara encounters a Nutcracker soldier named Phillip (Jayden Fowora-Knight), a gang of mice and three Realm regents, including the Sugar Plum Fairy (Keira Knightley). Ultimately, she must brave the ominous Fourth Realm, home to the tyrant Mother Ginger (Helen Mirren), to retrieve the key and return harmony to the unstable world. 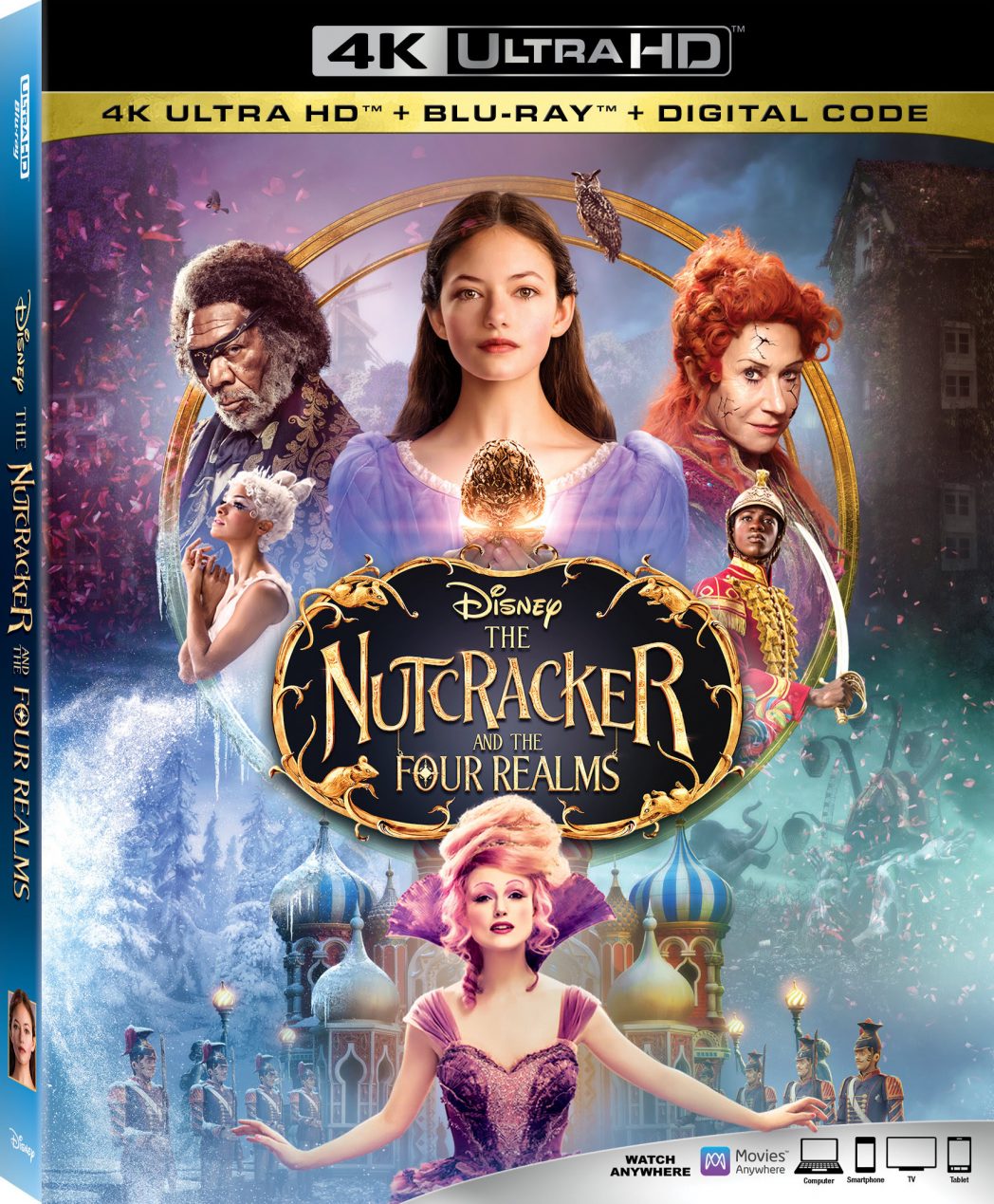 The stunning feature film will be packaged and released in several different formats, giving families the flexibility to watch it on a variety of different devices. Viewers can instantly watch the film in Digital UHD, HD and SD, and bring home a physical copy of the film as the Ultimate Collector’s Edition (4K UHD, Blu-ray and Digital Code), Multi-Screen Edition (Blu-ray, DVD and Digital Code) or a single DVD.

We loved this film and I am sure you will too! Be sure to pick up this wonderful movie today and enjoy the magic of Disney’s The Nutcracker and Four Realms.

*Disney provided me a copy of the film. All opinions are my own and not swayed by outside sources.*