My daughter Tay Tay is OBSESSED with Vampirina! Seriously obsessed! It is on 24 hours a day at our house. That is what I was so excited to learn that they were releasing a DVD called Vampirina Ghoul Girls Rock! 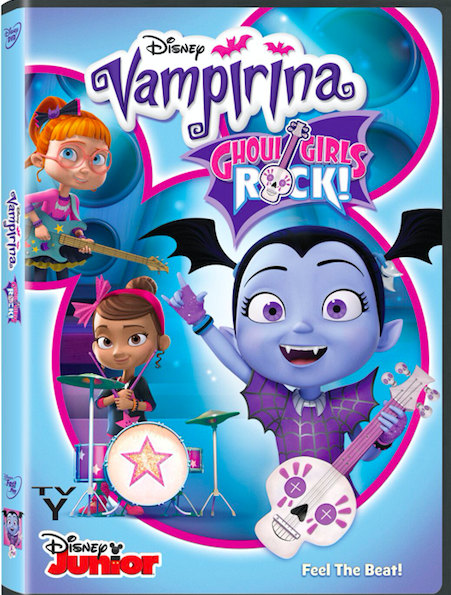 Synopsis:                      Follow Vampirina and her two best friends, Poppy and Bridget, as they take the stage and start their very own band: the Ghoul Girls! Cheer them on as they travel to Transylvania for their first-ever talent competition and go on many more awesome adventures! Amped with six music-filled episodes, plus seven bonus animated shorts, Vampirina: Ghoul Girls Rock! soars to fang-tastic new heights as Vee and her friends learn how to find their inner ghoul and rock out!

Oldie But a Ghouldie / Beast in Show

Everybody Scream, Everybody Howl

We love all six episodes included in this wonderful DVD! It keeps us entertained for hours when we are in the car, and honestly mom and dad love it too!

Be sure to pick up Vampirina today available on DVD!