Supercalifragilisticexpialidocious!!! I am so excited for MARY POPPINS RETURNS!! This is one movie out of the many that Disney is releasing this year,  that is going to be plain ole’ awesome! The original is one of my favorites and I am sure the new sequel will be INCREDIBLE!! How can it now with Emily Blunt starring as Mary Poppins?!

The new teaser trailer and poster from Disney’s MARY POPPINS RETURNS, an all-new sequel with a fresh sensibility that celebrates the spirit of the original film can be seen below. 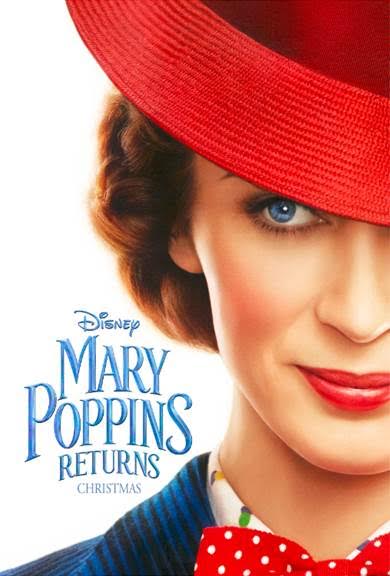 ABOUT ABOUT MARY POPPINS RETURNS:

In the sequel, which arrives in theatres this Christmas, Mary Poppins is back to help the next generation of the Banks family find the joy and wonder missing in their lives.

MARY POPPINS RETURNS arrives in theatres everywhere on December 25, 2018!  Be sure to mark the date down in your calendar as this will be the movie of the Christmas season! I know I can not wait!