Walabot is a DIYer’s best friend. It’s also their wives’ best friend. How many times has your husband – or maybe even you – decided to take on a project that required finding a stud, pipe, or other object behind the wall. Depending on your husband’s level of ambition, it might happen frequently. Now, how many projects has your husband taken on where coming upon a pipe or wire was the LAST thing you’d want to happen. See where I’m going with this? I’s important for those project weekend warriors to know where everything is behind the walls. That’s where Walabot comes in. 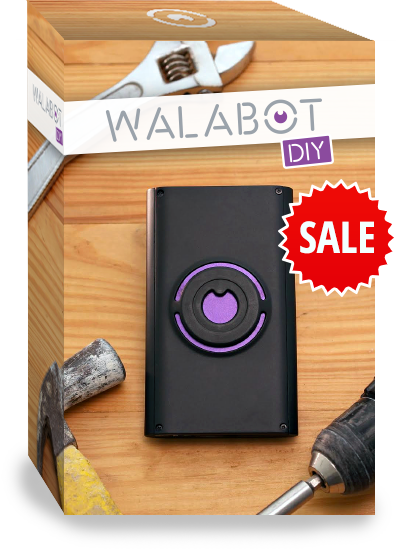 Whether you’re tackling wiring or plumbing (please only do that if you have experience) or you’re just adding a hanging cabinet of some sort that requires you to find a stud, you NEED to know what’s going on behind those walls. Your walls have everything from electrical wiring to water and gas pipes. The last thing you want to do is either have to put a bunch of holes in the wall try to figure out exactly where they are, or hammer or cut into the wall and hope you missed everything.

Here’s a perfect real-world example. I have a friend who lives out of state who decided to do some work on the ceiling of his basement. I can’t recall exactly what the work was now, but it involved cutting into the ceiling with a saws-all. He could have used Walabot. He could have used it because he ended up cutting into a gas line. He had to stand their with a rag over the pipe to help keep the gas in the  home to minimum while his girlfriend evacuated the family and the dogs and called 9-1-1.

With Walabot my friend’s story won’t be YOUR story. Walabot is simple to use and makes any DIY home work easier and safer. Simply attach Walabot to most Android phones running Lollipop 5.0 or later, and your smartphone because a portable X-ray machine, showing you the location of pipes, wires, and studs – pretty much anything hiding behind your walls, really. It makes DIY work and repairs easier and safer because you always know exactly where everything is. This amazing 3D imaging tool even allows you to see through cement!