Are you all excited for Trolls? I remember being a kid and LOVING Trolls! I think I still have my collection in the basement that I can pass along to my kids. Now you can relive Trolls, generation to generation, starting this Friday. Oh and it stars none other than the fabulous Justin Timberlake. You can’t go wrong!

SYNOPSIS:
From the creators of Shrek comes DreamWorks Animation’s Trolls, a smart, funny and irreverent comedy about the search for happiness, and just how far some will go to get it. This hilarious film transports audiences to a colorful, wondrous world populated by the overly optimistic Trolls, who have a constant dance in their step and a song on their lips, and the comically pessimistic Bergens, who are only happy when they have trolls in their stomachs.

After the Bergens invade Troll Village, Poppy (Kendrick), the happiest Troll ever born, and the overly-cautious curmudgeonly Branch (Timberlake) set off on a journey to rescue her friends. Together, this mismatched duo embarks on a rescue mission full of adventure and mishaps – trying to tolerate each other long enough to get the job done.

Utilizing music to further the film’s narrative, the Trolls soundtrack is produced by Justin Timberlake and features five original songs including songs by Justin Timberlake, Ariana Grande, Anna Kendrick and Gwen Stefani, in addition to a number of classic hits from the ‘60s through the ‘80s.

Now for a limited time, TruMoo Chocolate and Orange Scream milks feature Poppy and Branch from the new Trolls movie. Whether served in a glass or incorporated in creative recipes like Poppy’s Orange Scream Pudding Parfaits, “Trollicious” Chocolate Cheesecake Dip and Truly Colorful Crepes, every little Troll and Bergen will be asking for more. 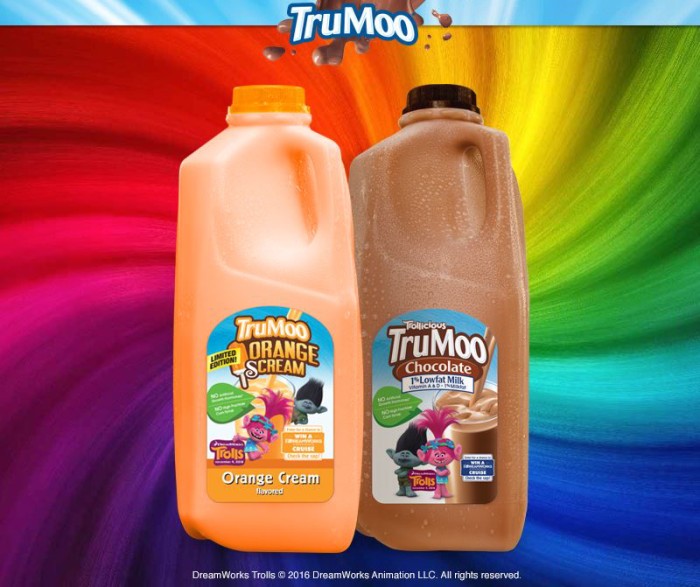 WIN IT ON THE MOMMYHOOD CHRONICLES:

This giveaway is run via rafflecopter so click read more to see the actual giveaway. The only mandatory entry is to visit the TroMoo and tell me what you like best.  While the other entries are optional, I highly suggest filling them out to increase your chances of winning. US only. Good luck!

*I worked with TruMoo on this campaign. All my opinions are my own and not swayed by outside sources.*

My Interview with Director Scott Derrickson of #DoctorStrange! #DoctorStrangeEvent
Playtex Baby and Diaper Genie Expressions – Blending Into the Room