**I received an all expense paid trip thanks to Disney. All my opinions are my own and not swayed by outside sources. Photo credit noted and other photos credit to Louise from MomStart.com.

ABC is my all time favorite channel. I am pretty sure with the exception of one or two shows on other networks, that is all I watch. That is why it was a true honor to be invited on one of my favorite new shows, Speechless. If you have not heard about Speechless yet, it is time to get with the times and make sure you are watching. Speechless airs Wednesday nights at 8:30 PM on ABC and since it just started this season, you can readily catch up and start watching. This is not only a funny show but it is what I like to call the ultimate “feel good” show. I guarantee once you start watching, you will not want the half hour show to end. It is a wonderful balance of showcasing family problems (that we all have), the importance of showing how awesome special needs children are, and the dynamic of love.

This show is not only excellent but it is important in this day of age. J.J. (played by the amazing Micah Fowler,) is one of the first characters with special needs since the days of Life Goes On. I absolutely love that the director wanted to do this show because of his full understanding of growing up with a special needs brother. This show is poignant, truthful, relevant, funny, and meaningful. 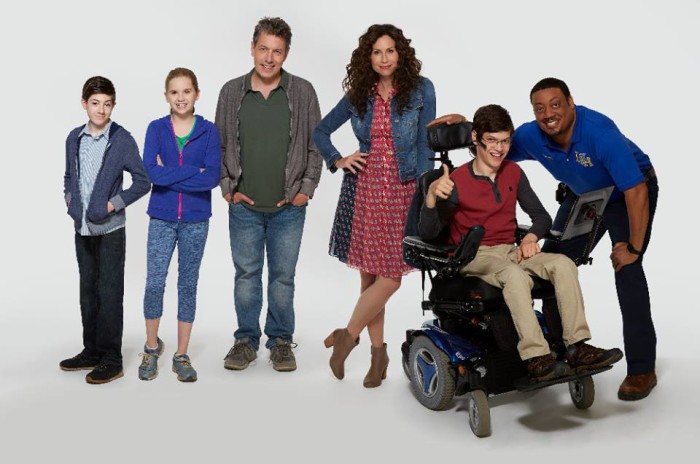 Prior to going on set of Speechless, I caught up on all the episodes that aired thus far (to my set date) so I would be prepared in meeting director, Scott Silveri,and cast including Micah Fowler, Minnie Driver, Mason Cook, Cedric Yarbrough, and John Ross Bowie.  It was so exciting to see the dynamic between the very funny John Ross Bowie and the very talented Minnie Driver, as well as meeting the AMAZING Micah Fowler . I wish in this day of age we can all be as happy and grateful as he is. If nothing else watch this show because this boy is everything and more. I had a tear in my eye that day because he was so thankful for us coming and for all of you out there watching him each week. While he has cerebal palsy in real life, that never stops him from pursuing his dreams, similar to his character J.J. on the show. 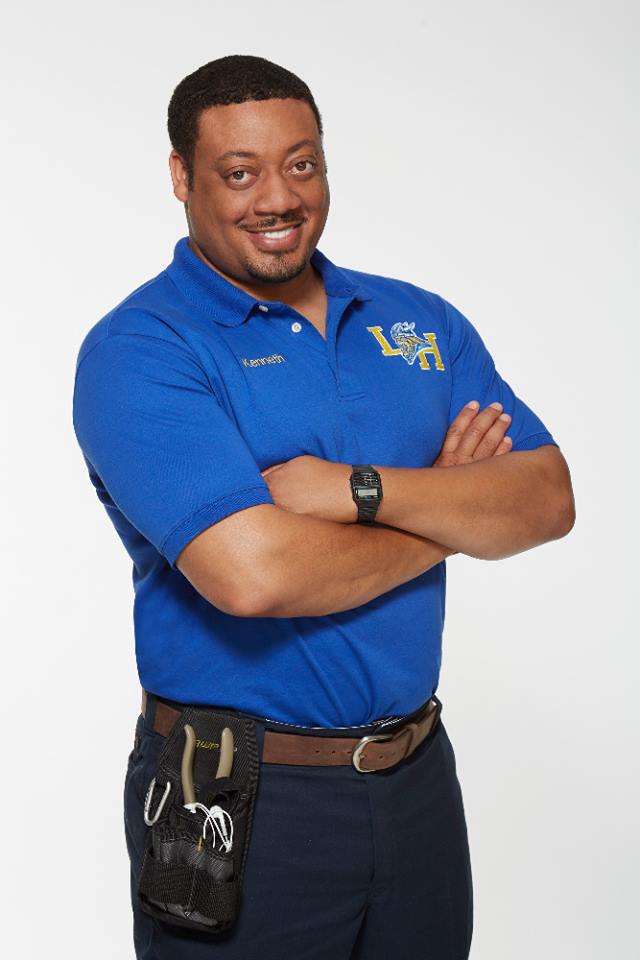 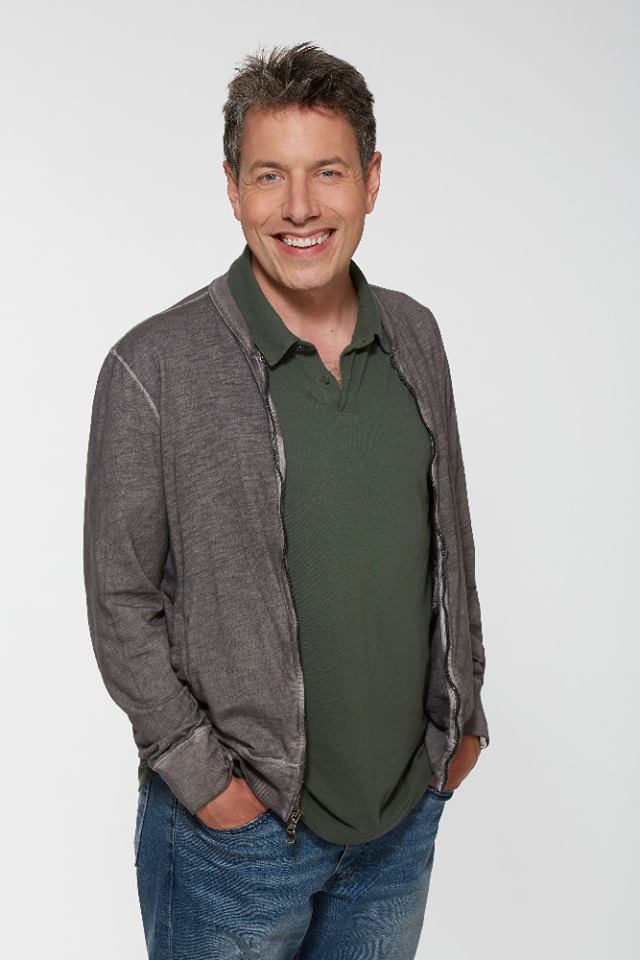 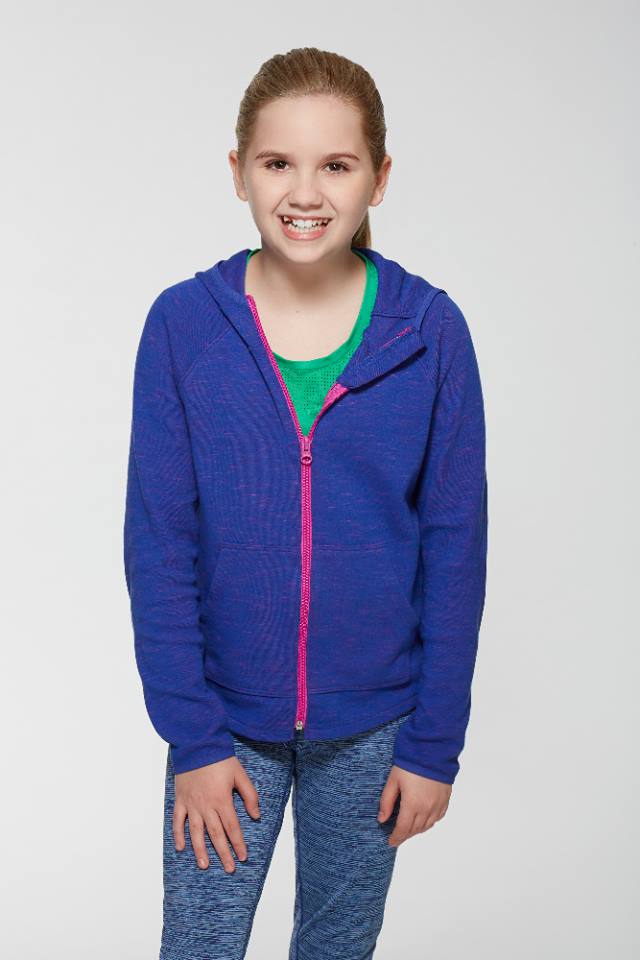 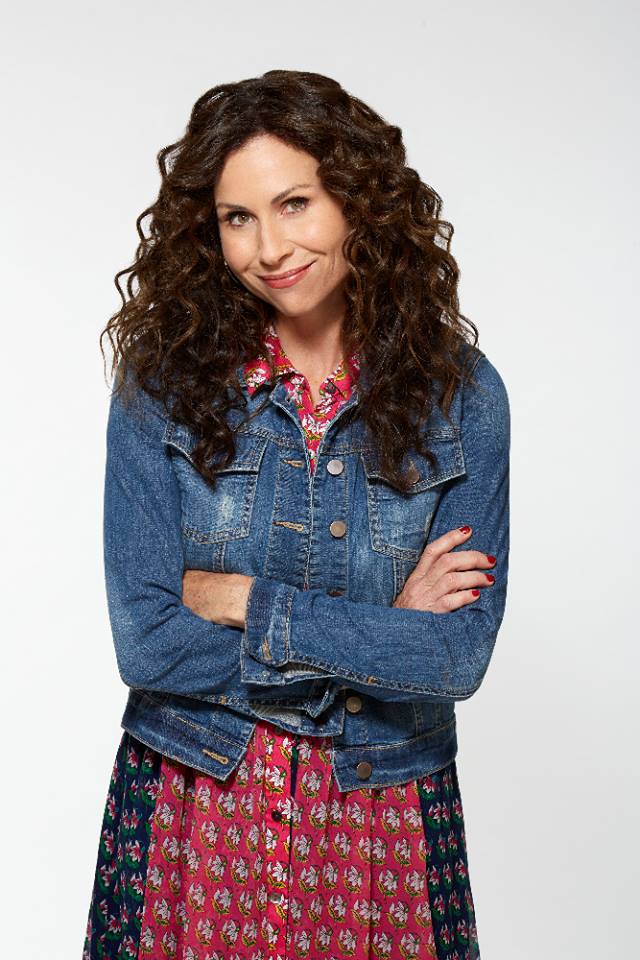 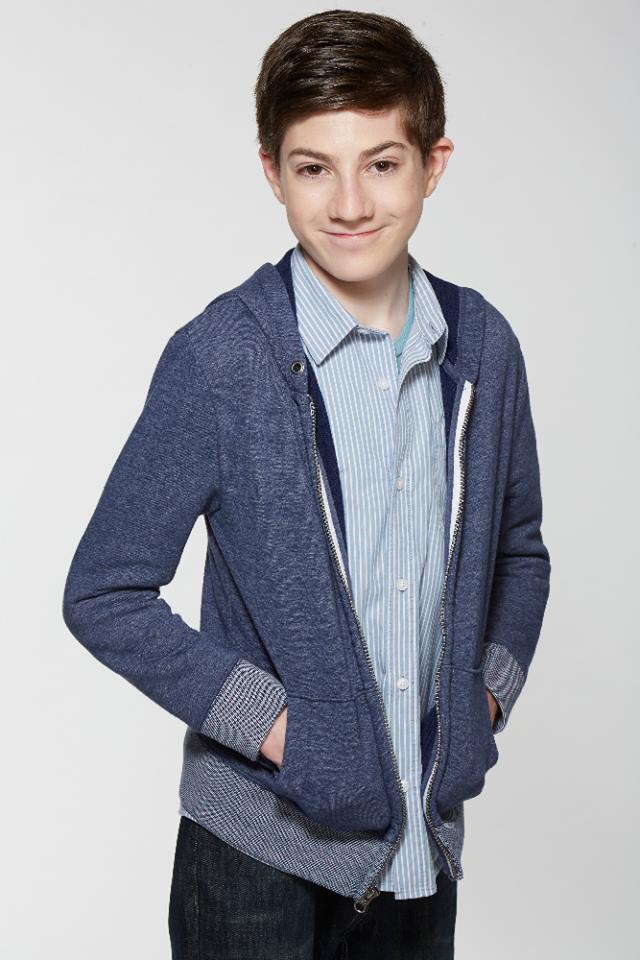 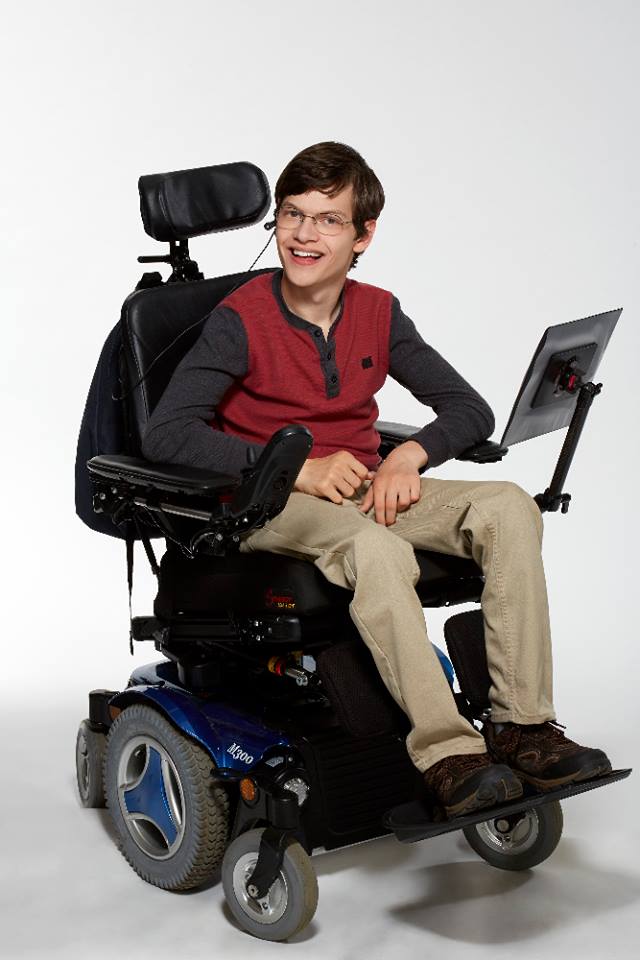 Starring Minnie Driver as Maya DiMeo, a mom on a mission who will do anything for her husband, Jimmy, and kids Ray, Dylan, and J.J., her eldest son with cerebral palsy. As Maya fights injustices both real and imagined, the family works to make a new home for themselves, and thankfully found just the right person in Kenneth (Cedric Yarbrough) to help give J.J. his “voice.”

We had the chance to sit down with director, Scott Silveri to chat about his new show. The interview was wonderful and he gave us so much insight on why he wanted to make a show like Speechless.

Question 1: How did your family react knowing you were gonna write a show that’s based on your experience?

He told us they were very supportive about it. He made it clear to them from the beginning that it is not their story. It is not the story of his family. It was important to capture elements about his time growing up in a special needs family, but it was not about his family.

“I feel like you can take whatever challenge is thrown your way and wallow in it or turn to something. You can curse the heavens or you can band together and make it work. And that’s what my mom did. That’s what my dad did. And I wanted to celebrate that at every turn. I know they don’t have a lot and they’re loud sometimes, but this is intended to be a love letter to my mom and my dad.” 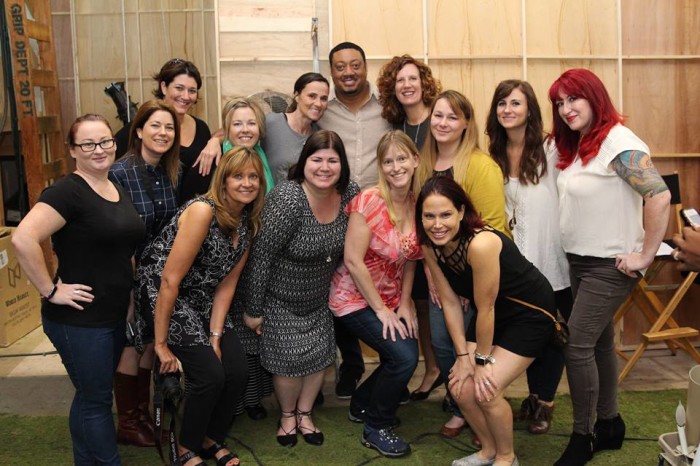 He told us he hopes it comes across that way too. I think it certainly does.

“They’re broadly drawn characters and this is not a documentary about my childhood, but it really is meant to be a loving depiction of the choices that we celebrate. The great thing was they had wonderful responses when they first read it. I did ask permission. I did not wanna get in trouble for this. Like this would make for a lotta bad Thanksgivings and Christmases.”

“The great thing that I got back from them when I first showed them was not flattery or vanity. Like, oh, you know, there’s gonna be a famous actress playing a version of me or it was just relief. Oh, it’s gonna be a family like ours on TV, and that’s fantastic, because so much of the experience of families like ours which was just feeling invisible, not being heard. And I don’t think that’s specific to or unique to disability, but it’s certainly the experience of a family with somebody with a disability. It’s like people either stare or ignore and they found it refreshing to have a story like ours told.” 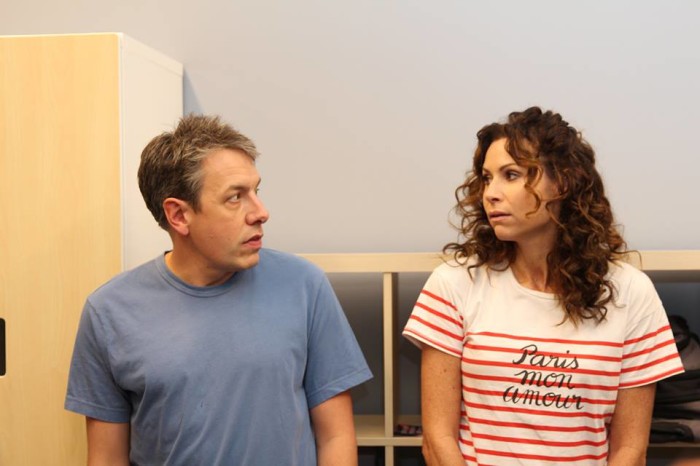 Question 2: Did you have to make any changes to make it more network ready, or any specific changes from real life to TV family life? 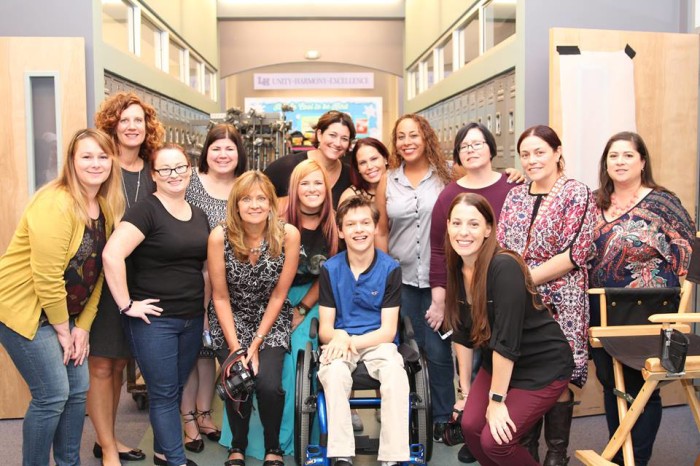 He told us the network was very open to whatever he pitched. They were very supportive. He went back in forth in developing the character but that was his doing, not the networks.

“I just thought in a world where you have six characters in a family, you want a lot more give and take between them. And it also was important to me to get it right. One challenge when I was thinking of doing a version that was closer to my own experience, I never wanted that character to seem like a prop. I wanted him to be active, and this made it easier to be active.” 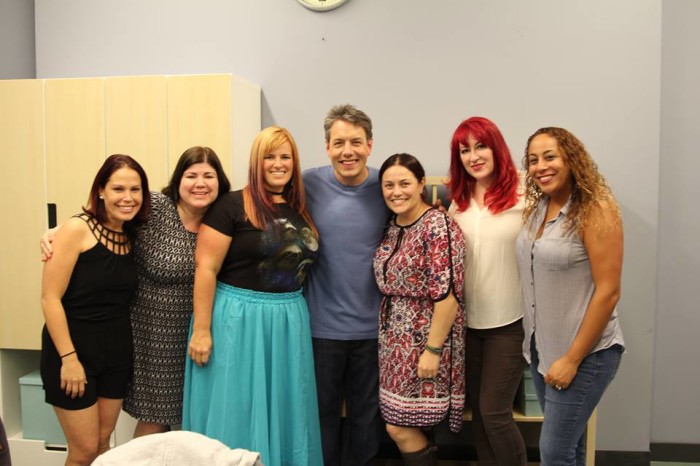 “When I was thinking about the JJ character, the criterion that I kept coming back to is, is this a character that would exist on TV independent of a disability, independent of the wheelchair? That was the litmus test. Once he has an attitude and he has agents and he has things that he wants, that’s somebody that’s worth writing for. But if it was simply defined by a wheelchair, that’s telling a story I didn’t wanna tell.”

Question 3: When did you know that Micah Fowler was the perfect actor for this? 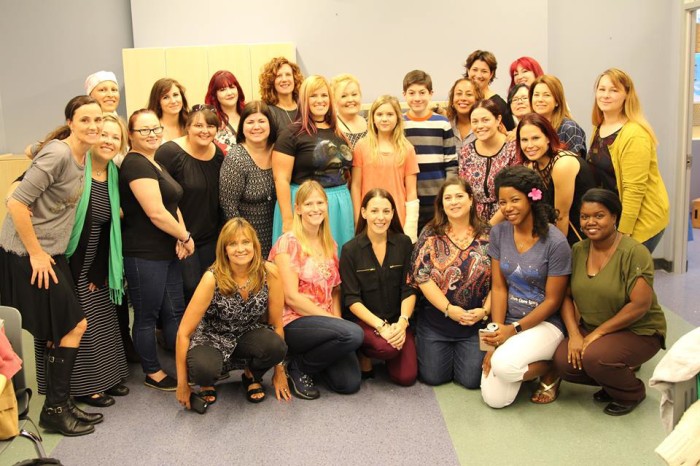 He told us he know the second he saw the tape. They took tapes in from all over the world but knew it was him.

“He’s so funny. He’s so expressive. Like he doesn’t have the benefit of words, and that’s what I do. I write words. He doesn’t have that to deal with that. It’s a challenge for us thinking for the best way for him to express himself without them. It’s a challenge for him making this stuff work, being present in the scene without lines. But he did it from, from Day 1.”

He told us they were very lucky with all the casting. All the adult actors and child actors are fantastic. He told us they are all real and they all can carry scenes.

Question 4: Can you talk about how that relationship came to be between the actors?

“Cedric was the first one to sign up on the show. God bless him. I don’t know why he did. There was nobody else, and it was late in the process. We didn’t know that we’d find a family. But he signed up for the show and I had him meet Eva and it just felt right from the beginning. Him and Micah just had a fast friendship. They just clicked and they make each other laugh. They sure make me laugh.”

He then went on to tell us how wonderful the reception has been from special needs families in the community and he loves that. He was fearful it wouldn’t all gel but he feels like it certainly did in the end. I so agree! This show is AMAZING!

“I was really surprised, frankly, that people gave it a shot and embraced it. And then those who early said this is gettin’ it right. I am wholly, deeply grateful to the people who gave it a shot and didn’t write it off before it aired.”

“I didn’t get into this for any feel the burden of responsibility for people who are watching. I’m glad we’re not disappointing them in large numbers. I’m glad the majority seem to think we got it right, and I take that very seriously.” 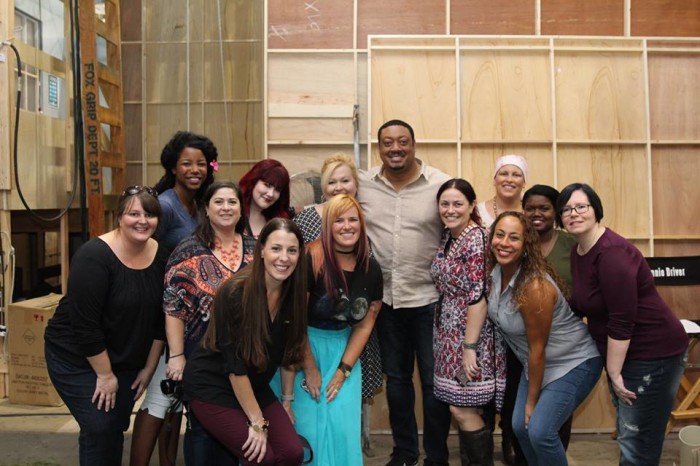 Question 5: Is it hard to mix the seriousness with the comedy in this show?

Again, this is one of my favorite new shows and I can’t wait to see how the rest of the season plays out. Be sure to watch Speechless Wednesday nights 8:30 PM EST on ABC!