*I sent my contributor, Courtney Buteau from The Mod Mommy, to the Sony Press Junket for Ricki and the Flash. Her travel expenses and junket were covered by Sony Pictures. All opinions are her own and not swayed by outside sources.*

Without giving too much away, there are a lot of real moments in Meryl Streep’s new movie, Ricki and The Flash, where some uncomfortable dialogue is had between Ricki and the other characters.

As Streep said herself, the film is “not tied up in a bow- it feels like real people.”

During the Ricki and The Flash press junket I attended in New York City over the weekend, a group of mom bloggers and I had the chance to talk to Meryl Streep, Rick Springfield and Mamie Gummer about the movie.

Streep took on a character that is quite possibly the opposite of who she is real life. But, that didn’t stop Streep from knocking it out of the park while playing Ricki Rendazzo.

“That’s what acting is. That’s why we like it. It takes what we know, what we feel, and puts it into the life of someone else and animates. It’s sort of a great journey, you know? You get to know what it is to walk in someone else’s shoes with that life, impelled by their appetites and needs,” Streep said.

Ricki Rendazzo is a guitar playing mom of three who made a lot of mistakes trying to follow her dreams.

But, while watching the movie, viewers aren’t told exactly what those mistakes are.

One of those things is why and when did Ricki leave her children and husband behind in Indiana to pursue those dreams of becoming a rock ‘n’ roll sensation.

“For me it’s like therapy. It’s like understanding something about other people and about myself. And I really love it and need it for that reason,” she added.

Meryl’s on-screen and real life daughter, Mamie Gummer, couldn’t agree more. She even shared a piece of advice her mom has told her when playing someone else.

“She said to always defend your character and who you’re playing,” Mamie said. “I think the worst thing you can do is, to judge who you’re playing, because that’s just counterproductive. This does happen. People do leave home and leave their families. And I think that you have to try to understand why did they have to do that.”

Also starring alongside Streep and Gummer is Rick Springfield, who’s in love with Ricki and is also a Flash band member.

Streep, already a talented singer, learned to play guitar in a matter of months for the part.

“I think I learned to bring your A-game when you’re opposite Meryl Streep,” joked Springfield. “Also, don’t throw away old guitars. The guitar I play on is actually a guitar I bought when I was 20-years-old and it’s actually written into the script before I was even up for the part. It’s a 68 Gibson SG that I bought when I was 21-years-old and I play it, that actual guitar, in the movie.”

Springfield said it was that guitar that he wrote and performed Jessie’s Girl on! 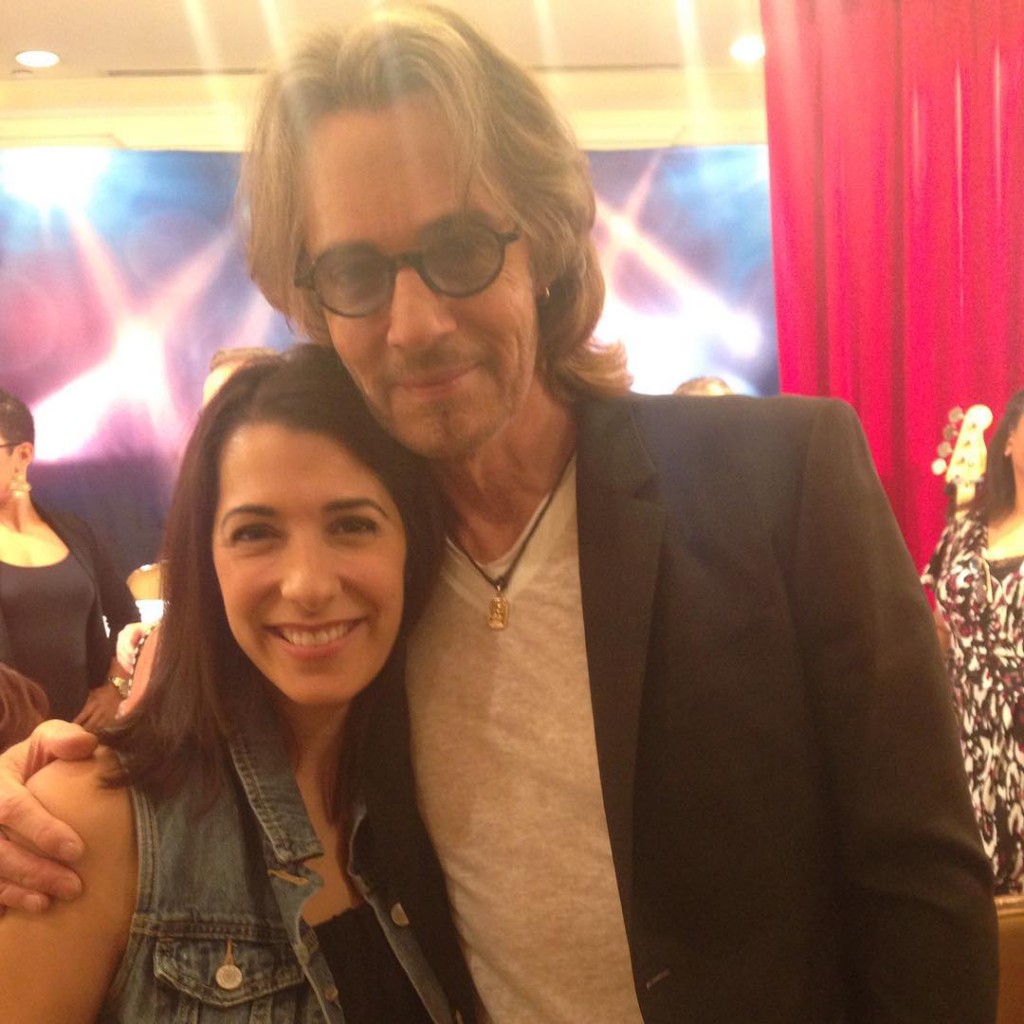 If you’re wondering how the movie was, stay tuned! My full review will be posted on Friday. You can also follow all my Ricki and The Flash adventures on Twitter or Instagram.