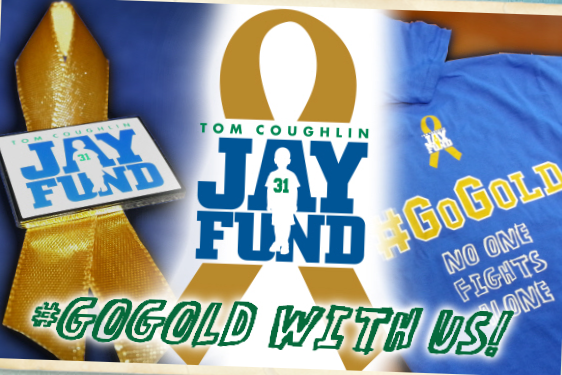 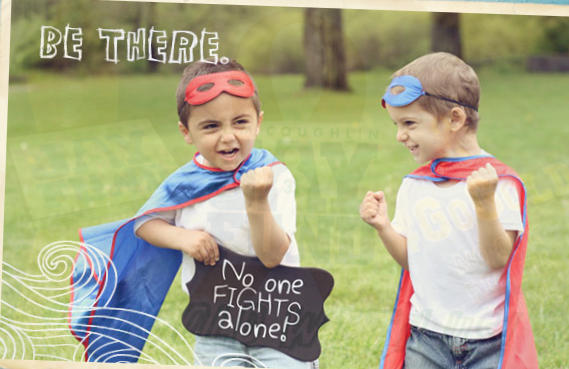 The goal of September’s #GoGold campaign is to raise awareness of childhood cancer and the financial and emotional effect on the entire family. The Tom Coughlin Jay Fund strives to “BE THERE” for these families by providing financial assistance to the parents of children with cancer, enhancing the child’s quality of life and providing support for life-saving treatments. As part of the fundraising campaign, the Tom Coughlin Jay Fund is also selling limited-edition Childhood Cancer Awareness t-shirts throughout the month, which are available at the foundation’s website: tcjayfund.org.

“We hope attending Sunday’s game puts a smile on the faces of all of the children and their families and creates life-long memories for everyone,” said Keli Coughlin, Executive Director of the Tom Coughlin Jay Fund. “We’re thankful to the Giants’ coaches and organization for being there in support and participation honoring all of the families who are dealing with the unthinkable across the New York/New Jersey Metropolitan region.”

Prior to the game’s kick-off two ambassador patients, Ahtziri Garcia, a 12 year old who was diagnosed with Ewing’s Sarcoma in 2012, and Shameem Crooks, a 2014 graduate of Teaneck High School who was diagnosed with Acute Lymphoblastic Leukemia in 2011, will join the captains of the Giants and Arizona Cardinals for the opening coin toss ceremony.

For more details, visit www.tcjayfund.org and follow the Tom Coughlin Jay Fund on all social media outlets by searching @tcjayfund.

ABOUT THE TOM COUGHLIN JAY FUND FOUNDATION
The Tom Coughlin Jay Fund Foundation was created in 1996 in honor of Jay McGillis. Jay was a special young man who developed leukemia while a member of Coach Coughlin’s team at Boston College. In the eight months between Jay’s diagnosis and the day he lost his battle with cancer, the Coughlin family saw first-hand the physical, emotional and financial strains the illness caused the McGillis family. After going through the tragic events with Jay’s family, Coach Coughlin vowed that if he ever had the chance, he would create a way to help families with children battling cancer. Coach Coughlin kept his vow and started a foundation to BE THERE in Jay’s honor. Since then the Tom Coughlin Jay Fund has evolved in size and scope, helping thousands of families in Northeast Florida and the New York/New Jersey Metropolitan Area who are fighting childhood cancer. For more information, please visit www.tcjayfund.org.

SPONGEBOB SQUAREPANTS: SPONGEBOB’S HALLOWEEN COLLECTION available now on DVD!
Quaker Fuel Up to Play 60/NFL and a Get Active Giveaway for your family! #QuakerPlayMaker