*I received this DVD from Disney. All my opinions are my own and not swayed by outside sources.*

This past Tuesday, Disney released the fabulous Muppets Most Wanted on DVD. Both of my kids saw this movie in the theaters and loved it, so they were more than excited when we received it in the mail a few days back. This new Muppets movie features three hilarious actors, Ricky Gervais, Ty Burrell, and Tina Fey. With a cast like this, you know parents and kids alike will be laughing for the entire length of the movie. We also received the “Unnecessarily Extended” version which had more laughs than you can ever imagine. As if this movie wasn’t superb enough without the extended version, this version really took it up a notch. It includes the Original Theatrical, Extended, and Statler & Waldorf version. 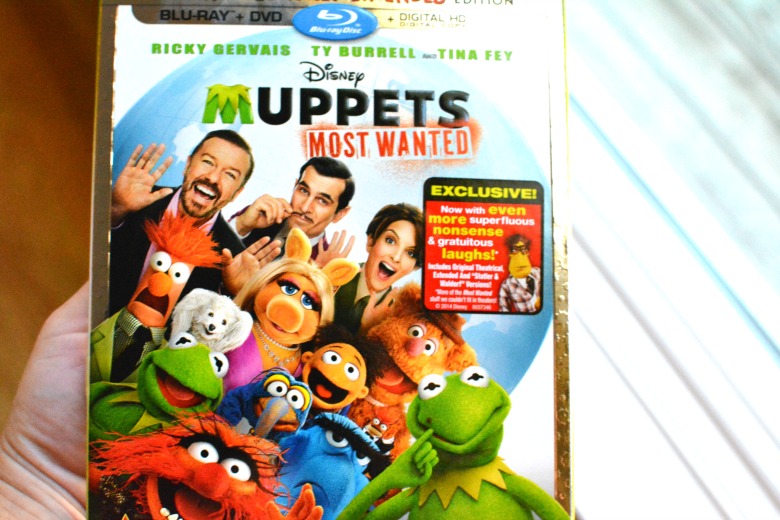 About Disney’s Muppets Most Wanted:

The #1 comedy in America three weeks in a row, “Muppets Most Wanted” picks up immediately following the events of the smash hit “The Muppets,” as Kermit the Frog, Miss Piggy, Animal and the entire Muppet gang head out on a world tour. But mayhem follows, as the Muppets find themselves unwittingly entangled in an international crime caper headed by Constantine – the World’s Number One Criminal and a dead ringer for Kermit the Frog!

Now Muppet fans can experience this laugh and song-filled caper like never before on Blu-ray Combo Pack in an all-new “Unnecessarily Extended Edition,” featuring 12 minutes of exclusive scenes not seen in theaters! Also included on Blu-ray and Digital HD are additional hilarious bonus features, including Statler and Waldorf’s version of the movie, and the laugh-out-loud gag reel, “The Longer, Longest Blooper Reel in Muppets History.”

This most sensational, inspirational, celebrational home entertainment release also includes the featurette “Rizzo’s Biggest Fan” and music video “I Can Give You What You Want,” performed by Bret McKenzie. 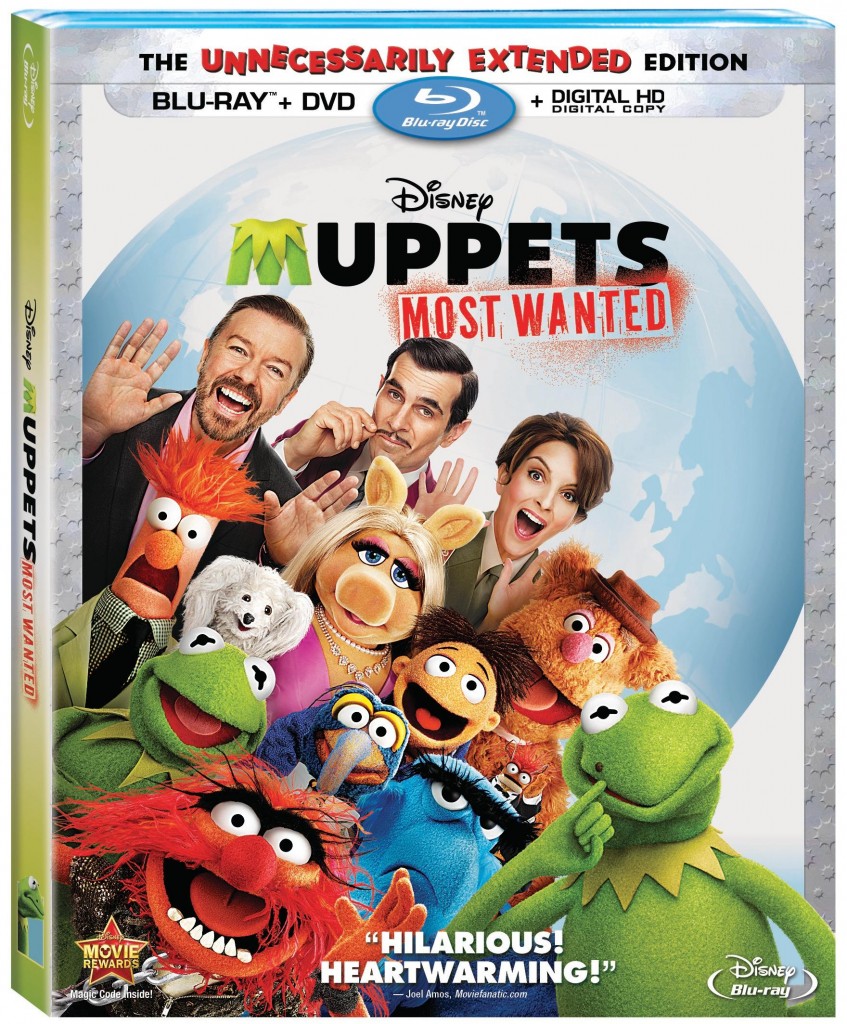 Don’t miss the most fun, most wanted Muppet movie ever when “Muppets Most Wanted” debuts in the following formats with bonus features as listed:

Bonus Materials for These Products:

My kids sat down with this movie this past week, and already they have watched it a total of three times, with more times I am sure to come!  While we loved the plot, it was the music that was a fan favorite with my kids. We all greatly enjoyed the Muppet Version of “Moves like Jagger” and “Something So Right”. It was a really cute movie and as a mom, I absolutely loved seeing some of my favorite stars, such as Ray Liotta, show up for cameos. If you are looking for a great, fun filled family movie look no further than Disney’s Muppets Most Wanted! Enjoy! To learn more, follow the Muppets on Facebook and Twitter today.

Here are some fun activities to get you started: 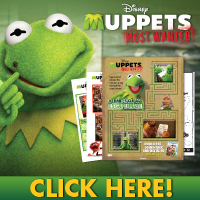 Random acts of Kindness with the Ripil App!
Serving my family Cheerios Protein to start the day! #CheeriosProtein