The Little Mermaid is one of Hayley’s favorite movies. When we were in Disney this past weekend, the one ride she wanted to do over and over was Ariel’s Enchanted Castle. The girl dressed as Ariel almost everyday of our trip! You might say she is obsessed! Now all of the characters from The Little Mermaid come together for the The Little Mermaid II: Return to the Sea and The Little Mermaid: Ariel’s Beginning in this great 2 movie DVD collection. This set is available for the first time on Disney Blu-ray Combo Pack on November 19, 2013. 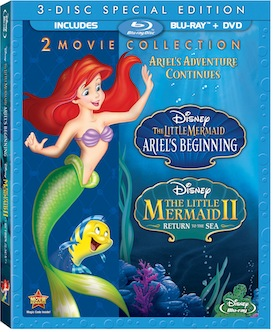 Synopsis: The Little Mermaid II: Return to the Sea

All of your favorite characters from The Little Mermaid continue their adventures in this enchanting sequel to one of the most celebrated animated films of all time.  Even though her parents tell her merpeople and Atlantica are just “old fish tales,” Ariel’s daughter, Melody, dreams of being part of that magical world. In an unforgettable story that will take your breath away, all the good creatures on the land and under the sea must join forces to show Melody that both her worlds can live in perfect harmony. 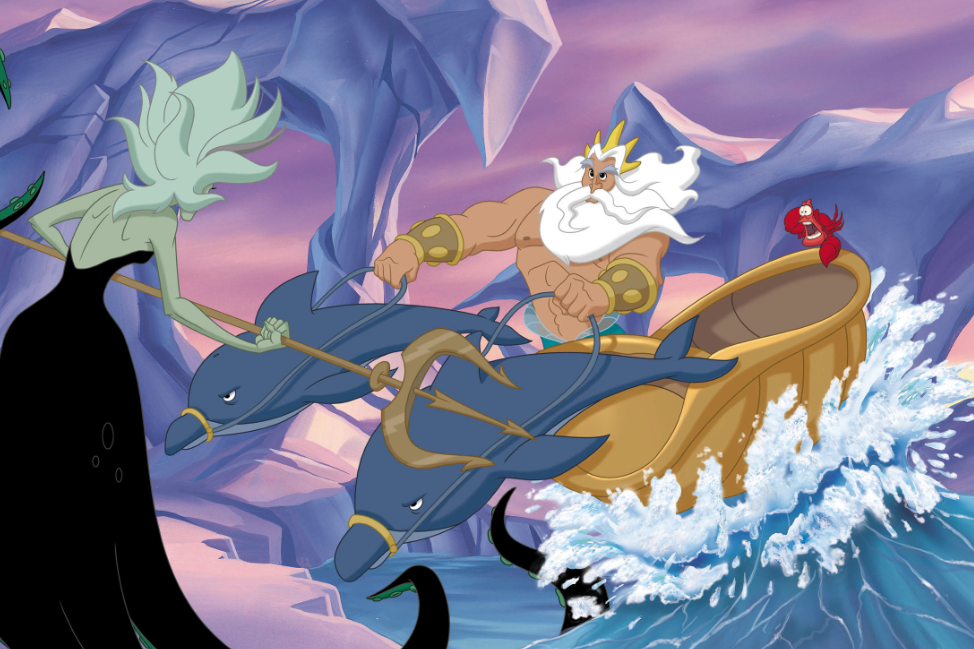 One of Disney’s most beloved characters reveals the extraordinary events that led up to her transformation into a princess!  Long before Ariel walked on land and into Prince Eric’s heart, she was one of seven beloved daughters of powerful King Triton. But times were troubled in the underwater kingdom – and music was banned! In this magical adventure, Ariel, her fun-loving sisters, and her loyal friends Sebastian and Flounder strive to bring music and friendship back to Atlantica. Featuring breathtaking animation – and some thrilling surprises – The Little Mermaid: Ariel’s Beginning is an enchanting tale you’ll share with your family again and again!

Cast: The Little Mermaid II: Return to the Sea

Bonus Features: THE LITTLE MERMAID II: RETURN TO THE SEA

Deleted Song “Gonna Get My Wish”

Splashdance:  A Dancer’s Adventures Under The Sea

Sing Along With The Movie

The Little Mermaid: Under the Sea and Behind the Scenes on Broadway (DVD only)

This DVD set was truly adorable for any Ariel fan out there! Hayley and I both really loved seeing what became of Ariel in The Little Mermaid 2 and seeing how she was grown up, with a daughter named Melody. Just as Ursula was the evil sea-witch who ultimately fails in The Little Mermaid, here we get introduced to Morgana, Ursula’s evil sister, who tries her hardest to create havoc with the creatures under the sea. In the end though, Melody and the rest of the “good” characters thrive! It was equally as great to see Ariel’s beginnings with fantastic animation throughout the movie!

This two movie collection is a must for any Little Mermaid fan this holiday season! While it officially comes out November 19, you can preorder it today on Amazon!

*We received this DVD set from Disney. All my opinions are my own and not swayed by outside sources.*