This past weekend, we had the pleasure of visiting the #DocMobile tour at Franklin Park Zoo. When I first told Hayley about it, she was shrieking screams of delight! The girl is obsessed with Doc! She seriously can rattle off every single character name, what they do, what they look like, etc. It is quite impressive! I knew the tour would be fantastic for her, but I did not truly know how special a day it would be for her! 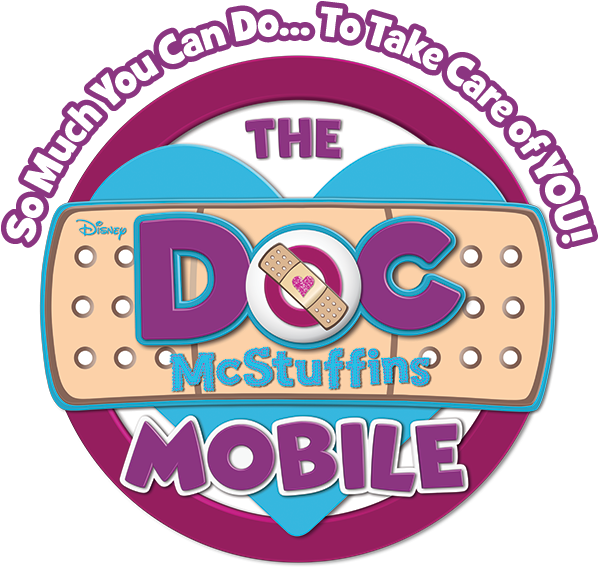 When we arrived at the Franklin Park Zoo, where the event was taking place, I noticed the parking was overly crowded. We have been to the zoo before but I have never seen those type of lines before. When I began to enter the zoo, I realized it was for the Doc McStuffins #DocMobile Tour. While the wait is long ( I am forewarning you), it is so worth it for any family that has a Doc obsessed child, like mine. My only advice would be to get there right at the start of the event, when the lines were more minimal. 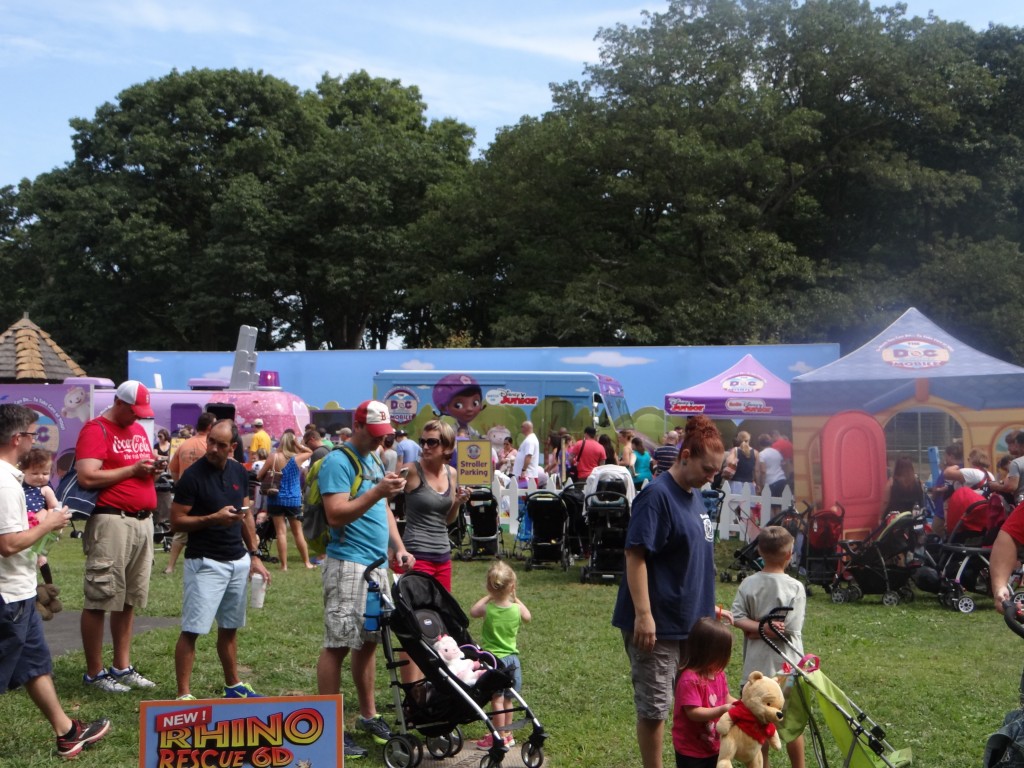 Once you get pass the line, they have a gaming station for your kids to play. The games were all Doc involved and were on an Ipad type device. Each station was sectioned off with limited amount of people, to allow for each child to have the true Doc experience. After passing through gaming section, Hayley and Zane went to the first section where it was a sing along with the Doc team. The kids had a blast here singing and dancing to Doc songs! Actually, every single child I saw had a huge smile on their face! A sign of a truly great time! 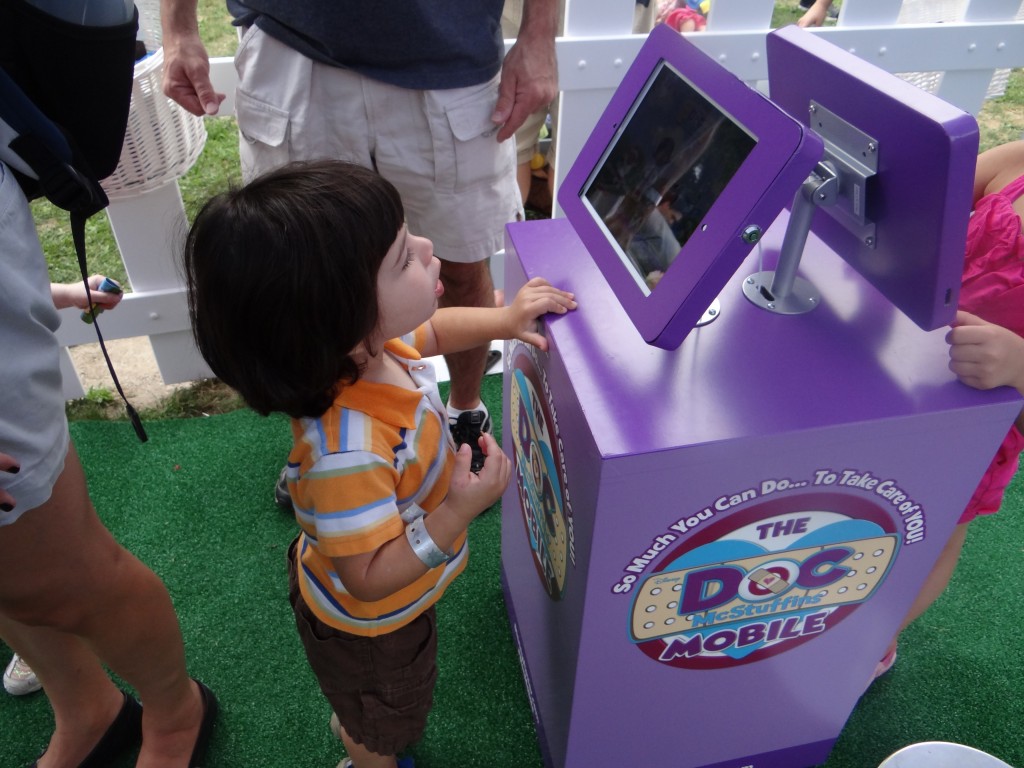 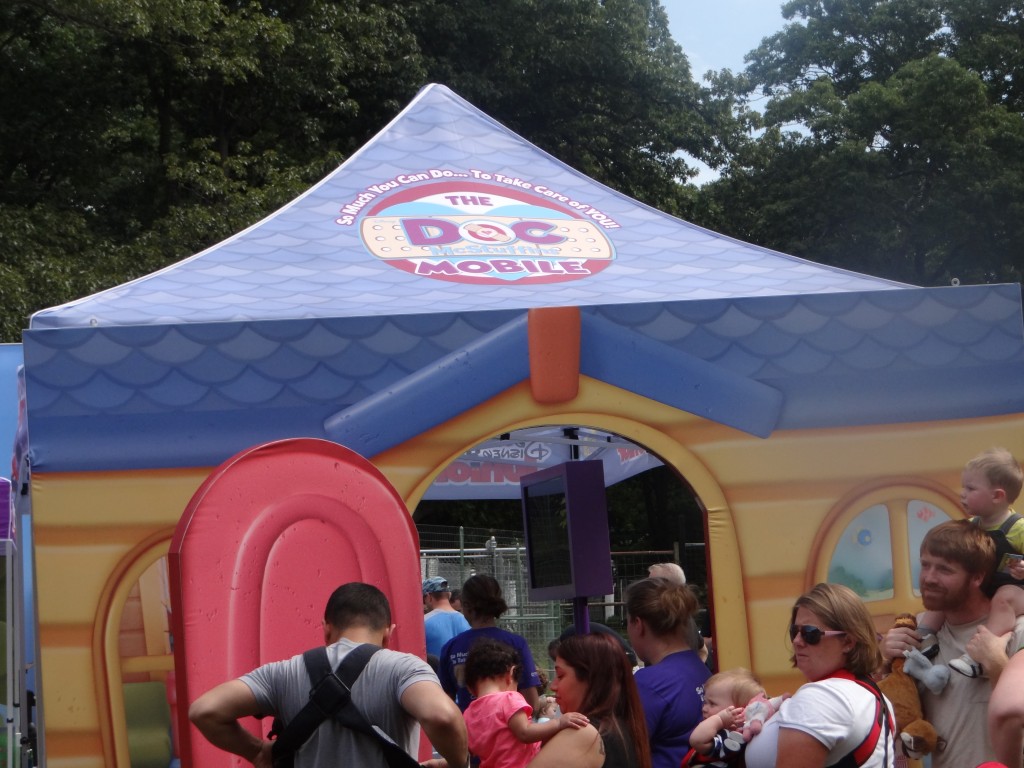 We then went on to the Doc Hydrating Station where each child was given a Disney water bottle and able to play water games with the Doc team. They all got to fill up buckets to hydrate Lenny back to health. It was quite cute to see each child get in on the action. They then went to the arts table where they had coloring set up! What kid does not love to color?! They were able to color a place mat while being taught about healthy eating habits. It was interactive coloring to showcase eating well to stay healthy! 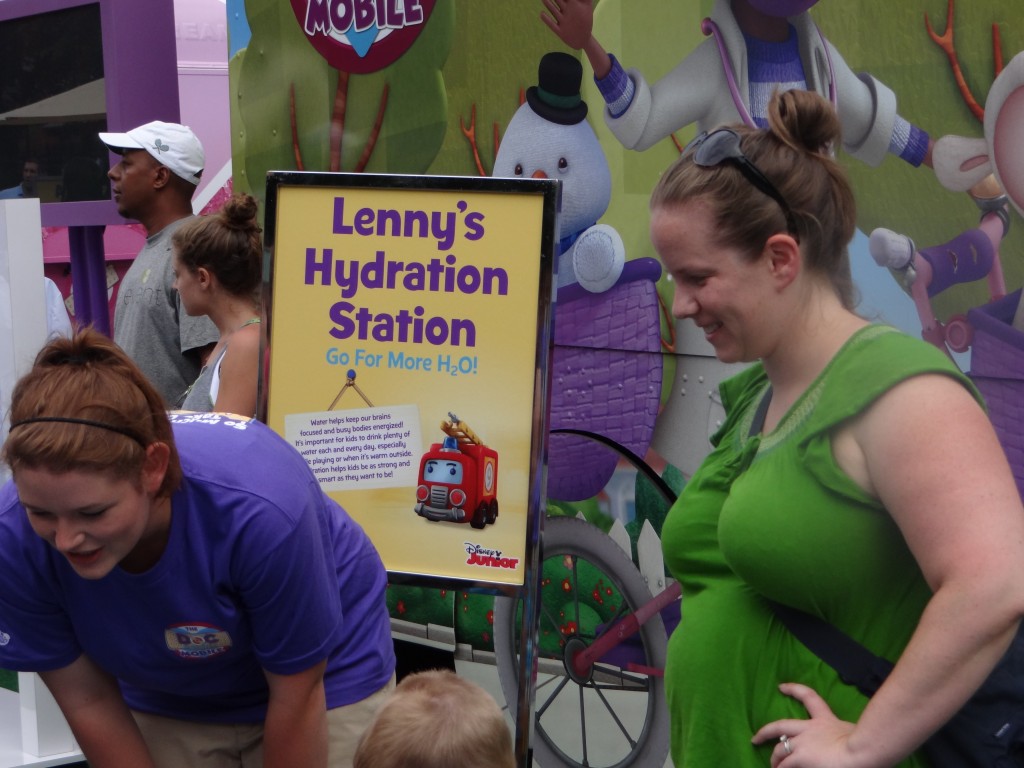 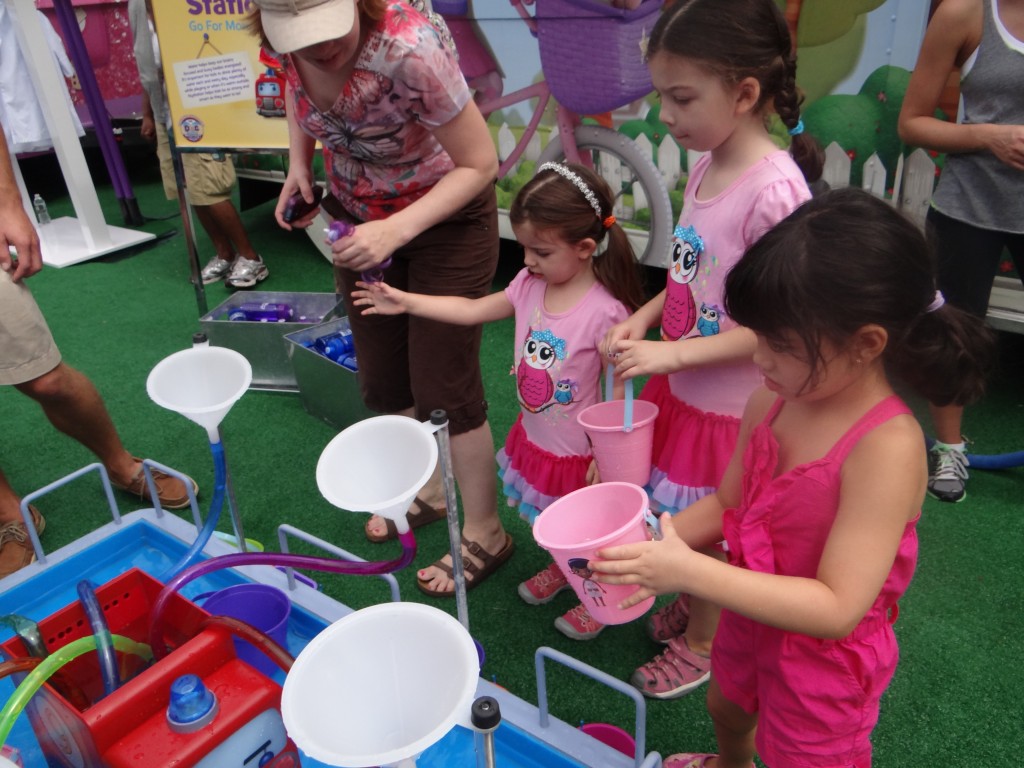 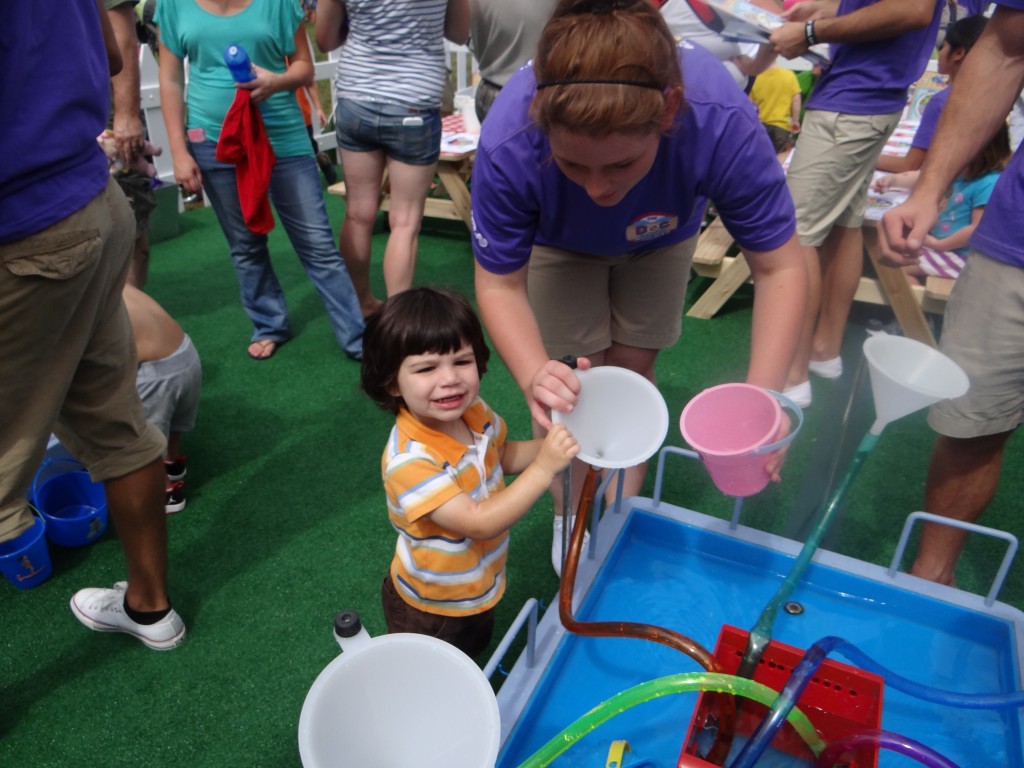 Lastly, each child was given a stethoscope and lab coat to go inside the Doc Mobile fan which was filled with everything Doc! Each station inside the van allowed the child to be “Doc” for a day. They loved being doctors and giving the tigers, and other characters, check ups! Inside the van, the Doc music played as well! 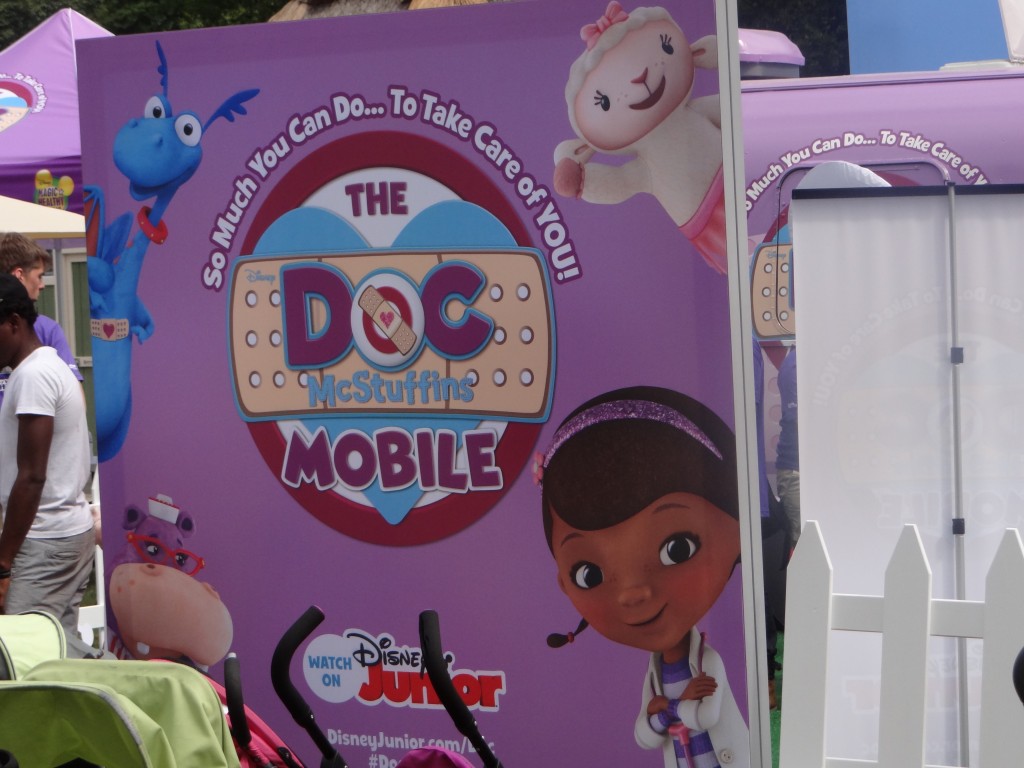 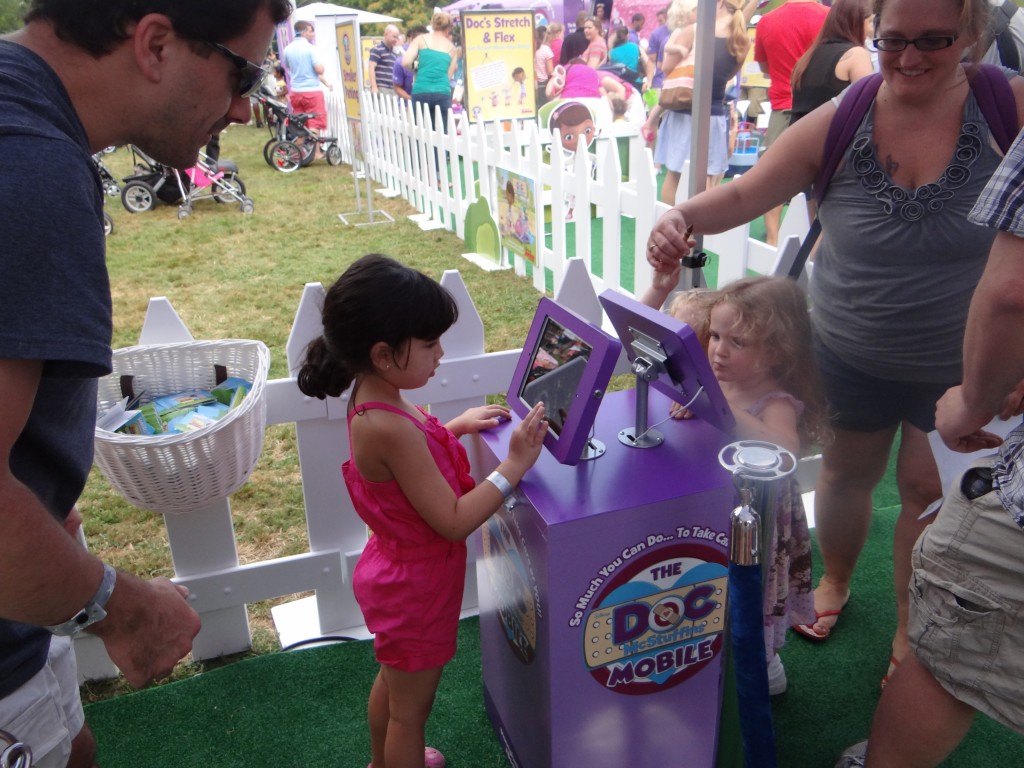 Finally, they ended the event with a special photo session and a gift bag given to each child!

If you have a #DocMobile Tour coming to your city, do not miss it! I repeat- DO NOT MISS IT!

The following cities will be on this upcoming tour:

Fort Worth Museum of Science

* I attended this event as a media blogger. All opinions are my own and not swayed by outside sources.

Graco Nautilus 3-in-1 Car Seat Review-Giveaway!
Getting My Grass Green This Fall with TruGreen! #TruGreen